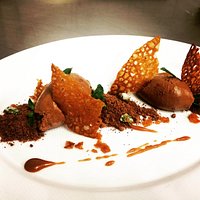 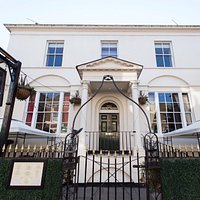 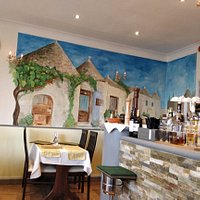 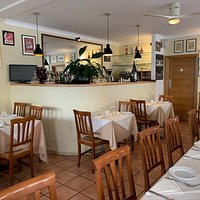 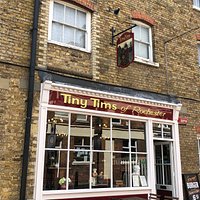 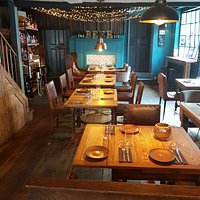 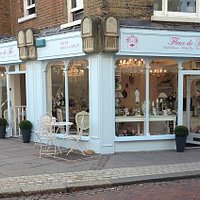 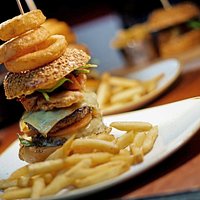 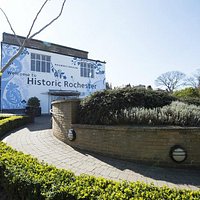 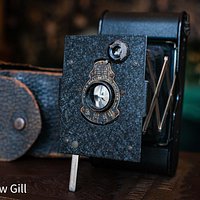 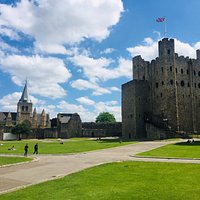 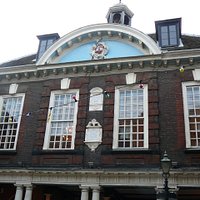 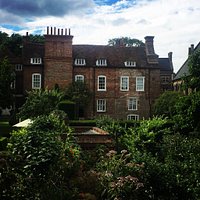 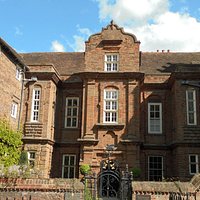 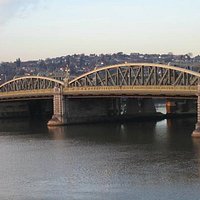 ‘Watt(s)’ the Dick’ens is going on at the poor travellers’ house again - I hear you ask!

The must see 6 PTH has undergone a cabinet reshuffle (literally) that’s ‘Watt’, which makes this 16th Century historic site well worth a 2nd visit & then some!!

A fascinating alms house situated in ‘The silent High Street…’ ‘in the ancient little city of Rochester in Kent’ visibly inscribed, inter alia, in the annals of history and immortalised in Dickens’ very own short story ‘The 7 Poor Travellers’. However, far from being relegated to the annals of history, the ethos behind the 6 PTH has never been more relevant today!

EXHIBIT: Enter Stage left or rather through ‘the quaint old door... (an arched door)’ ‘and… ben(d) [your] head, and [descend] down two steps into the entry.’

‘Watt’ did the 21st Century ‘Lockdown’ and its mantra ‘We’re all in this together’ associated with the virulent strain of COVID-19 (already added to the OED) show us? Namely that ‘It is a time…when want is keenly felt’.

Never has the chasm between ‘A Tale of Two Cities’ been more evident - the pandemic having given rise to an unprecedented number of calls for help on an ever dwindling charitable purse with ‘Many thousands…in want of common necessaries’ – to which the ‘Watts’ Charitable arm and its 6 PTH are no strangers, having seen it all before, especially during the 1630s and 1902 plagues and everything else in between. The paradox is simply, that in the midst of the health crisis, humans need connection with each other more than ever!

Once again the Watts Charity continues ‘to execute in no niggardly spirit the intentions of Master Richard Watts!” and has risen to the challenge, bucked the national trend and met the ‘Great Expectations’ identified in its mission statement by providing much of the financial assistance needed to remodel the sensory/hydro pool at Abbey Court School, so its S.E.N.D pupils can benefit from a safe, stimulating space in order to understand and feel the freedom of movement that allows them to relate to their environment; to meet the cost for 5 nurses and a palliative care nurse to be trained at the Wisdom Hospice and to help AgeUK (Medway) distribute meals for the elderly in the ME1/ME2 areas, to name but a few!

Watts ‘was simply and staunchly true to his duty…’ and I feel certain that both he and Dickens (considered travellers / migrants both) would be proud to see the continuation of the Charity’s ethos resonating through the streets of Rochester today, in what can only be described as some of the hardest social restrictions put in place since the 2nd World War and the effect it has on those who have fallen on ‘Hard Times’.

It simply does what it says on the tin!

EXHIBIT: Enter Stage right this time – in ‘Watt’ was the original supper room:

‘Lockdown’ also afforded the venerable, passionate Custodians - Elizabeth et al; the time to reorganise the exhibition, which includes many wonderful artefacts from the 6PTH’s golden era, now collated under one roof, as well as a 19th Century register of travellers, which takes pride of place in the adjacent ‘Travellers Room’.

Then take a well-earned breather on the garden bench just outside the 2nd and 3rd bedrooms to pause, listen to the audio transcript and reflect on the evocative recollections of travellers experiences; like those of ‘Rags’ who, with britches held up by string, had need of the hospitality offered at the 6PTH after walking all the way from Wales during the 1920s depression, armed only with the vain hope of finding work in the coal mines at Dover, only to return to Wales without any luck!

‘Watt’ better way to while away an afternoon, with the peal of the Cathedral bells and sounds of trickling water never far away!

And not forgetting the charm of the physic courtyard garden where 'the...perfumes of the little flower-garden [at the rear] scented the air around’; the fruit, vegetables and medicinal plants all in abundance ‘[shine] in the morning dew…: and the birds [sing]…’ and ‘. . . a very preserve of butterflies as I remember it. . . where the fruit clusters on the[vines], riper and richer than fruit… in any other garden…’ – it’s true, things just grow well here and all evidently a labour of love, for there’s a spirit here which clearly manifests itself through abundance! It’s a haven from the hustle and bustle of modern day life.

There is no doubt in my mind that the 6PTH has – in the words of Gerry Rafferty - ‘got it made (yeah) in the garden of England, where the sun comes up to see us every day’!

All this and to think, it was at the 6PTH itself, where I rubbed shoulders with Charles Dickens’ great, great grandson, Gerald Charles Dickens, whilst he was filming the latest adaptation of the great man’s work - A Christmas Carol - standing in the very place where Dickens’ himself once stood!

So Hear ye! Hear ye! - partake in the latest 21st Century fashion trend and don on that mask, make good use of that antibacterial gel and get thee to the 6PTH – and if the Reader would indulge me a little longer - I may be so bold as to borrow yet another quote from Dickens himself “Do all the good you can and make as little fuss about it as possible.” After all ‘Mankind was [Watts’s] business; charity, mercy forebearance were, all, [his] business’!
Written 7 October 2020
This review is the subjective opinion of a Tripadvisor member and not of Tripadvisor LLC. 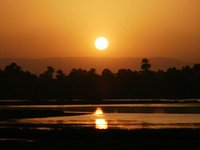 Adrian and Sian D
Gravesend, UK35 contributions
Little gem
Sep 2020
Great place to visit. We have being meaning to pop in here for years and finally managed it. Small but a very interesting Lovelace to discover more about local social history. It had a lovely calm feel and the courtyard garden was so peaceful. We arrived 10 minutes before closing, but we're welcomed in and told not to rush.
The volunteer was friendly and very willing to help with questions.
I would come agsin, just to take on the atmosphere.
Written 23 September 2020
This review is the subjective opinion of a Tripadvisor member and not of Tripadvisor LLC.

Navigator756774
3 contributions
Fascinating and welcoming.
Sep 2020 • Family
Make the most of the limited opening hours for this little gem. Friendly owners present a fascinating and beautiful property and garden with great exhibits that are informative but don’t overwhelm you. Great to hear about the trust’s legacy and how it’s still helping people centuries on. It’s free but was more than happy to leave a donation.
Written 23 September 2020
This review is the subjective opinion of a Tripadvisor member and not of Tripadvisor LLC.

Nudibranch11
London, UK5 contributions
Historical Rochester
Sep 2020
A really interesting place to pop in (for free) with a beautiful garden. A knowledgeable guide who told us all about the history and the current work of the charity and the Watts almshouses. Amazing to think that this building was going from 1586 to 1940 helping poor travellers. We visited in the 441st anniversary of the founder's death and staff were receiving an anniversary gift.
Written 21 September 2020
This review is the subjective opinion of a Tripadvisor member and not of Tripadvisor LLC.

peter w
1 contribution
Great little house in the heart of Rochester
Aug 2020 • Solo
What a lovely little gem of a place on Rochester High Street! I've walked past it hundreds of times, never been in before..my mistake!

Great history, well preserved, a lovely herb garden at the back. And a really interesting overview of it, from one of the guides..

I knew about the Watts Trust, they have almshouses in Rochester, but hadn't appreciated all of the history..

I recommend going inside and seeing it for yourself.
Written 24 August 2020
This review is the subjective opinion of a Tripadvisor member and not of Tripadvisor LLC. 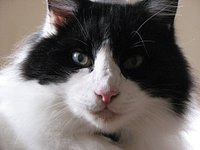 Chicopus4
Abergavenny, UK49 contributions
A lovely (and free) piece of local history
Aug 2020
Its free, its friendly and its a lovely little piece of local history. We particularly liked the garden, with the tiny bedrooms around the garden used by the travellers. The volunteer on duty was very welcoming and informative. Any contributions not only go towards maintaining the house, but also the modern almshouses maintained by the same trust.
Written 23 August 2020
This review is the subjective opinion of a Tripadvisor member and not of Tripadvisor LLC.

Gemma
Rochester, UK5 contributions
Excellent little find.
Aug 2020
What a wonderful hidden treasure! It has delightful garden. Informative and friendly staff. It was very interesting learning about the house and how it started.
Written 5 August 2020
This review is the subjective opinion of a Tripadvisor member and not of Tripadvisor LLC.

PollyAnne2
4 contributions
Visit to Rochester, Kent, England.
Oct 2019
On visiting Rochester, we came across this beautiful old building. It was absolutely fascinating with lots of history. If you are interested in Charles Dickens or any other history of this house, this is where you will find it. A sweet garden out the back also :-)
Written 24 February 2020
This review is the subjective opinion of a Tripadvisor member and not of Tripadvisor LLC.

transmanche@blueyonder.co.uk
Rochester, UK8 contributions
Six poor travellers house.
Mar 2019
OK - a free visit. The 18th Century house has six bedrooms (very primitive - made up, small cupboard, washing bowl, ) and one general room for meetings, plus a small kitchen, plus nice garden outside. A pleasant 20 minute visit. Days of past 18th - 19th Centuries, when poor travellers were on the road. Nice to see someone offered it free (possibly Richard Watts charities). We left feeling upfreshed by the charity.
Written 11 December 2019
This review is the subjective opinion of a Tripadvisor member and not of Tripadvisor LLC.

Steve K
Rochester, UK29 contributions
A historic oasis in the heart of Rochester
Mar 2019 • Couples
To understand the history of Rochester take a visit. The staff/custodians on hand are very informative, don't rush round. Look, listen and read and absorb all this slice of history has to offer.
Written 6 November 2019
This review is the subjective opinion of a Tripadvisor member and not of Tripadvisor LLC.
2
…
21
Showing results 1-10 of 202