Relaxing and quaint - Review of Fukasan

This place was very quaint and the staff very welcoming. The rooms were clean and comfortable and we had a view of the sea.
Breakfast was delicious.
You are within easy walking distance to the morning markets and the lacquerware shops.
I can certainly recommend this place highly.

Trip type: Travelled as a couple
See all 19 reviews
Nearby Hotels 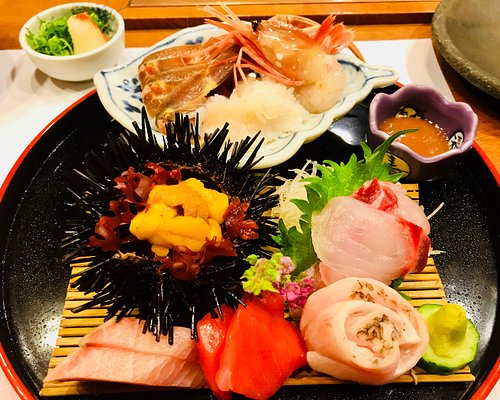 Ryokan A Ryokan is a traditional Japanese accommodation which typically features ‘futon’ (folding mattresses) on ‘tatami’ (straw mat) floors. Many Ryokan are known for their public baths (typically "Onsen" hot springs) and their traditional cuisine. 24/7 front desk service is not guaranteed for this accommodation type.
Sponsored
Noto no Sho
US$332 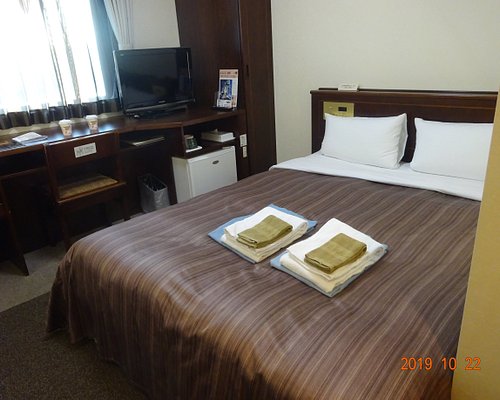 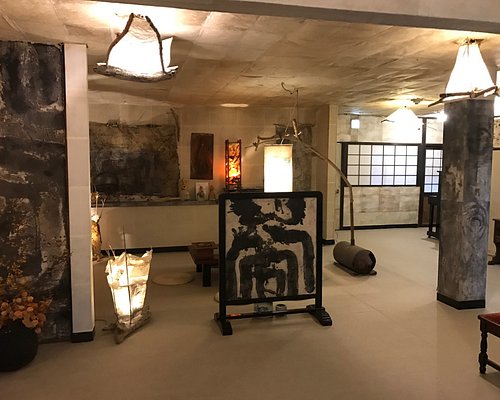 Ryokan A Ryokan is a traditional Japanese accommodation which typically features ‘futon’ (folding mattresses) on ‘tatami’ (straw mat) floors. Many Ryokan are known for their public baths (typically "Onsen" hot springs) and their traditional cuisine. 24/7 front desk service is not guaranteed for this accommodation type.
Shinbashi Ryokan Japanese Style Hotel
US$87

Expedia.com
View deal
Free cancellation
Pay up to 12X
Travelocity
US$87
Booking.com
US$83
CheapTickets
US$87
View all 9 deals from US$83
12 reviews
0.7 km from Fukasan
We compared the lowest prices from 9 websites
Ryokan A Ryokan is a traditional Japanese accommodation which typically features ‘futon’ (folding mattresses) on ‘tatami’ (straw mat) floors. Many Ryokan are known for their public baths (typically "Onsen" hot springs) and their traditional cuisine. 24/7 front desk service is not guaranteed for this accommodation type.
Noto no Sho

This place is extremely friendly , excellent included Japanese breakfast and inexpensive at 7000 jpy per night incl breakfast. Best budget option when staying in Wajima.
Easy to find directly across from athletic field.
Japanese rooms with tatami mats and futon.

This review is the subjective opinion of a Tripadvisor member and not of TripAdvisor LLC.
Marc K
Driebergen, The Netherlands
85
Reviewed 26 April 2013
Very good minsuku in Wajima, very good food and friendly

the food in this minshuku is superb, very nicely prepared and served. The rooms are very nice and so is the building, entirely made out of wood. the location is very nice close to the harbor and the boat to Hegura-jima (that did not sail because of rough weather). They have their own onsen bath wich is very nice as you are allowed to use it as a family. The staff is friendly and always eager to help.Some english is spoken but very little so pack you best japanese :-) ...

This review is the subjective opinion of a Tripadvisor member and not of TripAdvisor LLC.
JamesClevelands
Montreal
48
Reviewed 29 August 2009
The Real Deal

Very traditional and charming ryokan, in a nice location. Traveled there with the family, and it was everything a ryokan should be, though it is hard to book if you don't speak Japanese. Rooms are comfy, with nice views, and the onsen is great, too. Meals include fish, for dinner AND breakfast, so you may be fished out. Service is typical of this type of establishment - attentive and warm.
Note: Lonely Planet has featured this ryokan in its pages, and the owners are not sure why. They are actually a little wary of foreign tourists, as some have at times booked rooms and have never showed up. Also, Lonely Planet says that 'waves crash at your window,' which is misleading, since the ocean, though visible, is quite a ways away.

This review is the subjective opinion of a Tripadvisor member and not of TripAdvisor LLC.
Hazy_moon
Belgium
18
Reviewed 11 August 2009
Comfortable lodgings, excellent meal, warm reception

My husband and I stayed at Fukasan this July on our trip through Japan. We rented a car at Kanazawa and travelled to Wajima and back along the coast.
Fukasan is not easy to book if you do not speak Japanese, so we asked our B&B host in Kyoto to do that for us. The effort well paid back as the minshuku was excellent value for money.
The house is newly restaurated and is silky smooth to touch because it has been lacquered all way through. Our room had an excellent view of the harbour, in the morning we could even film the sunrise&sea.
We dined in a separate room. Every dish contained fish or other sea products and was very fresh. As seafood lovers we nominated it as one of the best we had on our trip.
The mineral onsen was big and new. As a family we could go in together alone which again was different from other minshuku's or ryokan's we stayed in.
The owners do not speak much English, just enough to make up a bill and get you a bier or a town map. They were very helpful though in everything they could do for us.
I would definitely come back to Fukasan.