A very 'Japanese' experience in Tokyo - Review of Hotel Edoya

US$97
US$91
View deal
Free cancellation until 05/11/21
Booking.comUS$91
PricelineUS$97
ZenHotels.com
View all 12 deals
Prices are the average nightly price provided by our partners and may not include all taxes and fees. Taxes and fees that are shown are estimates only. Please see our partners for more details.
HafodBlueMountains
Blue Mountains, Australia
223164

A very 'Japanese' experience in Tokyo

We chose to stay here because it was a traditional, not a western, hotel. Sleeping and living in a traditional Japanese room was a real experience for us. There were 3 metro/train stations all within walking distance which meant getting anywhere in Tokyo was easy (once you understand how the transport system works). There is a Japanese restaurant (not English speaking) on site and the hotel breakfast is very Japanese, not western, so be warned. Just up the hill is a lovely temple, worth a visit and check out the petrol pumps at the garage at the bottom of the hill. While a little old in decor, the atmosphere was great. English speaking staff at reception were very helpful. Try the communal bathing on level 6 which was great fun. Very close to Ueno station from where the trains to the airport depart, then a short ($10) taxi ride to the hotel. So much more character than staying in the tourist centres of Tokyo.More

Show less
Room tip: It's worth paying a little more for the bigger rooms - we had one of each.
See all 325 reviews
Nearby Hotels

Expedia.com
View deal
Free cancellation
Pay up to 12X
eDreams
FindHotel
US$29
Hotels.com
US$42
View all 12 deals from US$29
317 reviews 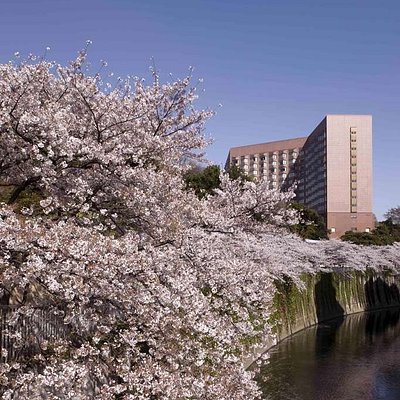 Expedia.com
View deal
Free cancellation
Pay up to 12X
Hotels.com
US$85
Trip.com
US$61
Priceline
US$94
View all 11 deals from US$61
130 reviews
1.2 km from Hotel Edoya
We compared the lowest prices from 11 websites
Hotel Wing International Korakuen

Travelocity
View deal
Hotels.com
FindHotel
US$26
eDreams
US$39
View all 13 deals from US$26
268 reviews
1.1 km from Hotel Edoya
We compared the lowest prices from 13 websites
Ochanomizu Inn
US$56
US$42

Expedia.com
View deal
Free cancellation
Pay up to 12X
Hotels.com
US$42
Booking.com
US$55
Priceline
US$56
View all 13 deals from US$42
90 reviews
0.4 km from Hotel Edoya
We compared the lowest prices from 13 websites
Tokyo Garden Palace

Hotels.com
View deal
Orbitz.com
Agoda.com
US$57
ZenHotels.com
US$71
View all 12 deals from US$57
130 reviews
0.4 km from Hotel Edoya
We compared the lowest prices from 12 websites
Dormy Inn Korakuen Hot Spring

Orbitz.com
View deal
Expedia.com
US$60
eDreams
US$57
Trip.com
US$74
View all 13 deals from US$57
37 reviews
1.4 km from Hotel Edoya
We compared the lowest prices from 13 websites
Suidobashi Grand Hotel

Great central location - walk to Ueno Park, multiple major train lines, and Akihabara.
Stayed in a traditional Japanese room (2 adults and 2 kids) and space was fine - we spent most days out and about.
Bathhouse was enjoyed by both kids, and breakfast was included and had good variety.

Amazing value for where it is and with meals included. Free internet computers in the foyer. Laundry available for use (low cost for washers and dryers).

Clearly popular with school groups as we had 4-5 different schools through in our week there.

This review is the subjective opinion of a Tripadvisor member and not of TripAdvisor LLC.
Joe G
Warwick
3
Reviewed 29 September 2012
Reasonable for the price

We came here on a school trip because it was reasonably priced and close to everything. First impression was it was TINY. I was sharing the room with three other people and we just fit in the room. On the first day, I tried to use the hairdryer and it gave me a mild electric shock as there was many holes in the cord. However, it has everything you need and is a great traditional ryokan experience.

This review is the subjective opinion of a Tripadvisor member and not of TripAdvisor LLC.
Kazuko O
17884
Reviewed 28 September 2012
Great place if only the airconditioner was better

We stayed at Edoya in the middle of September when the temperature was still over 30 degree and our room was too hot to sleep. It might have been only our room as nobody else seems to have complained about it. Otherwise, the hotel was very good. It is quite outdated, but everything worked and it didn't bother us. The baths on the top floor were great. Although it was very hot, we still took a hot bath and enjoyed it. The location was very good - close to Ueno, Okachimachi and Akihabara stations, very convenient to get to the airport. The taxi from the hotel to Keisei Ueno cost less than AU$10. We enjoyed walking around Ueno, especially between the Ueno and Okachimachi stations, through 'Ameyoko'. We stayed in Shijuku last time but the Ueno area is much more interesting It has got much more 'old day' feeling. Hopefully we will be back there before long.

This review is the subjective opinion of a Tripadvisor member and not of TripAdvisor LLC.
EspenSOre
Ithaca, Greece
11465
Reviewed 21 September 2012
With a bath on the roof!

I enjoyed staing in this hotel very much. There are both Western style and Japanese style rooms - I chose a Japanese style room and found it very good. The only reason I have not given 5 stars is that there is not network connection in the rooms although there is one in the lobby area.
In the top-floor, partially on the roof, there is a traditional Japanese hot bath, one for women and one for men. A rest in hot water unedr the Tokyo sky was soothing for my jet lagged body and mind! The staff is friendly and helpful, and as always I loved the traditional japanese breakfast.

Room tip: I chose a "Single superior Japanese style" - this was not especially expensive and a delightful room, almost a small suite
Ask EspenSOre about Hotel Edoya
Thank EspenSOre

Pros: large rooms, excellent traditional breakfast buffet, and terrific location. It is a very traditional ryokan. So traditional that it appears that the whole hotel has not been renovated for the last 50 years. Really felt like I was staying in a museum. The bedding was clean.

We took showers and baths in the 6th floor public bathroom. It is nice to be able to take a bath in the balcony. The bathtub can comfortably fit 2-3 people if you are from the same family. It is too small to have two strangers sitting in the bathtub together. The bathtub temperature is all over the place. Sometimes it is too scalding hot, sometimes it is too cold. I stayed for one week in this hotel; I know what I am talking about. I would recommend checking the tub's temperature first, adjust the faucet, then go take a shower. After the shower, the tub should be in the right temperature.

The breakfast (if you like a traditional Japanese meal) is quite sumptuous.

There is wifi in the room. Two old computers are in the lobby for guests.

The lobby has pretty tea rooms.

About bed bugs that some reviewer had written about... I did get one bite. Not sure if it was a bed bug. It definitely took a whole week to go away. It was not a mosquito bite.

The hotel has not been renovated for a long time and some part of the room looks very drabby. However, I did appreciate the relatively large rooms. There are certainly hotel rooms in other hotel in which you would have trouble finding room to open your suitcases.

I picked this hotel because this is a rare Japanese hotel that has room to accomodate four.

I recommend going to the nearby origami center to buy origami kits. I recommend going to nearby 7-Eleven to buy some cup-o-noodles and bring them back to the hotel to eat. The hot water pot in the room has been useful also for making tea. I also recommend going to "Niki no Okashi Bikku Kan" to buy all manners of Japanese snacks really cheap. And the whole area around that store is where the locals shop. Lots of cheap stuff there, all next to Matsuzakaya Department Store.

This review is the subjective opinion of a Tripadvisor member and not of TripAdvisor LLC.
View more reviews
PreviousNext
1…171819…