Expedia.com
Hotels.com
Travelocity
View all 11 deals
Prices are the average nightly price provided by our partners and may not include all taxes and fees. Taxes and fees that are shown are estimates only. Please see our partners for more details.
Laila_ilil
Singapore
4522

The location is great with a lot of shopping centers within walking distance but I guess this hotel was located at the lower cost side of ikebukuro as on the way to this inn from train station, there are a lot of posters/advestisement with sexy ladies posted on it. But the streets were very safe to walk pass even after midnight. Few 24 hrs convenience stores within a min walk, eateries too are around the corner. Room was small buti totally accepted it since it is Tokyo.

See all 179 reviews
Nearby Hotels

Sponsored
Sakura Hotel Ikebukuro
US$47
US$38

Expedia.com
View deal
Free cancellation
Reserve now, pay at stay
Hotels.com
US$38
Priceline
US$47
Booking.com
US$47
View all 14 deals from US$38
735 reviews 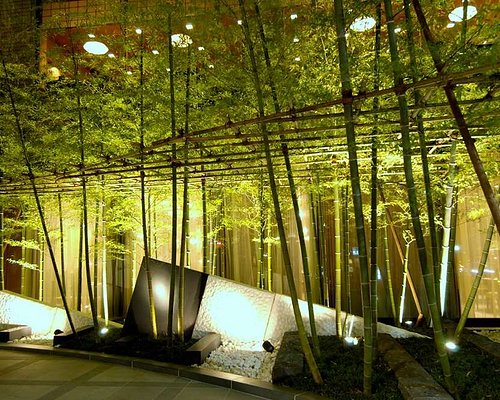 Expedia.com
View deal
Free cancellation
Reserve now, pay at stay
Hotels.com
US$45
Booking.com
US$45
ZenHotels.com
US$52
View all 12 deals from US$45
283 reviews
2.5 km from Toyoko Inn Ikebukuro Kita-guchi No.2

Expedia.com
View deal
Free cancellation
Pay up to 12X
Hotels.com
US$45
Trip.com
US$37
Priceline
US$48
View all 11 deals from US$37
242 reviews
0.1 km from Toyoko Inn Ikebukuro Kita-guchi No.2
We compared the lowest prices from 11 websites
Sunshine City Prince Hotel
US$61

Expedia.com
View deal
Free cancellation
Reserve now, pay at stay
Booking.com
US$63
FindHotel
US$58
ZenHotels.com
US$93
View all 14 deals from US$58
1,068 reviews
1.0 km from Toyoko Inn Ikebukuro Kita-guchi No.2

Expedia.com
View deal
Hotels.com
Trip.com
US$47
Travelocity
View all 11 deals from US$47
100 reviews
1.5 km from Toyoko Inn Ikebukuro Kita-guchi No.2

Expedia.com
View deal
Free cancellation
Pay up to 12X
Priceline
US$35
FindHotel
US$32
Trip.com
US$43
View all 11 deals from US$32
5 reviews
0.7 km from Toyoko Inn Ikebukuro Kita-guchi No.2
We compared the lowest prices from 11 websites
Hotel New Star Ikebukuro

We stayed here for 2 nights on the tail end of a two week trip around Osaka and Tokyo. The room size was fine (we had #328), and with two large backpacks between us, we didn't need to use the under-bed storage space. Beds are comfortable enough, though quite hard (I actually prefer this over soft beds, but it may be an issue for some).

Breakfast was simple and filling, but most definitely Japanese style only, in spite of what the information slip given to us by reception said.

Location-wise, the hotel is very convenient and there are a number of Family Mart/7-11 etc nearby. Ikebukuro station is a 5-10 minute walk but you need to make sure to take the north exit because the station is so huge. At ikebukuro you can get on the JR Yamanote line and also some of the narita express direct trains stop there.

Unfortunately, the bathroom was really quite smelly, to the point that it was better to leave the door closed. It wasn't dirty, but smelled as though the drains were blocked. Also, the main bathroom drain is lower than the plug hole in the bath, and so on draining the bath water, it all bubbled up out of the main drain, leaving our clothes, which were on the bathroom floor, sopping wet.

Obviously these aren't major problems, and had we been staying longer I probably would have asked for a room change because of the smell in the bathroom, but I will probably look for another place to stay next time I'm in Tokyo.

This review is the subjective opinion of a Tripadvisor member and not of TripAdvisor LLC.
jas_yeo
Singapore, Singapore
6482
Reviewed 11 October 2012
Still as good!

Stayed at Toyoko Inn Ikebukuro 2 for the 3rd time and it is still as good! I still cant find any problem with it. Good budget hotel i'll say. However, this time round, there dont seems to have any Chinese working staff anymore but the staff speaks minimal english, enough to understand. As I was already a member and had been accumulating points, I manage to redeem One night free. 1N for 1 point and 10 points to redeem 1N free. Still my trusted budget hotel chain!

Oh there's a Lawson nearby now! I remember it wasnt around when I was there 2yrs back. So makes food choice really convenient. There's Lawson, Family Mart, 7-11 and a lot of restaurants nearby.

This review is the subjective opinion of a Tripadvisor member and not of TripAdvisor LLC.
s_nasadin
Kuala Lumpur, Malaysia
80107
Reviewed 3 September 2012
Convenient location

My family of two adults and a child stayed in this hotel for three nights in March 2012.We had booked the hotel on-line and it was chosen mainly for its close proximity to the train station and a halal restaurant, both of which are less than a ten-minute walk away. Days earlier, on our arrival at Haneda airport en route to Osaka, we stayed at Toyoko Inn Haneda, a much smaller hotel compared to this one. This hotel has a bigger, more impressive looking lobby and a seating area which is also used as a breakfast dining area. We booked a double economy room on eco plan (no housekeeping services provided) using a discount card that could be purchased at any of the Toyoko Inn hotels. The room itself is the typical Japanese hotel type - small with even much smaller bathroom but with near complete amenities and very clean. Fortunately we were out sightseeing most of the time, so it was sort of bearable for us. We found the bed comfortable and the yukata provided useful as night wear. We did sample the complimentary breakfast which was quite alright although the selection was very limited. The staff had limited ability to communicate in English - communication could have been a problem to us if not for our son in-law who could speak Japanese. Overall, for the price we paid for (knowing how expensive Tokyo could be compared to where we come from), the hotel had been a good choice for us for our stay in Tokyo.

This review is the subjective opinion of a Tripadvisor member and not of TripAdvisor LLC.
fallenclover
Singapore, Singapore
4747
Reviewed 5 July 2012
Not too bad

The hotel is about 5-10mins walk from the Ikebukuro station. The location is pretty convenient such that it's only a few stops away from popular spots like Shinjuku and Shibuya (all along the JR line). I think there's quite a lot of stuffs at Ikebukuro but unfortunately I didn't have time to give the area a good look. There's Family Mart nearby which I thought was really awesome because I can get nice yummy onigiri for supper. The staffs are really friendly and nice. The complimentary breakfast provided in the morning was good! Totally yummy. The room is so goddamn small!! My friend and I had some trouble moving around in the room despite being quite petite. But on the bright side, the room is very clean and the bed is comfortable. We were given discount because we opted for the eco thingy where they will not have to clean our room for the second day (we stayed for only two nights). Overall, it was a very good experience staying here and I will probably stay here again on my next visit.

This review is the subjective opinion of a Tripadvisor member and not of TripAdvisor LLC.
Daniel S
Singapore, Singapore
1427
Reviewed 10 June 2012
Not as good as Ikebukuro Kita-guchi 1

Inn No.2 is just a minute walk from Toyoko Inn Ikebukuro Kita-guchi No.1. I have done a reviewed on No.1. Please read my full review there. The difference between these two are the rooms are generally smaller in Inn No.2 as compared to No.1.

I happened to stay in a single room that is so small that there is hardly any walking room. My business partner was luckier as he got a bigger single room. The room door swings outward to the hallway is because the room is small. Apart from this, Toyoko Inn maintain its standard as a high quality budget hotel. I still enjoyed my stay despite this small set back. My advise is to book in Inn No.1 first and to only go for Inn No.2 unless there is no room available in the earlier.