Agoda.com
Prices are the average nightly price provided by our partners and may not include all taxes and fees. Taxes and fees that are shown are estimates only. Please see our partners for more details.
BONNERDONNA
1

Trip type: Travelled as a couple
See all 19 reviews
Nearby Hotels 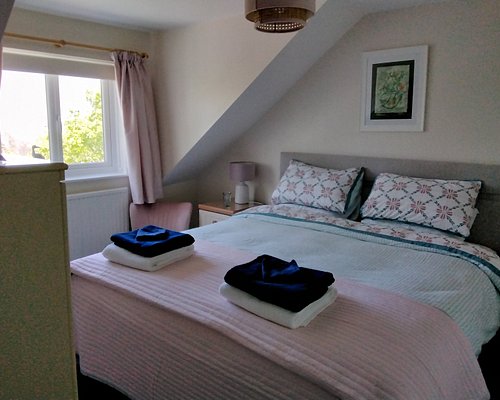 Top Rated
Breakfast included
Summat Else B & B 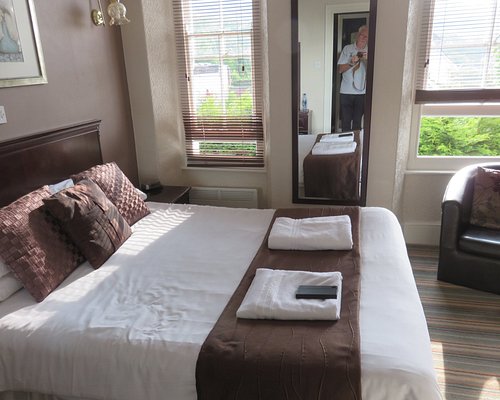 Breakfast included
The Cambrian Hotel - B &B, Pub and Restaurant 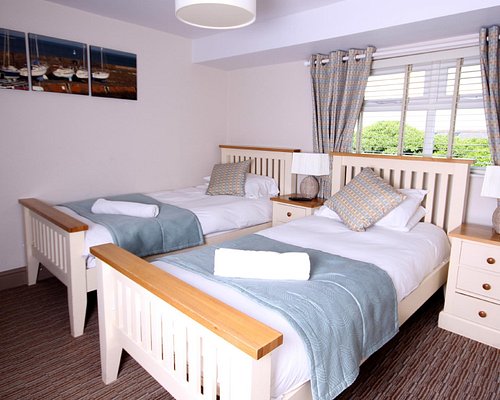 What we didn't like:
This business could really improve on the following, and sadly this is why I don't recommend it.
No attention to detail when serving in the restaurant and in the rooms:
If we are a family of three, cutlery, toiletries and toilet rolls for three people would be expected to be provided. Making the beds and replenising coffee and tea facilities would have been nice too. When the owners/staff was approached regarding replenishing of shower gels and shampoos they said that they only give one on arrival (small tubes for one use, for one person) as most guests bring their own toiletries with them!

Lack of good customer service to ALL their customers: we experienced an issue with the shower not having water on the day we were checking out and when we raised the issue we did not get an apology but saw the owners/staff apologising to another family who had the same issue and were staying for longer. Whilst I was already in the shower struggling to get the shampoo and soap off my body, my husband went downstairs to explain the problem and moving to another room for the shower was offered. This solution was unpractical and by the time my husband returned to the bedroom Ivve already sorted myself out as better as I could. In any case, I believe the issue was in all rooms in the hotel and walking in robes full of soap to the end of the corridor to another bathroom wasn't my idea of a having a normal shower.

We left with a bad taste on our mouths and felt this business did not appreciated all their customers' custom, definitely not ours! Going the extra mile is always a plus for any business. If there is a technical issue, or any inconvenience caused by the hotel and the guests are asking if anything can be done (like a small discount off the bill which is what we asked for, for not being able to shower properly as water stopped running from the shower whilst shampoo and gel was already on my body, in the morning on the day of check out). The owners were not apologetic to us, argued about the things I could have done (I explained I had to wash my hair with cold water from the hand washing sink and they said that I could have used the hot water from the basin too! I explained that as there are two taps one for hot one for cold, it was not possible and they said I should have mixed it together on the sink and wash my hair there! They even asked me what a big hotel would have done for me (I don't know what that has anything to do with anything), they were adamant to listen to my views and my complaint and in the end they totally REFUSED a discount.

I rather give my custom to a good business/ good owners that would appreciate custom and truly care for all their guests.

What we liked:
My husband got an Amazon small parcel delivered and they collected it for him.
Large spacious rooms and bathrooms.
Plenty of storage (wardrobe and drawers) in the rooms.
The location for exploring the area was fantastic.
Tasty food (but portions sizes vary from day to day!)

This review is the subjective opinion of a TripAdvisor member and not of TripAdvisor LLC
John H
Derby, United Kingdom
5724
Reviewed 9 September 2020 via mobile
Excellent

Just pulled in at end of long wet day. Lovely place. Immaculately clean rooms.....faultless. Food very very good. Staff are so friendly and helpful. Would recommend this as a welcome stop for anyone. .

Stayed over the weekend and had a lovely break. Rooms big, comfy beds and owners couldn't do enough for you. Friendly atmosphere and we all felt comfortable from the start. The food is outstanding both breakfast and dinner and reasonably priced for the portions and quality. Looking forward to staying again next time we head to New Quay.

This review is the subjective opinion of a TripAdvisor member and not of TripAdvisor LLC
Kelly B
112
Reviewed 24 August 2019 via mobile
Really nice food and rooms, and a warm welcome

We stayed in the flat here for a night. The flat has a double and a twin room, a kitchenette and own bathroom. It was clean, the beds were comfortable and only a short distance from New Quay. We had tea at the hotel bar - 4 different meals, all absolutely delicious. There was a large party in the restaurant which was right below us, but I would expect a bit of noise staying at a pub and it died down at closing time. Breakfast was included in the price of the room and was equally as good as the evening meals. The staff were all pleasant and helpful.
The only issue was that my husband had to reattach the shower to the wall as it had come off but this was easily sorted.
I would definitely recommend a stay here :)

This review is the subjective opinion of a TripAdvisor member and not of TripAdvisor LLC
StitchDavies
Birkenhead, United Kingdom
91
Reviewed 4 August 2019 via mobile
Fantastic

We stayed here while we were researching family tree in the area. The staff are very friendly and helpful. We stayed in room 11. This had a double bed and a single bed. Good sized room with tv tea/coffee making facilities and hair dryer. Good sized shower stocked with toiletries. We kept the window open all night and theres no problem with noise from the road outside. The food in the resturant is amazing. Good sized portions. The locals are all friendly too. Would definetly stay here again.