US$239
US$151
View deal
Free cancellation until 26/01/22
Hotels.comUS$175
eDreamsUS$238
Destinia.comUS$239
View all 16 deals
Prices are the average nightly price provided by our partners and may not include all taxes and fees. Taxes and fees that are shown are estimates only. Please see our partners for more details.
helenlow0913
Selangor, Malaysia
51

This is our first stop hotel when travelling in Hokkaido. It was a great hotel with very nice front view of lake toya from the hotel lobby. The room is big and comfortable for family of 4. The restaurant in the hotel served variety food in buffet style. It was all delicious and great lake view while having our breakfast and dinner. My children love this hotel so much and wish to come back again next time if we visit Hokkaido again. 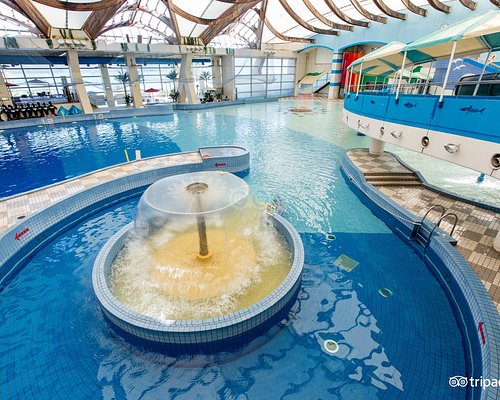 Top Rated
Ryokan A Ryokan is a traditional Japanese accommodation which typically features ‘futon’ (folding mattresses) on ‘tatami’ (straw mat) floors. Many Ryokan are known for their public baths (typically "Onsen" hot springs) and their traditional cuisine. 24/7 front desk service is not guaranteed for this accommodation type.
Sponsored
Toya Sun Palace Resort and Spa
US$155 Hotels.com
View deal
Expedia.com
US$315
CheapTickets
US$315
Trip.com
US$441
View all 14 deals from US$315
26 reviews
0.0 km from Toya Sun Palace Resort and Spa
We compared the lowest prices from 14 websites 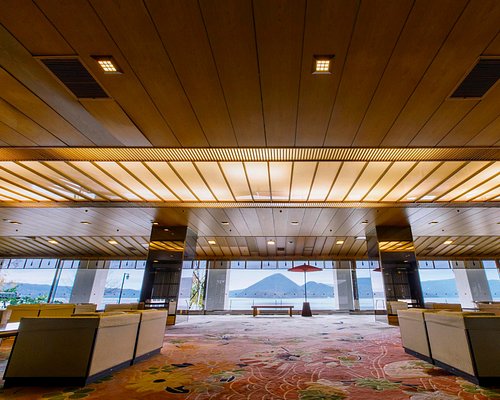 Hotels.com
View deal
Priceline
Agoda.com
US$217
Etrip
US$265
View all 15 deals from US$217
399 reviews
0.7 km from Toya Sun Palace Resort and Spa
We compared the lowest prices from 15 websites
Yutorelo Toyako

Hotels.com
View deal
Expedia.com
US$105
FindHotel
US$55
Trip.com
US$174
View all 15 deals from US$55
150 reviews
0.8 km from Toya Sun Palace Resort and Spa
We compared the lowest prices from 15 websites
Pension Ohno

Toya Sunpalace was the best hotel we stayed in throughout our whole 8 day trip in Hokkaido. It really set the tone for our trip, it being our first hotel. The view of Lake Toya from the lobby is very refreshing and warm to see even on a cold winter’s day. The lobby also boasted cozy furnitures and decorations which were very pleasing to the eye. The rooms were ok and spacey, and also offers view of not only the lake but also the christmas light fixtures. The hotel also has a very warm water park for those wanting to bathe in hot water, but not in the onsen located beside. There was a ping-pong recreational area, as well as a small amusement park. The highlight of the hotel was the buffet. There was a very wide variety of food, from sushis and ice creams to pizzas and scallops, there is no excuse to not get full after a meal in the hotel dining. Almost no one speaks english though, so tourists would have to make do with broken english and pointing and using sign language but overall, this hotel is very good.

This review is the subjective opinion of a Tripadvisor member and not of TripAdvisor LLC.
dikdikbaba
11
Reviewed 3 January 2019
poor hotel

The hotel room I stayed was in very bad conditions, very old, smelly, and the mattress were very uncomfortable. The toilet is super small and bad. I could not believe the rooms were so poor and unacceptable although the lobby is nicely decorated. The receptionist at front desk are in bad attitude and unhelpful. They way they talk to customer will really upset the guests. I stayed in this hotel from Dec 31 to Jan 2, it was during a peak season, so it was very noise. Basically, they telling the guest to go away. I will not recommend this hotel to any person living on earth!

This review is the subjective opinion of a Tripadvisor member and not of TripAdvisor LLC.
dennisuy
Manila, Philippines
7139
Reviewed 30 November 2018
great view of Lake toya but rooms are quite dated

The entrance and the lobby of the hotel was quite impressive. The buffet dinner and breakfast which came with the room rate were quite filling, and the food choices were better than expected. The onsen spa offered at the basement of the hotel was quite impressive as well. The view from the onsen pools towards LAKE Toya was breathtaking. We were even fortunate to see fireworks by lake Toya at night. But alas , the room beddings and the mattresses were lumpy, dated and not enticing to sleep in, We actually just opted to spread the comforters and thin mattresses over the tatami deck to sleep. SAD. The view from the room window which faced lake TOYA was breathtaking as well.

Room tip: get the rooms facing lake toya to have the breathtaking view through the room window.
Ask dennisuy about Toya Sun Palace Resort and Spa
2  Thank dennisuy

This review is the subjective opinion of a Tripadvisor member and not of TripAdvisor LLC.
yuimar
127
Reviewed 7 November 2018 via mobile
レジャー感 満載

This review is the subjective opinion of a Tripadvisor member and not of TripAdvisor LLC.
njfamilytravellers
New Jersey
244
Reviewed 30 September 2018
Exellent onsen, but beware of smoky hotel rooms!

If you have any aversion to cigarette smoke, beware of the Toya Sun Resort and Spa. It has several things going for it, which I will describe below. However, the hotel has 9 floors of rooms, with floors 2-7 being smoking floors, while floors 8-10, which charge extra, are listed as non-smoking floors. I booked through TripAdvisor, using Getaroom, and there was no indication that my room would be on a smoking floor. When I got to the hotel and went to my room, the room was infused with the smell of smoke. I asked a women at the check-in desk about changing rooms. She said there were no rooms available on the non-smoking floors. She was very nice and did take me to another room, which was marginally better, so with no alternative, I stayed in that room for 2 nights. She gave me an air cleaner, but even though I ran it the entire time I was there, I’m not sure it did anything except recirculate the smell. I did my best to stay out of the room during the stay, but I still had to sleep there. When I got to my next hotel, a modern one, my clothes smelled of smoke. Despite some of the nice things noted below, I would never stay there again unless I was on a non-smoking floor. Note that the common areas on the first floor are not smoky!
Excellent: Fabulous onsen (Japanese baths). Modern and clean. The outdoor baths look out over Lake Toya, and if you are in the baths during the evening fireworks (starting at 8:45) as I was, it was an incredible way to relax and watch the fireworks explode over the water (including ones which light while they are on the surface of the water!). Also excellent is that because it is wedged between the road and the lake, the dining area, the sitting area and all of the rooms have a great view of the lake.
Good: Breakfast, heavily tilted toward Japanese food, was good. Dining room is enormous.
Not so great: Aside from the smell, the room, and especially the bathroom, were in need of a makeover. Also, the windows are all locked (signs say to prevent bugs from getting in), so there was no opportunity to air out the room.
Beware: As noted below, very few staff spoke English. That is OK, but I found it frustrating that the concierge staff did not even have an English version of the local bus schedules (easily available in the bus station) or any other literature about the area in English (again, bus station had a good map of interesting hiking trails in the area.)
Note: The hotel has nearly entirely Japanese clientele. It seems like it is a self-contained Japanese family vacation spot, having the great baths, and an attached water park. Since it caters to Japanese vacationers, very few staff spoke any English and the ones that did were not very fluent. It is a couple of hundred yards outside of town. It is an easy walk to town, although the first half is not attractive. Town has small restaurants, a visitor center, and a bus station and a volcano museum (that I did not visit). Finally, there is a free shuttle bus to the hotel from Sapporo (leaves at 1:00, need a reservation). The hotel did not tell me this when I emailed them about how to get from Sapporo to the hotel, but a Japanese friend found out about it.