Kohjum Cliff Beach Resort
Lowest prices for your stay
Lock in the lowest price from these sites
US$65
US$42
View Deal
Trip.comUS$65
Prices above are provided by partners for one room, with variable occupancy rules as provided by the property, and do not include all taxes and fees. Please see our partners for full details.
Paige S
England, United Kingdom
569

Had a fabulous stay here! Extremely friendly staff although only a couple of them really understand English but they will do everything they can to help. We practically had the place to ourselves including the private beach. Free snorkelling equipment. Room service. The beach is rocky but perfect for me who is afraid of the ocean so you can snorkel by the rocks very close to shore - unfortunately low tide means no swimming unless you walk less then 100m down the beach.
The room is dated and could do with some repairs but i would certainly stay again :)

Trip type: Travelled as a couple
See all 16 reviews
Nearby Hotels 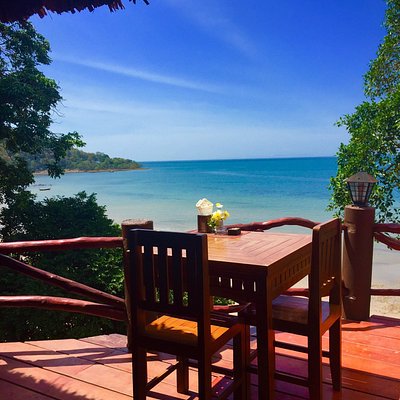 Hotels.com
View Deal
Expedia.com
US$26
FindHotel
US$23
Agoda.com
US$26
View all 12 deals from US$23
88 reviews
5.4 km from Kohjum Cliff Beach Resort
We compared the lowest prices from 12 websites 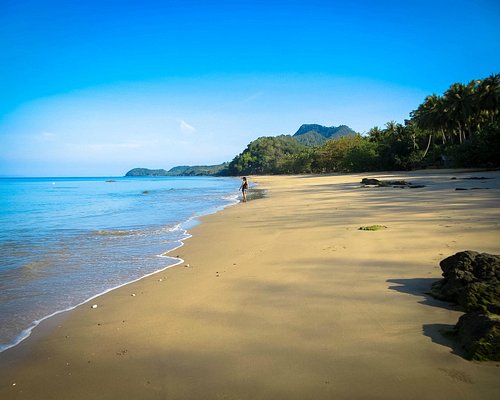 Hotels.com
View Deal
Booking.com
US$13
Expedia.com
US$80
Travelocity
US$80
View all 14 deals from US$13
190 reviews
0.3 km from Kohjum Cliff Beach Resort
We compared the lowest prices from 14 websites
Andaman Beach Resort Koh Jum
US$97

Stayed here for one night whilst visiting the island of Koh Jum.

The island: beautiful and chilled out - amazing places for food.

The hotel grounds: lovely and clean and tidy. Reception / restaurant is open air so you can take in the views. Could do with some fan in it as when the wind drops it can be quite hot!

Staff: such helpful people. Very kind and welcoming, will do anything for you.

Location: good location and on a nice beach. You have to walk down a bit to be able to swim as there are some rocks but that's ok!

Rooms: this is the part that lets the hotel down. From the outside they look very nice, raised from the floor with balconys looking out to the trees where the monkeys come to eat (they don't bother with you). Once inside, it is a different story. There are gaps in the floor so potentially bugs can creep up. The decor is very outdated (orange walls, blue curtains, old ceiling tiles, dark wood furniture) and the curtains have seen better days. The bedding is a fleece so it is very hot - would be much better to have sheets. The bathroom is basic but functional. In saying all of this, the room was clean and a bit of bug spray before bed meant we had an undisturbed sleep.

This hotel has great potential and hopefully with the new owners there will be an improvement in the rooms.

This review is the subjective opinion of a TripAdvisor member and not of TripAdvisor LLC
Cornelia S
11
Reviewed 31 December 2016 via mobile
Terrible!

No working light in the bathroom, no hot water. Cracks in the floor, mosquito net was the only windows witch resulted in that we were woken up at 3 , 5 and 7 am thanks to the roosters. The ocean view ( witch we payed extra for) was able to see between other houses if you stod on the balcony and l looked to the right.

Let's tell you about the food. They didn't get anything right an as vegetarians we got chicken! And it was cold.

And now to the good stuff. The staff is really friendly and even if it's only one of them who speaks a little English everyone try. The Island, Kho Jum is really beautiful and worth a visit. But live somewhere els than at the cliff beach resort.

We stayed on koh jum in February 2016 at Ting Rai Bay, on a day out we stopped at Uza Beach resort for lunch.
im trying not to be too harsh.
there were no working toilets and nowhere to was your hands.
service was slow and after 20 minutes we ordered a bottle of water a pad thai and chicken and cashew nuts.
we waited a further 20 minutes for the water to be brought to us and only then after asking and it was warm. as for the food which arrived separately about 10 mins later and 10 mins apart it was dreadful.
It was the only food we didn't eat whilst in Thailand for the month.
neither my wife or myself could finish the food.
noodles were both cooked and undercooked in places, the chicken was tough and the food was tasteless and cold.
my wife's meal was also poor, in taste and temperature.
during our lunch there were 2 other tables in the restaurant so not exactly busy.
as the English do we vote with our feet and wouldn't return or recommend this place.

This review is the subjective opinion of a TripAdvisor member and not of TripAdvisor LLC
dannyboytravels
San Carlos, California
22364
Reviewed 9 February 2016
Great location, great potential

Uza Beach Residence is located in a perfect mid-island spot on Koh Jum. It's walking distance to Ting Rai village (for groceries or restaurants) and in-between the other two villages on the island. The rooms vary from garden bungalows (with or without aircon) to apartment-style rooms in the villa on the cliffs above the beach. (I gave both kinds of rooms a try - each had its pros and cons). The property has a restaurant that provides one of the best spots on the island to relax.. with a tile floor, a cool breeze flowing through. WIFI wasn't working at the time, but I think that will be fixed shortly. With WIFI, the location is perfect to hunker down and do some computer work - since unlike so many other locations on the island, the Uza Beach Restaurant is clean and sand-free. The property also has a yard facing the beach, with a tiki hut and tiki bar providing two places to relax and enjoy the sunset. (Or you can sit in the restaurant to enjoy the view). Uza Beach itself is nice, at the far end of the long beach on which several other resorts sit. The sand is a bit coarse, and at low tide, there are rocks exposed -- but that is typical of all the beaches on Ko Jum. I will definitely stay here again. Like so many other resorts on the island and in Thailand, yes, there are some bugs / geckos running around - and nothing is brand new or in perfect condition That's just part of the rustic island experience.

This review is the subjective opinion of a TripAdvisor member and not of TripAdvisor LLC
bearshaz
Choeng Thale, Thailand
7845
Reviewed 10 January 2016
Makes Faulty Towers look like the Hyatt!!!!!

this is my 3rd trip to Koh Jum.....long tail boats pick you up from the ferry which they did & took us to the resort a little way from Uza then motorbike kart to Uza 50mt max then charged us 100bht each for the pleasure (wasn't so much the money but people should be made aware of this as other resorts do not charge). we check in a guy introduces himself, Dan who was a nice guy, the manager will be back soon I just help out around here.manager arrives, Ben, he tells us we have been upgraded, we think bonus, shouldn't have got ahead of ourselves.....our "upgraded rooms" which is separate from the rest of the resort..rooms are average so not sure what rooms we booked would have been like.we have booked 3 rooms.one of the rooms doesn't have an ensuite which i was not happy about.we put out stuff in our rooms & head to the bar for a drink..Ben was at reception & i ask him about wifi password, I got a 1 word answer BROKEN.I then mention to him that I don't have a TV in my room even though I have the cords & 4 remotes, again 1 word answer BROKEN.....we wonder down to the bar, which is set amongst what can only be described as a unkept park.we are trying had to make light of the whole situation as we are on holidays.we have a couple of beers & some food (food was good).we go for a wonder, then head back to our rooms.I ask Ben when does he think the internet will be fix, he said well when I spoke to them 3mth ago!!!!!!on closer inspection of our rooms they were not clean.my sheet, only bottom sheet & a dirty looking blanket ( that bad that to sleep i used my sarong as i didnt want any ot the bed coverings to touch me), were stained with I'm not sure what.final straw was one of the boys went to have a nap, his TV doesn't work.off he goes speaks to Ben saying you need to fix all this & we want it resolved in an hour.just over a hour later Ben arrives with 3 beers, nice gesture too late.he admits that he over booked so thats why we are where we are, not upgraded more downgraded.he cant find us 3 rooms together on the island for that night & the next.he tells us how hard business has been, how he has never run this type of business before but really that is not our problem, our problem is you have not given us what we have paid for.its not 7pm too late for us to be going around the island looking for accom.we settle on staying that night, he offers us another beer each & free breakfast in the morning, we just want our money back for the next night so we can stay somewhere else to which he reluctantly agrees....that night we call in to the hotel that I had stayed @ the previous 2 time & they can fit us in(& they could have that night also,Ben couldnt have tried to hard as this resort is 2 doors up from him) .we check out for hotel nightmares the next morning decline the breakfast offer & Ben does refund our money for the night we are not stay, reluctantly & we are out of there. This is one if not the worst hotel experience i have ever had