TPE Airport Novotel has good rooms, however the communication among staff and guests leaves much to be desired. I’ve stayed here several times, and I’ve always left feeling underwhelmed. Specifically today as I was ironing my shirt in my room, the iron left rust stains on my shirt from the steam holes. I contacted the hotel staff asking for a new iron to try to salvage the mess i now have, and the iron they deliver has surface rust on the iron. Who doesn’t love a rust stained dress shirt! Bottom line, come here with freshly pressed items!

Trip type: Travelled on business
See all 2,338 reviews
Nearby Hotels 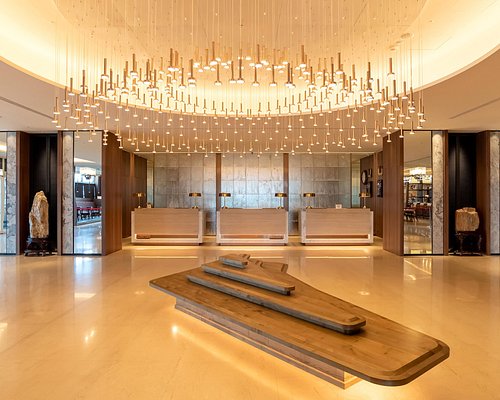 City Suites Gateway
US$37
US$35
Tripadvisor
View Deal
Free cancellation
Pay up to 12X
Hotels.com
Travelocity
eDreams
US$37
View all 13 deals from US$35
442 reviews
1.5 km from Hotel Novotel Taipei Taoyuan International Airport
We compared the lowest prices from 13 websites 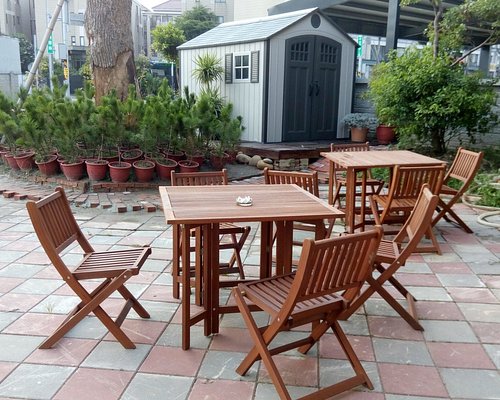 Hotels.com
View Deal
Agoda.com
US$26
Booking.com
US$30
Expedia.com
US$30
View all 10 deals from US$26
89 reviews
5.5 km from Hotel Novotel Taipei Taoyuan International Airport
We compared the lowest prices from 10 websites
Bluewater Hotel
US$34
US$29

Though it's not the first time I stay in this hotel, comments are still worth to be given. The welcome gift received surprises me. It was not the same kind of fruits as before. It was a packet of red packets for Chinese New Year. The design of them is lovely. Also, I got some strawberries, a piece of chocolate with a Chinese character 'luck' on the surface, assorted nuts and Madeleines. The presentation of them was good as well.

Upon my arrival, I found that the bathroom door could not be shut tightly. I talked to the staff about it at the lounge before I left for sightseeing. When I came back that night, the door was repaired. I was satisfied of the rapid response of the staff member, especially Krystal.

In the first evening, I stayed at the executive lounge after hanging out for a while day. While I was eating, a staff brought a plate of dessert which is made of ruby chocolate to me. It is my pleasure that I could taste them before they were officially launched during Valentine's Day. They were delicious.

On the last night staying in the hotel, I went to the lounge again after buying loads of souvenirs. I found steam fish and "Buddha's delight" (佛跳牆) in the food station which was out of my expectations. I think it is good for promoting Chinese food to non-Chinese visitors though they may not like them. Anyway, both dishes were good in taste to be honest.

Last but not least, I would like to thank all the staff in the hotel, especially Krystal, Ling, Rebecca, Ailen and Lucy for providing outstanding services during my stay.

This review is the subjective opinion of a TripAdvisor member and not of TripAdvisor LLC
Patrick_batman11
Hong Kong, China
3250
Reviewed 11 March 2020
Perfect location near Taoyuan Airport

We pick this hotel because of location , we need to get on plane on early morning.And this hotel just 5 mins ride away from airport.
Free shuttle provide at from 6 am , but also underground station just next to hotel , also can bring you to T1 & T2 in 5 mins.
If you want to go to Taipei , you can take airport express too, take you around 40 mins.
Staff are nice and room is so tide.
For sure will come next time.

We very much appreciate your comments regarding your stay at the Novotel Taipei Taoyuan International Airport. We hope your next visit will be as pleasant as the previous one.

Report response as inappropriateThank you. We appreciate your input.
This response is the subjective opinion of the management representative and not of TripAdvisor LLC
Snoofkin
IL
11046
Reviewed 14 February 2020
Good and convenient Airport Hotel

Stayed for one night before a flight back the next day.

Breakfast was superb, with endless options. Much more than I would expect from an airport hotel.

Rooms are comfortable and clean, better than the usual airport hotel rooms.

Location is very good. Not inside the terminal, but easy to reach with public transportation from the airport, or the hotel shuttle bus.
Also, a 15 min taxi drive to a near shopping center with many dining options.

One comment to the reception Manager - your team members seems to know their job, yet no really showing interest in their guests, more of "here's your room card, take it and move on". Nothing rude, just requires some fine tuning.

Thank you for taking the time to tell us about your experience at the Novotel Taipei Taoyuan International Airport. At Novotel, we strive to provide a superior service experience for every customer; therefore your feedback is very important to us. We appreciate your sharing your concerns, and it is our hope that you will give us the opportunity to better serve you in the near future.

Report response as inappropriateThank you. We appreciate your input.
This response is the subjective opinion of the management representative and not of TripAdvisor LLC
775teom
Singapore, Singapore
1738
Reviewed 12 February 2020 via mobile
BEST BRAISED PORK WITH MUSHROOM

We stay in Novotel Hotel from 10 Feb 2020,during the Coronavirus period. Everyone were wearing mask including us everywhere in Taiwan. Felt quite safe here. Very convenient too, the MRT is just at the doorstep.
Wouldn’t dare to explore many places due to the virus. Just relax in the hotel. We patronized the hotel’s restaurant, the breakfast was good, especially the braised pork with mushrooms. It’s was super... super good eating it with rice. Very flavorful and fragrant. We loved it so much.

We very much appreciate your comments regarding your stay at the Novotel Taipei Taoyuan International Airport. We hope your next visit will be as pleasant as the previous one.

Report response as inappropriateThank you. We appreciate your input.
This response is the subjective opinion of the management representative and not of TripAdvisor LLC
pllee1309
Penang Island, Malaysia
45
Reviewed 9 February 2020 via mobile
Appalled by staff's indifference

This is to bring to your notice that I am extremely disappointed with the service given by your reception and hotel management on the 25th January 2020 (First Day of Lunar New Year). It is truly a bad experience which has ruined what was supposed to be a happy holiday.

It was during Chinese New Year this year that my family and I (10 of us) have travelled to Taiwan and booked 5 rooms with your hotel. Upon arrival, we discovered the severity of the current novel coronavirus as it was just announced that someone from Taiwan was infected.

We noticed many hotel guests including staff were wearing masks. As we did not bring any, we asked the reception for the nearest convenience store and was directed to go to the airport as most stores near the hotel were closed for the Chinese New Year holidays. I travelled all the way back to the airport only to discover that all masks were sold out.

I then took a taxi to town and managed to purchase 5 masks which were the last few left on the shelves. My taxi driver even kindly gave me 2 masks. Upon returning to the hotel, I requested with reception to spare me 3 masks for my family members. The lady who was working at that time (and wearing mask) did not bother to even understand my situation or even check if they have any spares. She just said ‘not available’.

I then emphasized to her that if they could not spare us any, I will have to go out by taxi again to town and find some more. Bear in mind, this was during Chinese New Year Eve dinner time. That did not change a thing and I was told that hotel do not provide masks. It wasnt until I have entered the taxi for the second time when another staff came chasing after me to let me know they have some but it was too late as taxi has left.

I could see that all your hotel staff are wearing masks. I am appalled by the lack of empathy given by your front desk service even after understanding my situation. I did not demand for the hotel to provide masks for each and every one of my family members but only spare a few as we could not purchase any outside at that time.

The indifferent behaviour or as Chinese say, the lack of 人情味 has made me think twice about returning to your hotel. I have been a loyal customer of your hotel whenever I’m taking business trips to Taiwan and have always appreciated the customer service you offered.

However, this experience and the behaviour of your staff has left a bad taste in my mouth. I hope that in the future, your hotel should be well prepared to handle such type of situations better to make your guests feel safe, comfortable and well taken care of.

Thank you for taking the time to tell us about your experience at the Novotel Taipei Taoyuan International Airport. At Novotel, I would like to apologize again due to the availability for the mask. I will share this to our team and educate them for the better service. We appreciate your sharing your concerns, and it is our hope that you will give us the opportunity to better serve you in the near future.

Report response as inappropriateThank you. We appreciate your input.
This response is the subjective opinion of the management representative and not of TripAdvisor LLC
View more reviews
PreviousNext
123…390