US$68
US$56
Free cancellation until 13/03/21
View Deal
Hotels.comUS$68
Expedia.comUS$68
eDreamsUS$68
Booking.comUS$68
TravelocityUS$68
CheapTicketsUS$68
View all 14 deals
Prices are the average nightly price provided by our partners and may not include all taxes and fees. Taxes and fees that are shown are estimates only. Please see our partners for more details.
celine k
Singapore
2723

Decent business hotel near Tokyo Tower, Daimon station (about 3 minutes walk) and a JR station. Starbucks at the 1st floor. Many convenience stores (1 opposite hotel), eataries and fast food in the area.

Trip type: Travelled on business
See all 310 reviews
Nearby Hotels 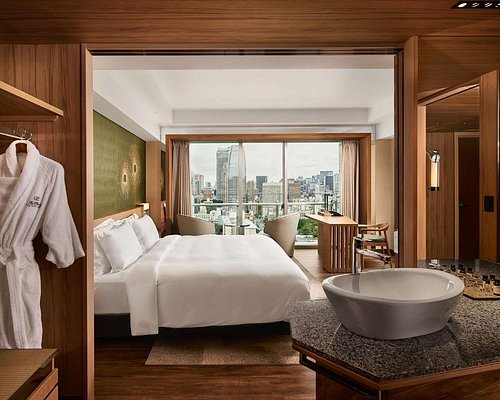 Hotels.com
View Deal
Free cancellation
Pay up to 12X
Expedia.com
US$215
Agoda.com
US$155
ZenHotels.com
US$254
View all 15 deals from US$155
2,115 reviews
0.5 km from Richmond Hotel Tokyo Shiba
We compared the lowest prices from 15 websites 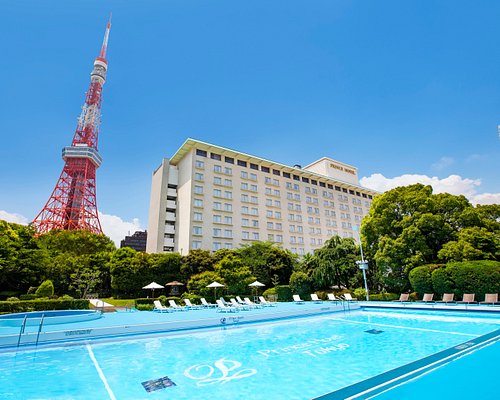 Hotels.com
View Deal
Expedia.com
US$139
Agoda.com
US$129
StayForLong
US$195
View all 14 deals from US$129
857 reviews
0.4 km from Richmond Hotel Tokyo Shiba
We compared the lowest prices from 14 websites 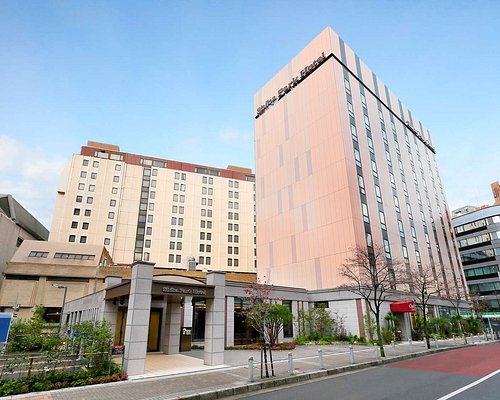 This was in many ways a standard Tokyo business hotel, but it seemed a bit better than average in that role. I've been in hotel rooms that would have been so much more usable if they were an extra 10 or 20 centimeters wider. My standard double room had just the necessary 20 centimeters of width so that you could use a chair in front of the desk, fit a suitcase on the floor, and walk around. It was still a small hotel room: just big enough to be usable, but no bigger. But that's much better than the common "not big enough to be usable" problem.

The wifi was very fast, though also rather flaky. There was a safe for my laptop. And the laundry facilities near the lobby worked (but make sure not to put the dryer on for more time than you need to; it's hard to stop).

There were a bunch of restaurants nearby, including places that many businessmen would get a Japanese breakfast at, so I had no trouble finding food near the hotel for breakfast, lunch, or dinner. It's quite close to the Daimon subway station and also quite close to JR Hamamatsuchō Station (on the Yamanote Line), so it's easy to get around.

This review is the subjective opinion of a TripAdvisor member and not of TripAdvisor LLC
Dazs
Shanghai, China
8248
Reviewed 19 March 2018
Close to metro and Tokyo Tower

Friendly staff, willing to help and able to communicate in English. The one bed room was clean, with adequate space to place luggage, as we spent a lot of time outside, a bathtub enough to soothe our bodies way more important than other facilities.

We had a nice lunch set at 炭火焼スペインバル Mon and casual supper at 串もん酒場 ちゃい九炉 and てけてけ all very satisfied and only few minutes walk from hotel.

This review is the subjective opinion of a TripAdvisor member and not of TripAdvisor LLC
Scooterelli
Bangkok, Thailand
7142
Reviewed 12 October 2017 via mobile
Pleasant stay

I stayed here for 3 days during my business trip to Tokyo. The location is great. Approximately 30 minutes away from Haneda airport on Monorail. Traveled around the city is so easy with JR green line (the station is in a walking distance).

Room was so clean. Though it might be small for two but I traveled alone and didn't spend much time on the room so it wasn't a problem.

There's a Starbucks just down on the first floor and Family Mart is just opposite the hotel. Zojo-Ji temple is also nearby.

This is a hotel within 6 minutes on foot from 3 stations, Shibakoen (Toei Subway), Daimon (Toei Subway), Hamamatsucho (JR line). Access to famous cities such as Roppongi, Asakusa, Shinjuku is convenient. There is also a monorail terminal station from Haneda Airport near the JR line. You can not see the Tokyo Tower from the room, but if you go in front of the Hotel entrance, you can see a big tower in front of you.

We have stayed here 3 times.
It's comfortable, clean and convenient to station to Hamamatsucho station.
Rooms are on the smallish side, but comfortable.
Friendly staff with some English available.
We recommend this hotel.