US$309
US$174
View deal
SAVE US$135
Free cancellation until 11/05/21
Hotels.comUS$309
PricelineUS$309
eDreamsUS$309
View all 18 deals
Prices are the average nightly price provided by our partners and may not include all taxes and fees. Taxes and fees that are shown are estimates only. Please see our partners for more details.
102missys
Muscatine, Iowa
116

We stayed at Breathless with the xhale club with a big group of friends. I don't have any complaints. Our butler Emilio was wonderful and made our stay very relaxing. We loved the hibatchi but make sure you make reservations right away when you arrive because it does fill up fast. 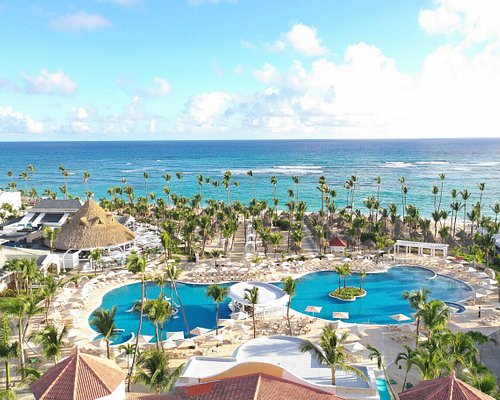 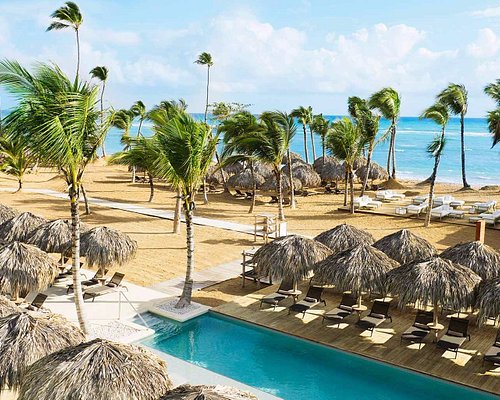 All Inclusive
Excellence El Carmen
US$360
US$342

Excellence Resorts
View deal
Free cancellation
Hotels.com
US$360
Expedia.com
US$360
Travelocity
US$360
View all 17 deals from US$342
6,623 reviews
0.8 km from Breathless Punta Cana 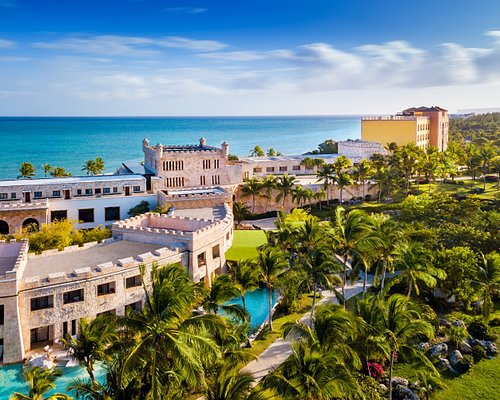 Excellence Resorts
View deal
Free cancellation
Expedia.com
US$360
Hotels.com
US$360
Travelocity
US$360
View all 17 deals from US$342
17,997 reviews
2.9 km from Breathless Punta Cana

The staff, food and everything was amazing! I will definitely be coming back again! The staff like pikachu, dumbo, frank, and papa smurf were so fun and attentive! Catherine and Saidy were also amazing and always came at the right time when we needed a drink! Alberto made paddle board yoga and pole dancing so fun! If your going to the DR come here!!!

This review is the subjective opinion of a TripAdvisor member and not of TripAdvisor LLC
midwesttravelerMpls
Minneapolis, Minnesota
2753
Reviewed 2 weeks ago
Food Service Supervisor Jonathan is the BEST!!!

This was our 7th vacation in Punta Cana. It was our first stay at the Breathless, a ALG AMresort. As always, our Amstar transport to and from the airport was great. We are a "above middle-age" couple and thoroughly enjoyed 95 percent of our stay at Breathless. Other reviews mentioned this resort was predominantly for a younger crowd. Not true. Half of the Breathless guests were middle-aged and older. We found this to be our favorite resort to-date. We LOVED the staff..., especially Food Service Supervisor Jonathan. Our room was always clean and cool. And our requests were mostly met. Except when I attempted to get a shot of Patron and was denied, because we were not "Exhale" guests. Stupid..., but no biggie. As far as the cocktails, they leave little to be desired (Yuck). I strongly suggest that the resort have a professional bartender give a class, teaching all of the resort "bartenders" how to correctly and consistently mix cocktails, no matter which bartender makes the drink. Nightly entertainment was meh. Even for old folks...haha.
We only encountered one concerning issue..., which was with the in-room safe. When we attempted to get in to the safe one evening, it wouldn't allow us. We called the front desk and they sent a maintenance staff person to open it. The following evening we had the very same issue. When the maintenance person arrived, he stated it was our fault because we were leaving it open and the housekeeper had to call him to close it. So, let's say this IS true..., and we left the safe open..., our HUGE question is "Why wouldn't the staff leave some type of notification informing us that we had indeed left the safe open and they had to close it? Further..., why wouldn't they notify us that we would now have to contact the front desk order to re-open the safe, because they had to close it? Providing notification to the guest makes sense, where matters of the safe are concerned. Simply have a pre-printed note and leave it on the dresser, informing the guest the safe was found open and the front desk needs to be contacted in order for it to be re-opened. This isn't complicated stuff. It's common sense. Meanwhile I advise anyone using the in-room safe to take your cell phone and record it being closed by you and showing you pulling on the door to ensure it is locked, before you leaving your room. That video just may come in handy.

You have a very friendly staff here at the Breathless Punta Cana. However one of the friendliest was Frank at the towel shack yesterday morning. This resort is a great place for adults to visit. If you are coming to the Dominican Republic you should look at this resort.

This review is the subjective opinion of a TripAdvisor member and not of TripAdvisor LLC
B4257LTbrents
32
Reviewed 3 weeks ago
Very clean, great service

This was our first trip since the pandemic and we were quite pleased with the safety measures that were in place. Hand sanitizer was conveniently located everywhere. Temperatures were taken before entering any dining area. They even made it easy to get your covid test before returning home. Our only complaint was that our butler made us an appointment to get the test but when we arrived to the testing area, we waited in line for two 1/2 hours. Aside from that, the resort was safe and clean and not very crowded.

The al a cart restaurants were great and the service was excellent at all of them. We never ate at the buffet but we did check it out for lunch and it appeared that they inconsistently had people serving some of the items. We chose to eat burgers and pizza from the beach grill instead. We loved that we never needed reservations except at Silk City, there was never a wait.

We stayed in the Exhale club area which was very nice and worth the upgrade. The bar service with Christian and German was excellent with top selections of alcohol available. We had great beach service as well. The pool area is quiet but there is plenty of other action at the other pools. We loved being able to walk over to the Now Onyx next door to play on the waterslides. Our butler, Willy, was very helpful and arranged dinner reservations at the Silk City Japanese restaurant, a birthday celebration at the Italian restaurant, extra bottle of rum in the room, towel decoration on bed and of course the covid appointment. Unfortunately Willy's English was limited so communication was at times difficult.

Entertainment at night was good which was either in the theater or at the outside theater depending on the weather.. The. casino is now is open and is small but that is typical. The Wink lobby bar was a bit busy.

All in all, the rooms were clean, the grounds were nicely kept and service was good and food was excellent. We had a great vacation.