US$110
US$92
Free cancellation until 27/01/22
View deal
Booking.comUS$110
Agoda.comUS$92
Hotels.comUS$92
PricelineUS$110
Orbitz.comUS$92
eDreamsUS$110
View all 17 deals
Prices are the average nightly price provided by our partners and may not include all taxes and fees. Taxes and fees that are shown are estimates only. Please see our partners for more details.
G3308NKjessp
1

We loved the Westender Inn! The setting was amazing - we loved how the location was on the cliffside - a drive from the 7 mile beach but we liked that, as it was off the beaten track and much quieter & peaceful. Incredible views of the sea, and if you're brave enough a ladder down to have a morning dip! The pool with a view of the sea was gorgeous and there's a nice relaxing bar area.
The rooms were spot on for what we needed - huge comfy double beds and loads of space.
The staff were lovely - extra shout out to Tino!! We felt at home as he first place on our arrival so thanks for the hospitality :)More 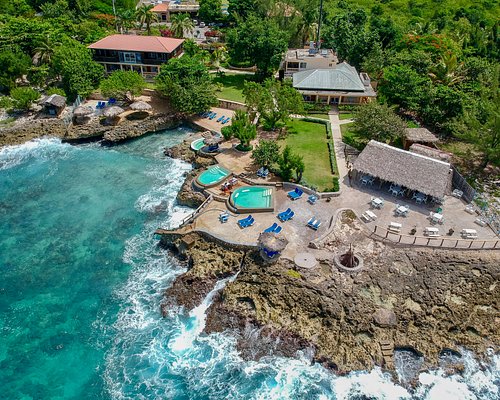 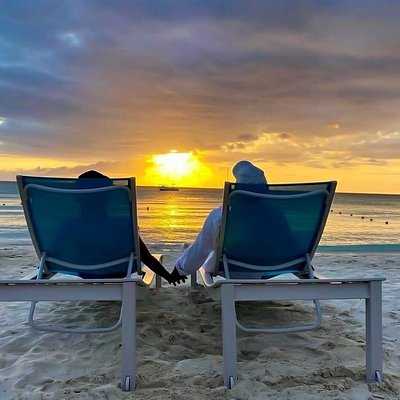 Hotels.com
View deal
Reserve now, pay at stay
Expedia.com
US$225
Priceline
US$200
Orbitz.com
US$225
View all 10 deals from US$200
17 reviews
7.3 km from Westender Inn
We compared the lowest prices from 10 websites

Top Rated
Ocean Cliff Hotel Negril
US$193
US$111
Booking.com
View deal
Free cancellation
Reserve now, pay at stay
Trip.com
US$157
Agoda.com
US$193
Hotels.com
View all 5 deals from US$111
6 reviews
6.0 km from Westender Inn
We compared the lowest prices from 5 websites
Coral Seas Beach
US$119
US$111

Expedia.com
View deal
Free cancellation
Reserve now, pay at stay
Hotels.com
US$111
Orbitz.com
US$111
Trip.com
US$119
View all 12 deals from US$111
56 reviews
6.0 km from Westender Inn
We compared the lowest prices from 12 websites
Firefly Beach Cottages
US$127

Expedia.com
View deal
Free cancellation
Reserve now, pay at stay
Hotels.com
US$127
Agoda.com
US$62
Priceline
US$69
View all 12 deals from US$62
305 reviews
7.8 km from Westender Inn
We compared the lowest prices from 12 websites
All Inclusive
Rayon Hotel
US$131
US$101

Expedia.com
View deal
Free cancellation
Pay up to 12X
Hotels.com
US$101
eDreams
US$131
Orbitz.com
US$101
View all 14 deals from US$101
234 reviews
7.8 km from Westender Inn
We compared the lowest prices from 14 websites
Sponsored
Blue Skies Beach Resort
US$225

Hotels.com
View deal
Reserve now, pay at stay
Expedia.com
US$225
Priceline
US$200
Orbitz.com
US$225
View all 10 deals from US$200
17 reviews
We compared the lowest prices from 10 websites
Foote Prints on the Sands Hotel
US$108

I cannot in good faith recommend this place. I booked it primarily due to reviews, but was astounded with the low quality of the place. I feel 3/5 is being generous. We booked the best room, their large suite including a kitchen with ocean views. When we arrived, we were shown to our room, the lady (maid) left, almost nothing worked (appliances). There was no dish soap, dish sponge, or even a lighter to turn on the stove. The room appeared very dated. It was really dirty. Towels were blood stained, hairs on sheets. My toddler even found some weed buds in the middle floor. There was only like 2 spoons and I believe 1 old pan only. We took an hour to figure out most of the appliances were not plugged in. We had to move most them including the fridge to plug it in. We had reserved a crib in advance. It was not there, the manager stated it was not possible to get it until the next day (which we never got). Things were closed that day in town due to a holiday and we ordered some basic things, like water and some sodas (coke and sprite) from the manager in addition to dish soap, sponge, broom. A few minutes later a worker came to drop off the water and the sodas (weirdly enough they sent a grape soda, not sure why, they had confirmed the had the other flavors). It was too late to move to another hotel. The next morning we went to the front office, we ended up meeting the owner, she was very empathetic, nice. She did her best to accommodate, we asked to be switched rooms to another more modern (although probably less than half the size room). We never did get the crib and we kept the small room (but not dated) for a couple of nights until we left. Even though all this happened, we ended up paying the full rate price for the suite which we didn't even stay in (for exception of 1 night). We even ate breakfast there a couple of mornings (kinda of expensive). We were at least expecting them to refund the difference in the price of the room, but we paid full price for the suite. On the positive side, the exterior grounds were nice, secluded. The breakfast was good and the employee Romaine was really nice. Our accomodation in Montego Bay the rest of the days was superb and was 1/2 the price.

This review is the subjective opinion of a Tripadvisor member and not of TripAdvisor LLC.
359jpa
1
Reviewed 2 November 2021 via mobile
Beautiful Location, Wonderful Staff

We stayed at the Westender for six nights in one of the cottages. The property is gorgeous, pushed right against the ocean. There are three pools on the property, two saltwater and one freshwater. The saltwater pools are both on the ocean, and the waves splash off the reef and into the pool. The sunset views are enough reason to stay here, but what set the Westender apart for us was the hospitality of the staff. They consistently went above and beyond to accommodate us, take care of us and make us comfortable. Tino, the driver, took us everywhere we wanted to go, helped us plan our excursions, and essentially acted as our personal tour guide. He went out of his way to make sure we had an amazing experience and our trip would not have been the same without him. Parchie, Natasha, Alex, and San combined to provide wonderful service at the bar/restaurant. Jahvid, Ashanti, and Sheree were also very professional, warm, and welcoming in the office. Mr Brown the Clown was the man at the gate and also very helpful in scheduling transportation. Samantha the housekeeper and Leon the groundskeeper were also lovely. The entire staff really seems like a family, which makes the Westender a very comfortable place that we really didn’t want to leave. Overall, we had an amazing time, highly recommend staying here and will be back as soon as we can.

This review is the subjective opinion of a Tripadvisor member and not of TripAdvisor LLC.
42rockoman
Newark, Ohio
1227
Reviewed 23 October 2021
perfect Jamaica !

just back from another trip to the Westender for a week and had a perfect time! The hotel is a couple miles outside Negril away from all the noise and people of the big tourist zones.We spent our days lounging in the salt water pools and eating really good food at the on site restaurant.We had fresh tuna one night,really good jerk chicken another, fruit plates and calaloo omlets with homemade toast in the mornings, and fresh produce from their on site garden, The grounds are immaculate with beautiful and interesting plant life.If you pay attention there is a great bird population around:mocking birds, conures ,hawks, pelicans,and so many more. We made one day trip to Half Moon bay for some sandy beach time, its a secluded jungle with a big shallow sandy bay and a little bar and restaurant,another great place to get away from the crowds.The Westender isn't perfect, there will be a window that won't open or a light that won't work but they are just small things that don't really matter.The bed was comfortable (I'm picky) The nights were Quiet except the frogs and the ocean.Of corse we"ll be back!

This review is the subjective opinion of a Tripadvisor member and not of TripAdvisor LLC.
Ladyh1979
16
Reviewed 4 September 2021
Great start to my vacation

The Westender Inn was a great start to my vacation. I booked a cottage for 3 nights before moving into Montego Bay to meet my travel group. I was very nervous at first being that I was traveling alone. Padgi the bartender made me fell very welcomed and put all my fears at ease. Tino was my driver. He took me shopping and stayed close by to make sure I was ok. I felt very safe and protected. Tino is a very knowledgeable man with a great sense of humor. Santoni is a very talented performer and will one day become a star. Mr Brown made sure of my safety and was very good company for me. The food was delicious! I tried all new foods. The curried goat, oxtails and the lobster omelet are things you must try. I felt peace and love during my stay. I will always return to the Westender. It will forever be my home away from home. One love Mon!

This review is the subjective opinion of a Tripadvisor member and not of TripAdvisor LLC.
peatt2017
Paris, France
3433
Reviewed 25 August 2021 via mobile
Beautiful and amazing

During our 8-nights stay (Grace storm came by…), we really could appreciate having cool interactions with staff, people here are so nice ( Coleen, Toni, San,…plus people from JUTA, Franklin, Robert),
We had such an incredible view on the sea from our room, we could experience sunset, falling rain, high wind, amongst tropical plants and trees,
The food there is amazing with national dishes every day (we had a bonfire on Sunday night),
Then, it is such a peaceful place, out of the highly touristic resorts,
Jamaican soul is living here, for sure.