Fairmont Gold Does it Again - Review of Fairmont The Queen Elizabeth

US$311
US$200
View deal
Free cancellation until 30/10/21
PricelineUS$218
FairmontUS$218
Hotels.comUS$311
View all 19 deals
Prices are the average nightly price provided by our partners and may not include all taxes and fees. Taxes and fees that are shown are estimates only. Please see our partners for more details.
422petard
Ottawa, Canada
5

Fairmont Gold Does it Again

Review of Fairmont The Queen Elizabeth
Reviewed 3 weeks ago

Spent 8 nights at the Queen Elizabeth in their wonderful Fairmont Gold Suite. While the gold floor lounge was closed during my visit, the included breakfast and evening canapés where provided in the hotel restaurant Roselys both of which were excellent. The main bathroom has a large soaking tub and one of the best showers I have experience in a hotel, with three body jets a rain shower and a handheld shower heads.

The hotels fitness facilities are great, modern equipment and plenty of options. I did not need to go to a stand-alone gym.

While you could tell that hotel was short staffed due to the pandemic (calls to front desk at times took a while to answer, and stressed staff at the hotel restaurant) they were all pleasant and did their utmost to ensure my stay was excellent. 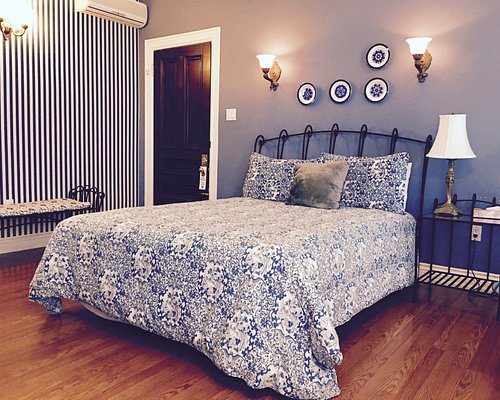 Top Rated
Hotel Nelligan
US$201
Booking.com
View deal
Free cancellation
Reserve now, pay at stay
Priceline
US$200
Destinia.com
US$190
ZenHotels.com
US$209
View all 19 deals from US$190
2,815 reviews
1.1 km from Fairmont The Queen Elizabeth 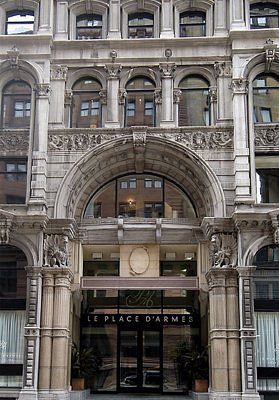 GardenInn.com
View deal
Free cancellation
Reserve now, pay at stay
Priceline
US$139
Trip.com
US$133
ZenHotels.com
US$146
View all 18 deals from US$133
2,424 reviews
0.8 km from Fairmont The Queen Elizabeth

Taking safety measures
We compared the lowest prices from 18 websites
Novotel Montreal Centre
US$117
US$113
Tripadvisor
View deal
Pay up to 12X
Expedia.com
Booking.com
US$113
ZenHotels.com
US$117
View all 18 deals from US$112
2,158 reviews
0.6 km from Fairmont The Queen Elizabeth

Taking safety measures
We compared the lowest prices from 19 websites
Breakfast included
Fairfield Inn & Suites by Marriott Montreal Downtown
US$125
US$110
Booking.com
View deal
Free cancellation
Reserve now, pay at stay
Expedia.com
US$110
Priceline
US$110
Destinia.com
US$125
View all 18 deals from US$109
119 reviews
1.7 km from Fairmont The Queen Elizabeth

Expedia.com
View deal
Free cancellation
Pay up to 12X
Booking.com
US$110
FindHotel
US$75
travelup.com
US$128
View all 20 deals from US$75
574 reviews
6.8 km from Fairmont The Queen Elizabeth

The room was clean, seemed sanitized.

It could have been better if there was a complimentary water or the drinking glasses are wrapped to ensure they were sanitized for use.

The front desk was prompt if you ask.

This review is the subjective opinion of a Tripadvisor member and not of TripAdvisor LLC.
MKVIIR
1
Reviewed 5 weeks ago
Underwhelming for the price, covid protocols probably didn't help

Room was quite a bit smaller than anticipated. Was not offered any upgrades when checking in as well. Overall it was an OK stay for 3 nights, but didn't think there was much value in the 'premium' price paid. Having "free wifi" offered as a new ACCOR member seemed like an insult. Pool / change room were highlight for the kids, but only being able to allow 10 people in pool area at a time really limited the times that it was available. Also, Marche was closed which was a disappointment but I understand with covid there were restrictions all over the place. May look at other options next time I'm in Montreal.

This review is the subjective opinion of a Tripadvisor member and not of TripAdvisor LLC.
SusanL425
32
Reviewed 5 weeks ago
Nice stay

Near the financial district - nice hotel with very pleasant staff, nice sheets and pillows and comfortable bed. Everything you need. Nice terrace bar. We enjoyed full breakfast at the restaurant. Pool and gym were open although the hot tub was closed due to covid rules. You need a vaccine proof to go into any restaurant in Montreal.

This review is the subjective opinion of a Tripadvisor member and not of TripAdvisor LLC.
T3608YEcodyc
11
Reviewed 13 September 2021 via mobile
Not a true Fairmont Experience

We booked the Fairmont property through Visa Infinite Privilege program. With this came a few perks including: automatic upgrade, $100 dining credit, breakfast included.

We purposefully booked a room on the gold floor to take advantage of the gold perks (including lounge, canapés, etc).

When we arrived we were placed in an upgraded room. Check in was seamless and staff were friendly.

Upon entry to our room it was lovely. Appeared clean and somewhat spacious. (We stayed in a Gold King Room on the 20th floor).

The reason for our stay was to celebrate our wedding, which had taken place during covid. We were greeted with a lovely surprise in our room of a small dessert and a card. The card was addressed to “Mr and Mrs”. (We are a same sex couple. This was off putting but an honest mistake we were able to look past.

Within hours, we realized:

- the Gold Lounge was closed (and not advertised on their website or advised by check in staff).

- the hot tub and sauna were closed “due to COVID”, although these same amenities were available elsewhere.

- the lobby bar was closed

In lieu of the gold lounge being closed we were told that the hotel was offering complementary breakfast and a free entree in the hotel restaurant. However since we booked with a premium credit card, breakfast was already included in our stay. As for the free entree, we couldn’t take advantage of this as there were no reservations at the restaurant.

Breakfast: we had breakfast at the restaurant both mornings of our stay. There were 2 (TWO) menu options. This includes bacon/sausage/eggs, and/or a mix of pastries. Although our breakfast was included, the cost for 2 was $75CAD.

During our stay we wanted to use the dresser drawers in our room. When we opened one of them we found a used razor with hair on it, feminine hygiene products (tampons and pads, and used conditioner. Needless to say the room hadn’t been fully inspected/cleaned when the last guests checked out.

Additionally, I don’t believe the hotel was prepared for the number of guests it would have on the September long weekend. There was a regular wait of 5-8 minutes for elevators, and a line up that spanned the entire length of the check-in desks. There were no priority elevators for gold floor rooms.

We originally booked this hotel for 4 nights. We checked out after 2 and will not be returning to the Fairmont Montreal.

This review is the subjective opinion of a Tripadvisor member and not of TripAdvisor LLC.
jabaliw2019
Calgary, Canada
24
Reviewed 9 September 2021 via mobile
Worst experience of my life

From the moment I was "greeted" or lack thereof, I felt disrespected and highly offended. I will never stay at another Fairmont hotel again.

This is exactly what happened...

I approached the hotel in my vehicle and when I got out, there was a gentleman by the name of Mathieu that greeted me. I simply asked him "do you guys take luggage to rooms during these times"? I asked that question because I wasn't familiar with the covid rules. The way he answered absolutely offended me. His response was belittling and offensive. Just the way his demeanor was is what threw us off. He replied as if I was a child "well I don't take your luggage, I give it to someone else and they take it to the hotel"

It's very difficult to explain attitude and demeanor over quotes, however he was talking as if I offended him. He was stretching his words as if I was a child and talking very slow to ensure I understood him but in a very disrespectful way. I thought to myself "wow, this guy is very rough and unwelcoming" so I said to him "you are very..." and my wife stopped me from finishing the sentence. He then looked at me and said "do you have a comment to make sir" with such poor attitude and disregard. I said "no I don't"

He then turned around to grab the cart to help with the luggage. I was truly in shock. My wife looked at me and said "I would rather carry my own luggage than have this gentleman help us"

So as he was approaching with the cart, I stopped him and told him I no longer needed his services. I will never forget the way he stopped, looked at me in disgust, shook his head, and turned around. It was truly awful from the moment this gentleman approached us. Me and my wife were absolutely offended by his actions. We couldn't help but to think "is it because we are Anglophones, or is it because my wife wears a Muslim Scarf (Hijab)? “

It's truly sad how we were treated. I've been staying at the Fairmont worldwide for over 13 years. Maui, Banff, Calgary, LA, San Francisco, Ottawa, San Jose, Jasper, Vancouver, Montreal, are a few cities where we've stayed at the Fairmont.

I checked in and requested to speak with a manager. Simon was on duty that late afternoon. I spoke with him. I told him "business owner to another, I would never allow such an individual to greet my guests". I told him word for word what had happened just like what I'm doing now. He listened and said he would have a word with the gentleman. That's all. I have nothing negative to say about Simon. However, personally, if this happened at my hotel in the way it did, I would have done more. I told him I wasn't looking for him to give me or do anything for me. I just needed him to know how I was approached and spoken to by this gentleman. I even told him we think it's due to racism or the fact that we are English only speakers. He refuted that. However, it's HOW WE FELT.

I would never allow my guests to be treated this way. I own a used car dealership and I would never allow the people that work at that establishment to ever make someone feel like the way I did. It's disrespectful. I'm still in shock