ZenHotels.com
Prices are the average nightly price provided by our partners and may not include all taxes and fees. Taxes and fees that are shown are estimates only. Please see our partners for more details.
Wessex_Wildlife
Salisbury, United Kingdom
2116

My company booked me into this hotel, paid on line and sent me the booking confirmation. It included guidance for the COVID 19 rules at the hotel. When I arrived I was greeted by a sign on the door that said due to COVID 19 the hotel was shut. Well that’s not the case when you look at it on line.
This incompetence has stranded me with nowhere to stay over 200 miles from home! Thanks for nothing!

Trip type: Travelled on business
See all 50 reviews
Nearby Hotels

Priceline
View deal
Trip.com
US$37
ZenHotels.com
US$39
Agoda.com
US$39
View all 11 deals from US$37
916 reviews
0.5 km from Premier Inn Newquay (Seafront) Hotel
We compared the lowest prices from 11 websites 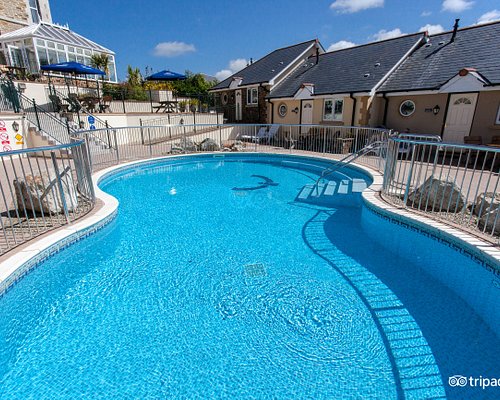 We stayed here just before Christmas as a family of four. When we checked in, I asked for a sea view room and was luckily enough to get one apparently, as they were fully booked. The hotel was clean and the breakfast was good - it was just a shame they had run out of Nutella as my girls love that on their croissants!! We were very lucky to get a car park space on the first night as it was so busy and you have to pay £10 per night. But it was a lovely new hotel and we had a great stay.

This review is the subjective opinion of a TripAdvisor member and not of TripAdvisor LLC
Tlemon62
Bury St Edmunds, United Kingdom
250122
Reviewed 21 December 2020 via mobile
Very noisy when windy

It is a new premier inn, it is overlooking the sea and beach which was lovely. Car park at rear and short walk to town restaurants.
Rooms, were typical premier inn, everything you need, not huge rooms though.
The downside for us was the noise from the air conditioning vents. It was a windy weekend, but the noise/ rattling from the vents was unbearable at times and disturbed most of our first night sleep. It was a little better next day but not great.
We spoke to staff who knew all about it but couldn’t help.
After several complaints to premier inn main number we eventually got a refund some weeks later.
Not the service you used to get a few years back, apparently they gave too many refunds from good night sleep guarantee, so have made it harder.
Staff were friendly in dealings with them.

Perfect early Christmas gift, all I wanted was to wake up looking at the sea and spoilt with room 310.. Thank you to the wonderful staff here for making our visit so welcoming from the minute we arrived. We enjoyed a lovely evening meal with you and two great breakfasts.
5 star service 5 star location 5 star accommodation.
We look forward to returning in 2021.

This review is the subjective opinion of a TripAdvisor member and not of TripAdvisor LLC
SimonP938
West Kirby, United Kingdom
10438
Reviewed 11 December 2020 via mobile
Brilliant hotel

As another review has said, this is the best Premier Inn we have stayed in, too.

Wonderful location looking out over the beach and a short walk into town.

Car park is spread about a bit but underground fills up quickly. There are a fair amount of spaces outside the back too, though. We didn't have any issues but imagine at high season it might be hit and miss.

They seem to be managing Covid regulations really well and there was no shortage of hand sanitiser available at key places.

Reception staff were helpful and friendly and made us feel very welcome. Will definitely stay again and would highly recommend

This review is the subjective opinion of a TripAdvisor member and not of TripAdvisor LLC
Dann24
London, United Kingdom
97
Reviewed 23 October 2020 via mobile
Best premier inn I have stayed in

This review is the subjective opinion of a TripAdvisor member and not of TripAdvisor LLC
View more reviews
PreviousNext
12…9
<script type='text/javascript' crossorigin='anonymous' async onerror='__scriptLoadError(this,true);' src='https://static.tacdn.com/assets/T7FcVR.3da742d5.es5.js' data-rup