No Hot Water for a Month - Review of London City Rooms

London City Rooms
Lock in the lowest price from these sites

FindHotel
Prices are the average nightly price provided by our partners and may not include all taxes and fees. Taxes and fees that are shown are estimates only. Please see our partners for more details.
necroscrusher
21

No Hot Water for a Month

I would give lower if I could

I have been without hot water for a month now. All sort of excuses were given. Communication is horrible on their part. It seems as you only get blessed with one response per day.

Really makes me wonder how'd they handle it if left without hot water? Good thing is I am able to hack it. Have a bit of a cough might just go to my GP get a confirmation and a document certifying it as I intend to pursue legal action.

Please don't waste your time with these folks, they are only interested in taking your money and provide nothing in return.

See all 16 reviews
Nearby Hotels 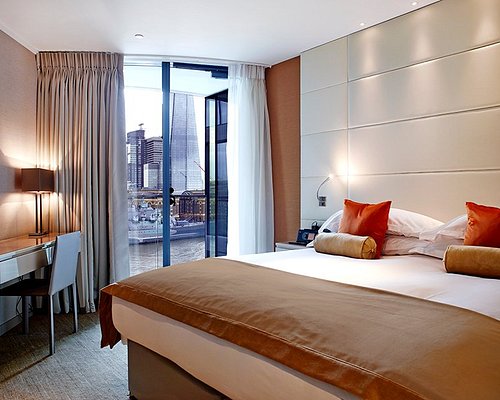 Hotels.com
View deal
Free cancellation
Pay up to 12X
Booking.com
US$115
Trip.com
US$103
Expedia.com
US$109
View all 12 deals from US$103
114 reviews
8.9 km from London City Rooms
We compared the lowest prices from 12 websites
Park Plaza Westminster Bridge London
US$183

This Company is just a scam, they left us for 1 month and a half without washing machine, that thing wasn’t working, when the contractor of the company came they always says is working when is not, we were without heating and electricity over Christmas and new year eve, this company consider no heating or electricity a non emergency, they definitely stole your deposit, so an advise for Everyone stay away from them. I would like to say more, but I’m already losing my time

This review is the subjective opinion of a TripAdvisor member and not of TripAdvisor LLC
km353me
Norwich, United Kingdom
21
Reviewed 13 October 2020
City rooms

Really bad service. All they care about is money. They are using Covid as an excuse to rent out below sub standard properties & breaking advertising laws by advertising really old properties as brand new on their website to entice customers. Once you make query they will put you under enormous pressure to part with huge chunk of money. They are making people sign 12 months contract under the guise of 6 months. Highly manipulative and deceptive. When it comes to repairs they do not want to know. Please stay away or you will rue the day you signed contract with them.

This review is the subjective opinion of a TripAdvisor member and not of TripAdvisor LLC
Z8540GS
12
Reviewed 4 October 2020
No regard for tenants safety, despite my persistent emails and visits to the office

I've never been a fussy person, so if the shower doesn't work for a day or two, or if the agency doesn't provide me with a chair, it doesn't bug me much. But I would say my safety is of absolute top priority and should be treated as such.

I moved into a three bedrooms flat with an alcoholic who has been living there for two years, and another lovely girl who'd been there for two months at time. Apparently previous tenants had told the agency about the alcoholic roommate's aggressive behavior towards other tenants, and each previous tenant upon leaving cited that to the agency as a main motivator to why they are leaving. However, neither me and the girl were told about it upon moving in, and we weren't allowed to view the flat despite this was a year before the pandemic. In fact, the agency said they never received such emails.

During the pandemic when my alcoholic flatmate lost his job, his mental state started deteriorating and became extremely violent and physically threatening to me. As the other roommate had left in March in response to the pandemic, I was left alone in the flat with a man that I felt completely unsafe around. The girl upon leaving wrote an email to the agency citing that the alcoholic flatmate constitutes one of the main reasons why she left when she finished her contract since his behavior became more erratic. I was never contacted once by the agency to be informed of my former flatmate's email. When I reached out to the agency by paying them a visit after one night being locked out by my erratic flatmate, I was told by one letting agent that I needed to go talk to the manager about this issue and he had nothing to do with it, and by the letting manager that he would look into it. I never heard from the letting manager again despite my persistent messages on what he could do (i.e., give him a warning regarding his threatening behavior to other tenants, or at least a check in once in a while). In fact, all of my messages to the agency were left unanswered. However, they didn't take time to ask me again and again if I would like to renew my lease.

In September right before my lease ended, another tenant had moved into the room that was free since March. He had a bit of a shock because he was never told by the agency that the third roommate is an alcoholic with violent tendencies when he is drunk, which is everyday. The agency had been contacted via emails by more than one tenant regarding their safety, even with one visit from me. But they never thought it was important to bring up the subject of an existing violent tenant to another new tenant?? They can't possibly say they were not aware since I have paid them a physical visit and they said they would open an investigation, which of course never came to anything.

Now after moving out for more than three weeks, I had not been contacted once by the agency regarding my deposit. In fact, after my email inquiring my deposit a week ago, I have gotten no constructive feedback on when they will return my deposit.

This is the first review I've ever written, and I would not have written it unless I didn't feel so strongly about it. Everything aside, if the agency doesn't care about their tenants safety, and is not at all helpful or responsive when their tenants reach out to them in a threatening situation, or warn new tenants of dangerous situations that they are aware of, then they truly do not care about their tenants at all. They are not here to help, they are here to make money and nothing else. Money above everything, including a tenant's personal safety is the impression I got from them. If you have the time to have someone emailing me regarding renewing leases, you surely have time to respond to me, a tenant who was in a physically threatening situation. A little empathy goes a long way, and not one person I came into contact with had given a little bit of thought on the issue I was facing.

I really really would not recommend this agency to anyone.

Very untrustworthy company. The room was advertised as “all bills included” which is where they give you a monthly allowance of bills. When I left the room after 18 months I was served with over £200 worth of debt that I had no idea was growing every month I stayed there (they never contacted me to inform me I was racking up this debt). They allow £30 for bills each month and the average that was actually used was over triple this (£97) so the allowance is obviously not fit for purpose and is designed to entice people to get a room and then the company will almost 100% be keeping a big chunk of your deposit.

Also They were very slow (took over 4 months) and unprofessional in sorting out WiFi (was running at 1mb) even though the room was advertised as having super fast WiFi.

They take a very long time to respond to emails and when they do they are normally passing the buck.

I will be staying well away from this company and would recommend people seek others unless they want a poor service and to lose a lot of their deposit.

This review is the subjective opinion of a TripAdvisor member and not of TripAdvisor LLC
Lollo995
11
Reviewed 15 August 2020
Terrible experience.

Don't believe a single word they say before signing a contract with them. We asked for a 2-months contract, their agent told us that the minimum was 6 months, and then he misleaded us into signing a 1-year contract saying it was "more flexible", which was all a bunch of lies since we met other tenants with 2 and 3-months contracts during the following months, and we still don't know what the "flexibility" was about. They just want people to sign long-term contracts to take money from them if they're forced to leave the property earlier, like what happened to us after the Coronavirus. We lost our jobs because of the lockdown, we had to leave the country to go back home, and they forced us to give them 2000£+ pounds. When I went to the office and talked to the manager about the lack of transparency of their agent, he essentially told me "The contract is signed, so there's nothing to discuss about it". Honestly, making money over people who lost their jobs because of a global pandemic that affected EVERYONE is disgusting.
Talking about the apartment itself, when we arrived we found it dirty, with several stains on the carpet, and also with several maintenance issues (broken window locks, broken drawer inside the freezer with a sharp edge, an exposed electric socket and more), I've reported everything to them, some of these issues were fixed, but some of them have never been fixed in 9 months of tenancy.
I wouldn't recommend this agency to ANYONE. The level of lies and unprofessionalism: far too much.