US$187
US$149
Free cancellation until 18/12/21
View deal
Booking.comUS$149
PricelineUS$172
Hotels.comUS$149
Trip.comUS$187
eDreamsUS$149
Orbitz.comUS$149
View all 16 deals
Prices are the average nightly price provided by our partners and may not include all taxes and fees. Taxes and fees that are shown are estimates only. Please see our partners for more details.
Barkerfamily
Ashby De La Zouch
171108

We stayed here for 4 nights and were upgraded to a 4 poster bedroom on arrival.
Pros:
Fabulous views from the room
Great size room
Very comfortable super king size bed
Helpful staff
Very clean room and well equipped with a safe, tea and coffee making facilities and an iron and ironing board.
Lovely breakfast with a choice of hot and cold items.
Fabulous patio area with great views over Cardiff to sit out on.
Cons:
None really

Review collected in partnership with this hotel
This business uses tools provided by Tripadvisor (or one of its official Review Collection Partners) to encourage and collect guest reviews, including this one.
See all 1,244 reviews
Nearby Hotels 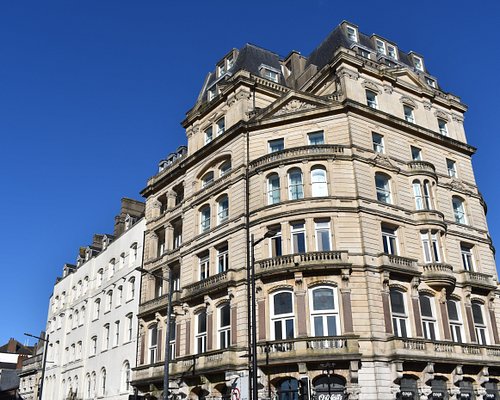 Sponsored
The Royal Hotel Cardiff
US$104 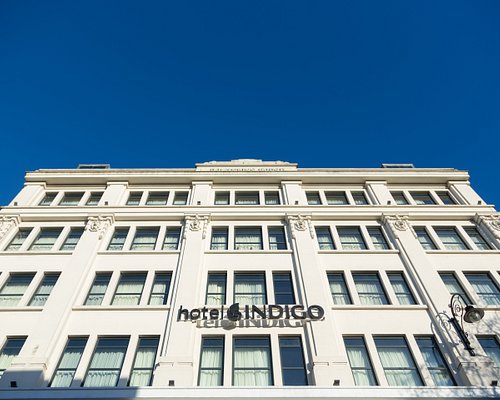 Stayed here for one night, hotel beautiful and the views were amazing.
We stayed in the "Baroness" room, it was so nice, the decor & furnishings were amazing.
Thank you team for a truly wonderful stay.

This review is the subjective opinion of a Tripadvisor member and not of TripAdvisor LLC.
richt925
Caerphilly, United Kingdom
1
Reviewed 10 October 2021
Civil Partnership

We hired the Wyndham Suite for our Civil Partnership Ceremony and afternoon and evening functions. Amazing food and hotel room and all of the staff were most accommodating including Cath and Merghan in the Events team. Very highly recommended.

Review collected in partnership with this hotel
This business uses tools provided by Tripadvisor (or one of its official Review Collection Partners) to encourage and collect guest reviews, including this one.
Ask richt925 about New House Country Hotel
Thank richt925

This review is the subjective opinion of a Tripadvisor member and not of TripAdvisor LLC.
Ollie C
London, United Kingdom
45
Reviewed 5 October 2021
We enjoyed our stay

We enjoyed our stay, the place is beautiful, and the staff were friendly and helpful and the cleaners had done a great job of making everything sparkly. We had a large room with beautiful views. Dinner was a let down for us, we're vegetarians so can't comment on the meat options, just didn't match our expectations for the £25 for 2 courses price tag. A refurb in the rooms would make it really spectacular also. We enjoyed our stay and would be happy to recommend, we just wouldn't eat in the restaurant next time.

Review collected in partnership with this hotel
This business uses tools provided by Tripadvisor (or one of its official Review Collection Partners) to encourage and collect guest reviews, including this one.
Ask Ollie C about New House Country Hotel
Thank Ollie C

This review is the subjective opinion of a Tripadvisor member and not of TripAdvisor LLC.
JennieC614
Belper, United Kingdom
6730
Reviewed 3 October 2021 via mobile
Pretty to look at but expensive for what it is

We chose this hotel as a base to travel round this part of Wales as there were various places we wanted to visit.
On arrival we found that we were upgraded to a different room than the one we had chosen. The room was lovely, with a balcony that we could sit out on and look at the views over Cardiff. The bed was a four poster, lovely I thought till I sat in it, it creaked so loud that we burst out laughing, there was no way that we could spend four nights in this bed!
We asked at reception if there was another room and were shown to a lovely large room, again with beautiful views across the grounds to Cardiff. The only thing wrong with the room as that every few minutes we had to keep logging into the WiFi as it kept cutting out, not good when you are trying to book entry into museums etc.
We ate in the restaurant that evening, the choice of menu was small but the food was lovely, well presented and beautifully cooked. We were asked what we wanted to drink, we asked for the wine list but the waiter just said a couple of wine choices, though we did notice that other couples were given a wine list later on.
Breakfast the next morning was a strange affair, for a four star hotel there was no menu so we had to guess what we could have for breakfast, also we were told that there was a continental choice as well, but this just turned out to be cereal, a small bowl of fruit, yogurts and pastries, there were no cheeses, bread, mixed meats things that you associate with a continental breakfast.
On the last morning, breakfast was rather a disaster, I asked for smoked salmon, scrabbled egg on toast, my partner asked for scrambled eggs, sausage, beans and mushrooms. When this came the toast came first followed by scrambled egg with a couple of slice of smoked salmon on top, my husband as the waitress for some brown sauce, I tasted my eggs they were stone cold as were my husbands, we waited for the waitress to return and told her, she put her hand on my food and agreed they were indeed cold so she replaced these with fresh, the sauce finally came but the gentleman across the way never got his, a pen and paper might help the waitress to remember what people asked for, as they were also brought coffee instead of tea!,
On the whole the place was style over substance, for the cost it definitely isn’t worth it, I have stayed in better three star hotels.

This review is the subjective opinion of a Tripadvisor member and not of TripAdvisor LLC.
patricia_mitchell1
Reading, United Kingdom
4327
Reviewed 1 October 2021
Lovely overnight stay

This is a lovely hotel, beautiful gardens and views. Very comfortable, great service and nice food. Added bonus is that it is close to Thornhill station with frequent trains to Cardiff making it very easy to visit the sights there. Thoroughly recommended.

Review collected in partnership with this hotel
This business uses tools provided by Tripadvisor (or one of its official Review Collection Partners) to encourage and collect guest reviews, including this one.
Ask patricia_mitchell1 about New House Country Hotel
Thank patricia_mitchell1