Loch Fyne Hotel & Spa
Loch Fyne Hotel & Spa
4 people are viewing this hotel
Lock in the lowest price from these sites
US$172
US$167
View deal
Expedia.comUS$172
PricelineUS$167
Hotels.comUS$172
eDreamsUS$167
Trip.comUS$172
FindHotelUS$167
View all 17 deals
Prices are the average nightly price provided by our partners and may not include all taxes and fees. Taxes and fees that are shown are estimates only. Please see our partners for more details.
Jane_and_John_Shaw
Hinckley,UK
4136

Nice room shame about the food

Show less
Room tip: Eat in the town not at the hotel .
Trip type: Travelled as a couple
See all 3,081 reviews
Nearby Hotels 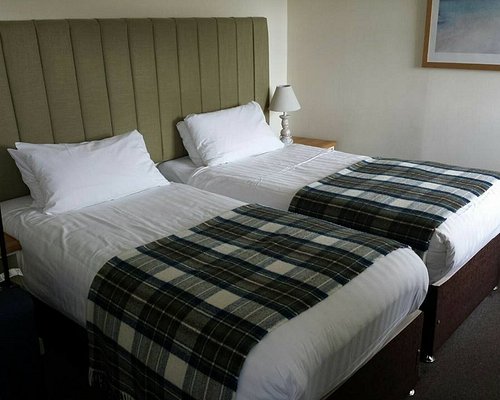 Expedia.com
View deal
Hotels.com
CheapTickets
US$110
Booking.com
US$124
View all 13 deals from US$110
683 reviews
0.8 km from Loch Fyne Hotel & Spa
We compared the lowest prices from 13 websites

We stayed here for our honeymoon touring Scotland and was the most enjoyable stay. All staff were super friendly and accommodating and generally a pleasure to speak too. We booked the restaurant for the evening the meal was incredible. The lobster was sublime and the duck was beyond incredible. They gave us a lovely congratulations desert for our honeymoon which was a nice little touch and let us sit outside under the stars with the wood burner. A truly relaxing wonderful start to our honeymoon - highly recommend and the food was outstanding

This review is the subjective opinion of a Tripadvisor member and not of TripAdvisor LLC.
soopercook
6657
Reviewed 2 September 2021 via mobile
Absolute **ite

Absolute **ite
Very basic and expensive fish and chips.
Compare it to Ashgrove in Aberdeen and Anstruther Chippie they come well down the list but are charging top dollar. Only go there if you’re hungry… if you want to be impressed… find somewhere else.

This review is the subjective opinion of a Tripadvisor member and not of TripAdvisor LLC.
Imogen_12
Nottingham, United Kingdom
73
Reviewed 1 September 2021 via mobile
Disappointing- won’t be returning or recommending.

Really disappointing. We had booked this hotel for the last three nights of our two week staycation touring Scotland. We were ready and hopeful for a little bit of luxury.
The hotel itself was v pleasant. Comfortable rooms, with good en suites. The restaurant and bar was nicely decorated too.
What disappointed us was the service. Very slow and disinterested.
The food was bland and not particularly well executed.
Overall very underwhelming.

This review is the subjective opinion of a Tripadvisor member and not of TripAdvisor LLC.
Mashka135
1013
Reviewed 9 August 2021
The worst '4 star' hotel stay ever

A stay in this hotel was bought for us as a wedding gift and my husband and I were going to stay here for 4 nights, instead we left early.
Although we had a classic double room which costs more than £200 a night, it felt like we were staying in a back room above the kitchen.Our room was constantly noise with clattering trolleys from the laundry, food deliveries and emptying bins throughout the night. It was very hot, and the room didn't have air con so we had to have a window wide open letting in some air. This resulted in the midges having a nice regular dinner.
Our bath was also not draining at all after the first shower. Staff told us that they will fix it. The following shower was not draining either. Irritatingly the manager suggested that it was us that didn't understand how the drain works.
No proper toiletries were provided-as basic as hand cream which one would expect from a 4 star hotel. The shampoo dispenser in the shower had fungus in it. Our bed sheets on arrival were dirty.
There was no safe, no fridge/minibar, no bottled water. I am not sure how this hotel got 4 stars and how it maintains this. Also as mentioned earlier the price is an absolute robbery given what you get in return.
Also as mentioned at the start this was a gift and when we arrived we were asked to pay for the stay, although we had a confirmatory email saying that our stay was fully paid.
Furthermore at breakfast they only do plain coffee from cafetière (so no cappuccino, late etc.). However the breakfast itself and dinner were very good.
A final point of note-on arrival one of the male staff members we met called Alan, was extremely pleasant and took our luggage to the room. He also offered advice on what to see around the local area.
Definitely will not come again as the experience was deeply unpleasant. Recommend other people who are looking at staying here to consider their options properly and what exactly they are paying for.

This review is the subjective opinion of a Tripadvisor member and not of TripAdvisor LLC.
Carrie1300
Glasgow, United Kingdom
44
Reviewed 8 August 2021
Visiting again

Been to this hotel so many times, but this times, however this time was not a standard we would expect from this hotel.
Room not very clean (Glen Ord)
Dead flies on the window seating area.
Small amounts of rubbish behind the waste paper bin.
Bath had a line mark - we had to clean before using.
Water never replenished, had to keep asking.
Requested Champagne ( never received)
Low stock in the bar.
Never asked upon leaving I how our stay was
Requested a slot for the pool prior to arrival ( never booked)
Restaurant service very slow, waited over 30 mins for our main course.
Food is excellent as always - thanks chefs.
In all not the best experience, anyone looking for luxury I would look elsewhere, rooms are expensive for what little you get, lack of attention to detail from the staff.