Best Western Muthu Queens Oban Hotel
Best Western Muthu Queens Oban Hotel
Lowest prices for your stay
Lock in the lowest price from these sites
US$172
US$147
View deal
PricelineUS$155
Expedia.comUS$172
Hotels.comUS$172
Trip.comUS$155
eDreamsUS$147
CheapTicketsUS$172
View all 16 deals
Prices are the average nightly price provided by our partners and may not include all taxes and fees. Taxes and fees that are shown are estimates only. Please see our partners for more details.
Riverman2008
Pickering, United Kingdom
170102

Comfortable, but a strange attitude to Food and Drink

The Dining Room experience was a bit weird. I asked for a Wine List and the waitress said they didn't have one, but if we could tell her what we would like to drink she'd provide it - she knew what they had and what they didn't. I thought, would it be too much to expect that management might type out on a piece of paper what the waitress apparently knew, and call it a Wine List?! I had a perfectly good grilled salmon dish, but my wife chose to have a burger which turned out to be like a piece of rubber, almost impossible to cut. When she managed to extricate a small piece, she said it tasted horrible and impossible to chew. We sent it back, and the waitress returned with a message from the Chef .. "He can do you another one, but it will be exactly the same". That is a mad response to a complaint. In the end she had fish and chips, which was OK apart from the fact that it was impossible to open any of the vinegar sachets provided.More 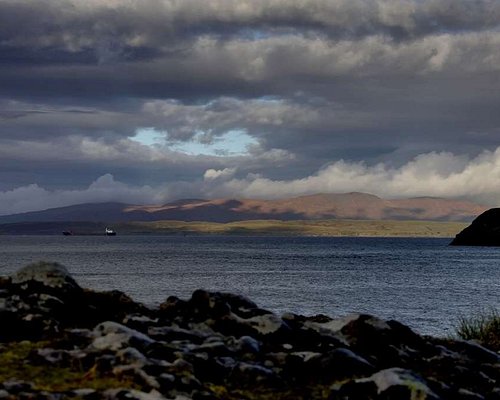 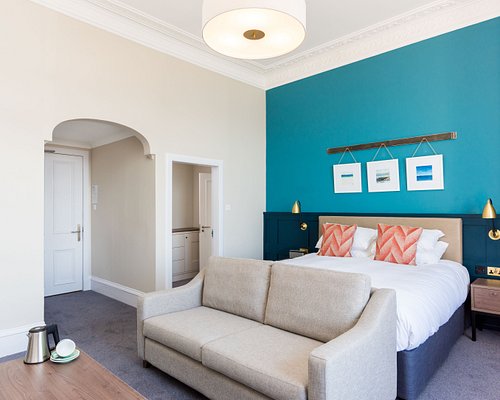 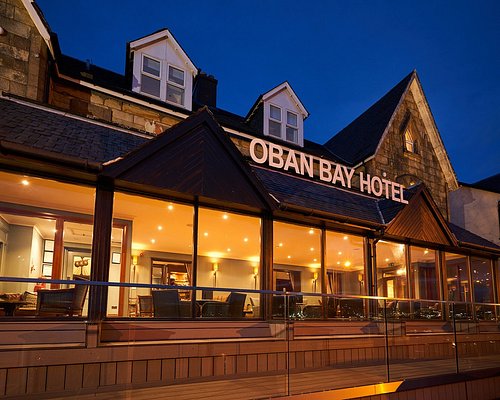 Nice views from our bedroom. The food was not very good, rubber burgers, when I complained the chef sent a message saying he could do me another one, but, it would be the same! The breakfast was a very poor buffet. The receptionist/manager was too loud and in your face all the time. There only seemed to be two women running the whole hotel, why? Their sister hotel not far away was over staffed, surely some could have been deployed?

This review is the subjective opinion of a Tripadvisor member and not of TripAdvisor LLC.
Mairi T
Fife, United Kingdom
63
Reviewed 4 September 2021
Awful..don’t stay here

Worst experience I have ever had. Booked well in advance, when we arrived the receptionist ( who said she wasn’t the manager then the area manager said she was!!nobody seems to know their job) said we could stay because we had a child with us and they only catered for twin rooms, despite allowing us to book a room for 3! She first of all said we could stay as long as our son shared a bed with us..just unacceptable, however then she changed her mind and said we couldn’t stay !

We travelled far to get to the hotel and they couldn’t be less helpful. We asked them to relocate us since this was not our fault and they were not interested, just blamed booking.com and took no responsibility, despite knowing we had a child with us. The woman on the reception was really rude and aggressive towards my family, upsetting my son .she threatened to call the police only because we asked to see a manager ..really gobsmaked that she would do this to 2 elderly people and my husband and son . She actually said it wasn’t her problem and she didn’t care where we stayed.what kind of customer service is that? She’s in the wrong job .

After we insisted they helped us, she phoned booking.com and told us they would definitely find us somewhere in Oban . 4 hours later we were still sitting at the hotel reception, other guests were more understanding and shocked by the hotels attitude ( some said the hotel was like faulty towers ) the woman on the desk was ignoring us and booking.com didn’t get back to us.

I asked for the area managers number , after first of all threatening my family with the police for asking for it ( we only wanted someone to help us!) she then gave me it. I phoned him, he was just as unhelpful/unsympathetic. He told me the woman on reception ( he called her the manageress, she said she wasn’t!) had arranged with booking.com to relocate us, but this was a lie. He promised to sort it and call me back ..I never heard from him again!!

We had to sleep in the car in the hotel car park , 2 elderly people ,2 adults and a child. Total disgraceful! The hotel had no compassion and no interest in helping us at all. We lost a 4 day holiday, my family are devastated. We put in a formal complaint to both muthu hotel and booking.com , still the area manager is not interested in the way we have been treated.

Do yourselves a favour, don’t even waste your time or money on this hotel they don’t deserve anyone’s business. they don’t care that my family slept in the car, that we lost a 4 day holiday ( infact the receptionist cancelled our rooms then rebooked someone in our room while we were there!! So unprofessional)
They just don’t care!

This review is the subjective opinion of a Tripadvisor member and not of TripAdvisor LLC.
thetravellingtykes
Leeds, United Kingdom
149
Reviewed 16 August 2021
Worst check-in ever

We had to book this hotel at the last minute due to my husband having an accident which meant that we couldn't drive home. The check-in process was the worst I have ever known! We arrived at 3pm when check-in started and then had to sit in reception for 3 HOURS for our room to be ready! This was despite me telling the receptionist several times that my husband was in great pain and needed to lie down, having fractured his ribs the day before. This was after we had already spent 4 hours sitting in the reception area of our previous hotel where we had to be out of our room by 11am. We weren't the only ones who had a problem. Some people had been advised to go away until their rooms were ready, only to return over 2 hours later and still having to wait in reception. During all this time no-one was offered so much as a cup of coffee or an apology and other people were being shown straight to their rooms.

Thankfully, when we finally got to the room it was clean, although there was no bracket on the wall for the shower head so it could only be used as a hand shower. The breakfast was adequate. I have given a Poor rating, rather than Terrible because under normal circumstances this hotel might be ok for a one or two night stay but given the debacle of check-in there is no way I would stay here again.

This review is the subjective opinion of a Tripadvisor member and not of TripAdvisor LLC.
Kiki231282
11
Reviewed 14 August 2021 via mobile
Wonderful stay at hotel in Scotland

We were passing by Oban, Scotland and we stopped at this wonderful hotel. First check-in was very fast and professional. The staff is very kind and caring. The rooms very neat and comfortable, a place where you can have a good rest . Breakfast wonderful. We have found the perfect place to stop by in our business trips to Scotland, we will be back.
Thank you all for your wonderful work.

Thank you for taking the time to share your comments about your recent vacation with us.

Our guests' comments provide us with an opportunity to see our hotel through their eyes therefore we are grateful for the time you spent to share a review of your personal experience in the hotel. We are glad to know we were able to exceed your expectations and you have enjoyed all the services and experiences our hotel has to offer.

We hope to see you back very soon!

Report response as inappropriateThank you. We appreciate your input.
This response is the subjective opinion of the management representative and not of TripAdvisor LLC
RobertsonsTeesside
Teesside
3425
Reviewed 14 August 2021 via mobile
Short of a four star experience

This hotel is in a brilliant location and the view from our room was stunning. It advertises itself as the only four star full service hotel on the West Coast of Scotland but our visit sadly fell short of a four star experience.
Check in was from 3pm but we were unable to get into our room until 7pm.
When we did get in it was clean and tidy but we did did find a half eaten piece of fudge in the bedside drawer.
And despite staying five nights our room was only serviced once - the night before we left - we actually had to seek out clean towels and restock of loo roll.
Breakfast was fine with plenty choice. The staff were very friendly - a couple having come from the other Muthu hotels around the world due to the staff shortages.
We don’t want to be overly critical as the hotel is clearly trying to get up to speed again after the pandemic ( the restaurant wasn’t available for dinner for example). Thanks to the staff plus location, in what is a spectacular part of the world, we might consider staying again even though the experience and value for money fell below our expectations on this occasion.