Regent Hotel
Regent Hotel
Lowest prices for your stay
Lock in the lowest price from these sites
US$187
US$139
View deal
ZenHotels.comUS$187
Expedia.com
Travelocity
Orbitz.com
StayForLong
CheapTickets
Prices are the average nightly price provided by our partners and may not include all taxes and fees. Taxes and fees that are shown are estimates only. Please see our partners for more details.
malcolmh730
Aberdeenshire, United Kingdom
8537

Now called the Mutha Oban Hotel. The staff were very friendly and helpful and the location was ideal for the harbour or shops. The hotel is a very old building and in it’s day would have been spectacular but unfortunately it’s a bit tired but was clean and comfortable. Had a good nights sleep breakfast could have been better, thought the produce could have been a higher standard.

Trip type: Travelled as a couple
See all 1,224 reviews
Nearby Hotels 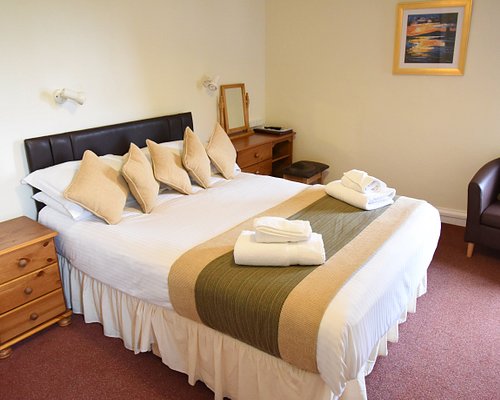 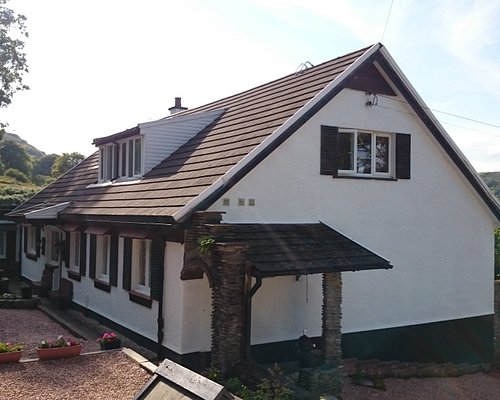 Breakfast included
Elderslie Guest House
US$111
Booking.com
View deal
Free cancellation
Reserve now, pay at stay
Priceline
US$111
eDreams
US$111
Agoda.com
US$110
View all 6 deals from US$110
243 reviews
1.8 km from Regent Hotel
We compared the lowest prices from 6 websites 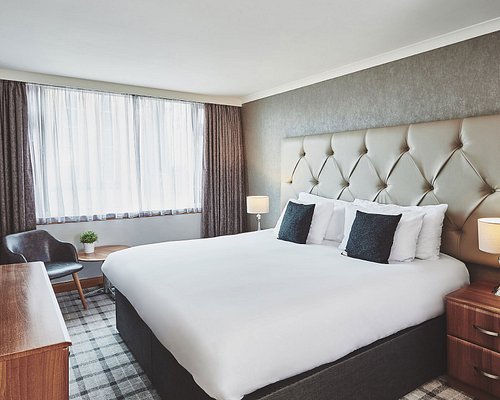 While I take the point that the Rooms could benefit from a little upgrading, I have to say that both our room and the common areas of the hotel were spotlessly clean. Plenty of hot water and comfortable bed. Spectacular sea view. Lovely breakfast. Staff were welcoming and helpful.

This review is the subjective opinion of a Tripadvisor member and not of TripAdvisor LLC.
Pauline S
Hamilton, United Kingdom
11
Reviewed 30 August 2021 via mobile
Mutha formerly known. As Mercury

Absolute disgusting hotel room had used hanky behind the bed the bed was burst and outside room in lobby there was water leaking into a bucket and paint was falling of ceiling onto floor the place stank of dampness the room itself was filthy even the radiator which you will see from pics the shower over bath you could t stand under as the height was unadjustable due to connection being broken the bathroom floor was splattered with paint and the single glazed windows were dirty and the noise was terrible you could barely sleep we were only here two nights and only went to bed in hotel as we hated it but the linen was clean breakfast was £10 per person extra each day which we refused as there is no way I could eat here in a sentence don’t go Disgusting!!!! See pics

This review is the subjective opinion of a Tripadvisor member and not of TripAdvisor LLC.
clarrsus
Inverness, United Kingdom
7063
Reviewed 24 August 2021 via mobile
Awful - DO NOT STAY

I can hand on heart say this is the worst hotel I’ve ever experienced in my life. This hotel has rebranded as ‘Muthu Oban Hotel’ but has not changed its name on tripadvisor and on booking sites seems to still go by two names so it’s very confusing. Unfortunately when looking up tripadvisor for this hotel I looked at the Alexandra Muthu which is a far better hotel so was very blindsighted when I walked in here.

Even from the moment we walked in the whole experience was bizarre, the receptionist took 20 minutes to check us in despite there being no other guests present. She was unable to answer any questions and appeared very confused and disoriented to the extent that we were actually worried about her. However, when she was unable to find my booking a supervisor came out to assist, grabbed the computer mouse from her, clicked some buttons and walked back in to the back office without saying a word so obviously did not have the same concerns about the receptionist as we did.

Anyway, we just assumed that maybe it had been busy and stressful and so went on up to our room. As soon as we walked in to the room we knew we had made a huge mistake. There was no sheet on the bed and no pillowcases on the pillows. The duvet cover was ripped and torn. The worst part was actually the bedding itself, the pillows were mouldy and the mattress had various stains in various shades. The room was filthy, there were no towels and also items that had obviously been left by another guest previously. I can’t actually express enough how awful it was, I honestly couldn’t even sit on the bed.

Again, we gave it a chance and went and discussed our concerns with the receptionist. Unfortunately she was so so so unhelpful, I felt she wasn’t listening to us at all and her reasoning for the room being in a bad state was that it hadn’t been cleaned yet but would be cleaned later tonight...WHY give us the keys to a dirty room? I asked for another room was told no, I asked to speak to a supervisor or manager and was told no, I asked for a refund and was told no. She was so rude and unhelpful and honestly just appeared to disoriented and was struggling to even follow the conversation. (I don’t want to make a personal attack on the receptionist, I want to make it clear that my concerns are with management not supporting this woman).

We decided just to hand our keys back and leave, there was absolutely no way I would have been able to stay in there and we were able to stay in The Scot which is just round the corner and I would highly recommend. I’m disappointed I didn’t get photos just to show how bad the extent of it was. Fortunately I contacted Muthu directly and was able to get a refund. Please, please do not book here! I can not emphasise how awful the rooms are and how unhelpful the staff were.

This review is the subjective opinion of a Tripadvisor member and not of TripAdvisor LLC.
Overnyter
lancs
14479
Reviewed 21 August 2021 via mobile
Pay a lot more and receive far less

I have stayed here many times in the past, it was a run down hotel but generally clean and priced accordingly.
New ownership has changed that. Mainly contractors hotel now and the bar is not open so they spend the evening sat outside the main entrance drinking and smoking till after midnight.
I could here them in their rooms in groups till well after 1am and could still hear doors banging at 3am
Didn’t see any sign of a night Porter.
My room had a copy of a previous occupants bill on the floor so clearly not cleaned very well.
Never saw a member of staff wearing a mask and there was no encouragement for others to do so even though it’s still mandatory in Scotland.

Breakfast was calamitous. I ordered two soft boiled eggs and went to do two toast. When I returned to my table there was a bowl containing two barely warm hard boiled eggs! The only other person in the dining room told me his full breakfast was cold, hard and inedible.

This review is the subjective opinion of a Tripadvisor member and not of TripAdvisor LLC.
I3860FIamandap
13
Reviewed 19 August 2021 via mobile
absolute disgrace

this is not the regent it is mathu oban hotel,please dont mix this up with alexandra mathu in oban.i paid 123 for one night,took one look at the room and left them the keys,its a disgrace,paint peeling everywhere,smelly,outdated and unhoovered,lost my 123 pounds but dont care,i'll sleep in my own bed tonight thank you very much,just shut the place and stop taking peoples money when they have worked hard for it,you should be asgamed of yourselves.