Calderfields Golf & Country Club
Calderfields Golf & Country Club
Lowest prices for your stay
Lock in the lowest price from these sites
US$117
View deal
eDreamsUS$117
PricelineUS$117
FindHotelUS$117
Agoda.comUS$117
TripadvisorUS$117
StayForLong
View all 12 deals
Prices above are provided by partners for one room, with variable occupancy rules as provided by the property, and do not include all taxes and fees. Please see our partners for full details.
Lottiebuck
2

We were recommended by friends to the Sunday carvery so booked for a family gathering.
We were seated in the conservatory which was cold
& drafty.
The wine we ordered was out of stock & they had run out of Peroni beer! Not a good start!
The starters were all brought out at different times & were very average so say the least.
The only meats left at the carvery were turkey & pork, they had run out of beef!
Our empty plates were left for over half an hour, no desserts or tea/coffee were offered.We then left, our empty plates still on our table, while all the staff were eating their Sunday dinners!
I would not recommend Calderfields golf club carvery to anyone it was a massive disappointment.More

Thank you for your review. Unfortunately the wine and beer situation was beyond our control. The brewery lorry broke down on route to us which left us short for the Sunday service. I have passed your comments onto our front of house manager to address the service with the staff.

If you had made your concerns known to the floor manager on the day we would have been in a position to rectify this immediately.

If you decide to book again, please ask for me directly and I will ensure you receive our usually great service.

Report response as inappropriateThank you. We appreciate your input.
This response is the subjective opinion of the management representative and not of TripAdvisor LLC
See all 262 reviews
Nearby Hotels 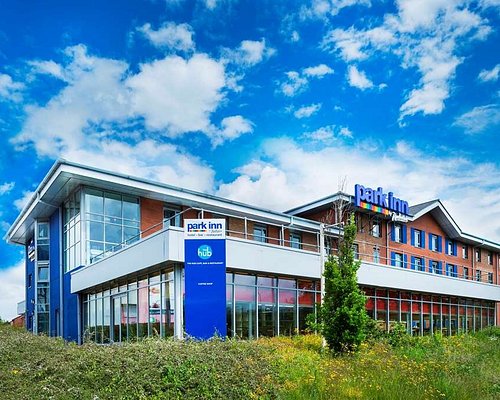 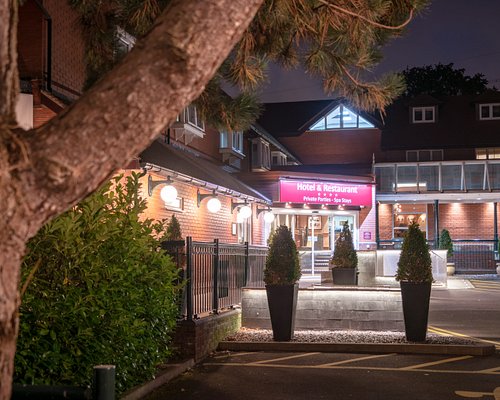 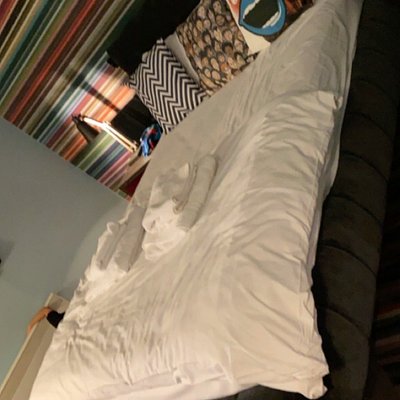 Expedia.com
View deal
Free cancellation
Pay up to 12X
Booking.com
US$69
Lol.travel
US$54
getaroom.com
US$77
View all 12 deals from US$54
588 reviews
3.9 km from Calderfields Golf & Country Club

Hotels.com
View deal
Expedia.com
US$55
Agoda.com
US$48
Radissonhotels.com
US$62
View all 15 deals from US$48
631 reviews
3.5 km from Calderfields Golf & Country Club

Expedia.com
View deal
Free cancellation
Pay up to 12X
Booking.com
US$57
Trip.com
US$52
Destinia.com
US$61
View all 16 deals from US$52
833 reviews
4.2 km from Calderfields Golf & Country Club
We compared the lowest prices from 16 websites
Premier Inn Walsall Town Centre Hotel
US$65
US$49

I go quite regularly for the sunday lunch but over the last few weeks the service has really dropped off. If we didn't enjoy the food as much we would find somewhere else to go. There doesn't seem to be any real coordination of servers which tables they are waiting on. We arrived when it was quite quiet and lots of staff standing around talking. Get seated and went up for the carvery, 15 minutes to get 2 drinks by which time we had nearly finished our mains. Bill came and we were charged for 4 deserts instead of 2.How is that possible? Cracking food but god the service is poor.
Would give 5 stars for the food but the service really let's the place down and unfortunately this is becoming a regular occurrence.

Thank you for your review. We lost our food and beverage manager in January with immediate effect which left us short on managerial presence on a Sunday. On top of this we have taken on new casual staff who are still being trained in Sunday service and to add to this, yesterday, our till and ordering system went down meaning everything became very slow. Our new food and beverage manager, Lisa, visited as many tables as possible to explain the situation and we dealt with the unfortunate situation as best as possible.
We are sure the service will improve and we hope to see you again very soon.

Report response as inappropriateThank you. We appreciate your input.
This response is the subjective opinion of the management representative and not of TripAdvisor LLC
airfish1
Bristol, United Kingdom
435210
Reviewed 14 December 2019
Sunday Carvery

Family Carvery trip to Calderfields. It was the first time we had visited so we had high expectations.

The service throughout the meal was very good. We were seated very quickly and drinks orders taken.

Starter wasn’t bad however there weren’t many prawns hiding under the huge portion of sauce on the prawn cocktail.

The Carvery wasn’t bad. Great choice of vegetables and meat. However I felt the Carvery was let down a little by what looked like almost burnt roast potatoes and a one size fits all gravy. The gravy in my opinion was too strong for port and would have been way to strongly flavoured for turkey.

Despite the negatives I would certainly give the Calderfields another go as the atmosphere and service were very good and maybe the potatoes were a one off.

Thank you for your fair review and constructive comments. I have passed the comments about the starter back to our chef. Regarding the gravy, we understand your views, but, the gravy is the talking point among our 500 weekly visitors and proves very popular with most.
We value your comments and hope to see you again very soon.

Report response as inappropriateThank you. We appreciate your input.
This response is the subjective opinion of the management representative and not of TripAdvisor LLC
Margaret K
Walsall, United Kingdom
5362
Reviewed 3 December 2019
Afternoon tea

Went here with family for afternoon tea. Beautiful location, staff very friendly and efficient. Tea was very good with an abundance of tea or coffee, of varying varieties. Lots of cakes and good variety of finger sandwiches.

Thank you for your lovely review. I am delighted to hear that you enjoyed your visit and we hope to see you again very soon.

Report response as inappropriateThank you. We appreciate your input.
This response is the subjective opinion of the management representative and not of TripAdvisor LLC
Sarah069s
34
Reviewed 17 November 2019
Emma's Baby Shower

I would highly recommend Calderfields to celebrate your special occasions. Today we celebrated a friends baby shower and the event organisers were very welcoming. Dave, Adam, Becca and Acacia thankyou so much! From start to finish you couldn't have done anymore for us. The food was delicious and great value for money and the room was beautifully decorated.

All in all, a brilliant venue, most wonderful and friendly staff and Emma was delighted.

Thank you for your kind review. I am delighted to hear that our team looked after you so well. We hope to welcome you back again very soon.

Report response as inappropriateThank you. We appreciate your input.
This response is the subjective opinion of the management representative and not of TripAdvisor LLC
danny s
1
Reviewed 13 November 2019
FILTHY CAR PARK!

Drove into this venue to play golf, and the car park completely covered in mud, rubble and debris! Covered my car in absolute filth and dirt! Wouldn't recommend this place as the driving into the place is absolutely disgusting! Didn't even bother with the golf as soon as I got out my car and seen the mud all over it really annoyed me! AVOID AVOID AVOID!

To anyone reading this post, this gentleman has been banned from our venue for trying to sabotage our golf shop. Unfortunately people sometimes take to trip adviser as a way of revenge.

We are currently building a new 9 hole golf course and from time to time our car park becomes muddy. We do our utmost to clean the car park ourselves and also employ a commercial road sweeper once a week. This construction work will be over in 2020.