US$56
US$41
View deal
Expedia.comUS$51
Hotels.comUS$51
eDreamsUS$56
View all 17 deals
Prices are the average nightly price provided by our partners and may not include all taxes and fees. Taxes and fees that are shown are estimates only. Please see our partners for more details.
gastronautvic
Sainte-Anastasie, France
5750

We stayed here as we had an early start at the train station and for this it was ideal. Not as handy if you want to visit the sights of Avignon as they are 3.5kms away and transport is a bit limited, either train, shuttle bus or taxi. Parking can be difficult

Review collected in partnership with Accorhotels.com
This business uses tools provided by Tripadvisor (or one of its official Review Collection Partners) to encourage and collect guest reviews, including this one.
See all 478 reviews
Nearby Hotels 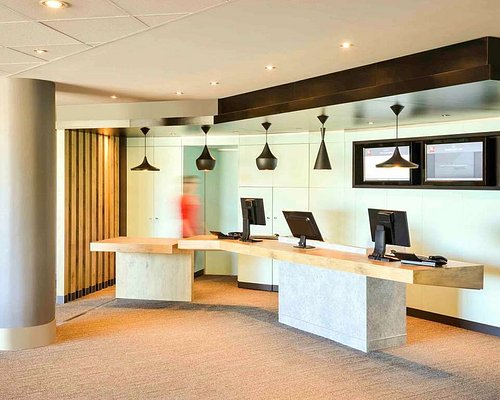 Breakfast included
La Divine Comedie
US$418
Booking.com
View deal
Hotels.com
US$397
Priceline
US$418
Expedia.com
US$397
View all 17 deals from US$397
213 reviews
3.4 km from Adagio Access Avignon
We compared the lowest prices from 17 websites 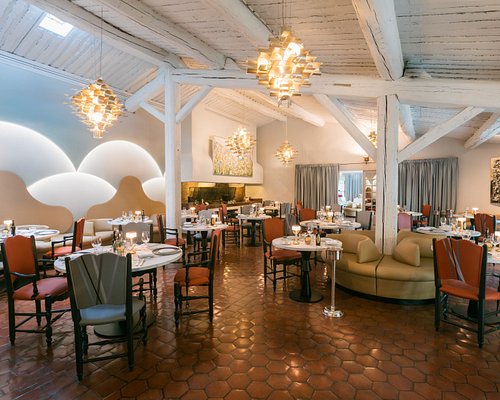 The website claims "private car park". This is misleading as the hotel has a handful of spaces in a carpark shared with other businesses. I was not able to secure a space throughout my five day stay. Street parking is a nightmare with hundreds of cars vying for every space. Hotel staff were apologetic but could only suggest paying to park in the TGV station half a kilometre away. Hotel otherwise fine.

Review collected in partnership with Accorhotels.com
This business uses tools provided by Tripadvisor (or one of its official Review Collection Partners) to encourage and collect guest reviews, including this one.
Ask chrishale1 about Adagio Access Avignon
Thank chrishale1

We have read your review and are sorry to see that it was somewhat mixed. Please be assured that we have taken note of every point raised so that our service can be improved to meet your expectations.

We sincerely apologize for the problem encountered with our parking space. We try to locate all our Adagio aparthotels in the centre of major European cities and therefore have to contend with urban constraints outside of our control.

Despite this, we sincerely hope that you are left with good memories of your stay. We would be delighted to welcome you back to our aparthotel Adagio access Avignon.

Report response as inappropriateThank you. We appreciate your input.
This response is the subjective opinion of the management representative and not of TripAdvisor LLC
Sonia M
1
Reviewed 22 May 2019
A great apart with really staff

Staff are very helpful and always welcoming. The flat is clean and well equipped. Slept very well. Very close to Avignon TGV so really practical when leaving suitcases once checked out. Great place to stay for short and long stay.

Review collected in partnership with Accorhotels.com
This business uses tools provided by Tripadvisor (or one of its official Review Collection Partners) to encourage and collect guest reviews, including this one.
Ask Sonia M about Adagio Access Avignon
Thank Sonia M

This review is the subjective opinion of a Tripadvisor member and not of TripAdvisor LLC.
michellejanec2017
Blackpool, United Kingdom
3
Reviewed 15 April 2019
Review collected in partnership with Accorhotels.com
This business uses tools provided by Tripadvisor (or one of its official Review Collection Partners) to encourage and collect guest reviews, including this one.
Ask michellejanec2017 about Adagio Access Avignon
This review is the subjective opinion of an individual traveller and not of TripAdvisor LLC nor of its partners.
Goldenstimes2
Newport, RI
8242
Reviewed 12 July 2018
Comfortable and reasonably priced, but the property is a bit tired.

Very convenient to the TGV (train station) and our home base for the lavender trail as well as many of the beautiful towns in the region. Some reviewers say that because it is outside of town that is it not convenient, but during our stay, a multi-week festival was taking place inside the walls of Avignon and I can't imagine that we would have enjoyed an in town stay during that time. The streets were jam packed and constant noise. I guess if we spoke and understood French then we might have enjoyed some of the dozens of theatrical and musical performances, but as an English speaker, they would have been lost on us.

Now for the hotel, as mentioned, a convenient home base. The apartment is very basic and the carpeting was very worn and dirty. The halls are also dated with dirty carpeting. We found the same issue with the Adagio Paris Opera (same company). If we are to return to the area, I think we would spend a bit more and stay in a nicer place. This place wasn't bad, nor did it feel unsafe, but just not as nice as we would have liked. It was however very quiet. We were on the top floor and never saw another person on that floor. So if you're just looking for a place to rest your head and spread out a bit, rather than a small hotel room then go for it, just don't expect luxury. I wish there was a category between poor and average, because while the cleanliness and value were not poor, they were not quite average either, but that's just a personal opinion.

We did not eat breakfast, so can't comment on the food. The front desk was helpful. We did find it strange that they do not have personnel around the clock, but we were provided a key code to get into the building and we appreciated the secure parking. Also appreciated the two minute drive to the TGV (train station) to turn in our rental car.

Review collected in partnership with Accorhotels.com
This business uses tools provided by Tripadvisor (or one of its official Review Collection Partners) to encourage and collect guest reviews, including this one.
Ask Goldenstimes2 about Adagio Access Avignon
Thank Goldenstimes2

This review is the subjective opinion of a Tripadvisor member and not of TripAdvisor LLC.
lucybg
Lamai Beach, Thailand
3021
Reviewed 8 July 2018 via mobile
Terrible. Don't even think about staying here.

Awful, awful place. The check in person was fantastic, very friendly and helpful, but the accommodation itself was disgusting. I note some responses to reviews saying they are renovating, but we saw no sign of this. Given our room smelled like a farm we asked to change rooms and were shown three others. They were all revolting, with stained carpets, a strong smell, and inadequate air conditioning for the South of France in summer. We opted for the least smelly room. At night the corridors were in complete darkness and the place felt quite unsafe. We had prepaid, and only had 2 nights there, so decided to take the frugal approach and not check out early and lose our money, although we were very, very tempted.