Well-appointed rooms and excellent service from all staff. While not in the centre of town, the location on the main road makes it very easy to get to Sorrento's main squares and access to the ferry. The rooftop terrace provides exquisite views of Naples. Restaurant available--good value, choices and quality. Road-facing rooms may not enjoy the traffic noise at certain times of day, but the hotel is in all other ways very good.

Trip type: Travelled with friends
See all 630 reviews
Nearby Hotels 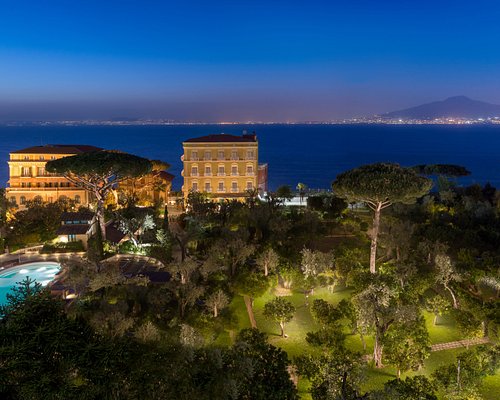 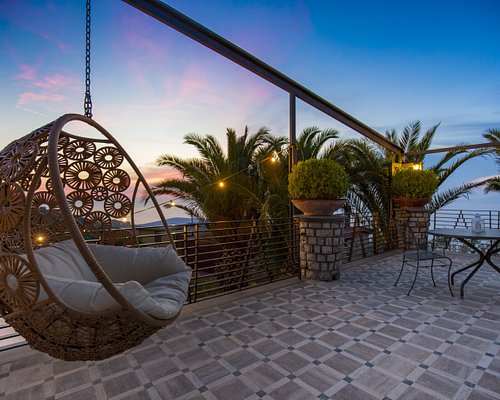 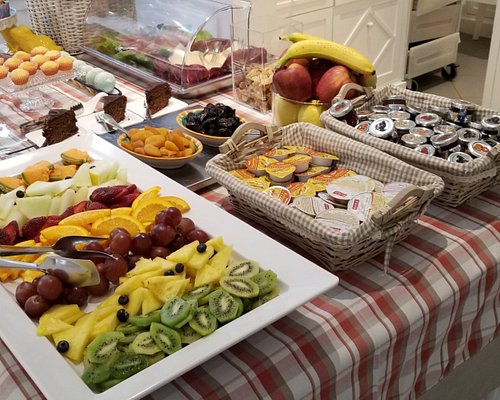 The hotel was clean, centrally located with a friendly and accommodating staff! The buffet breakfast was good with limited choices but they even accommodated us with a very early departure time! The room was very small no view but ok when touring!

This review is the subjective opinion of a Tripadvisor member and not of TripAdvisor LLC.
Greg H
Spring Hill, Kansas
165101
Reviewed 5 November 2019
Nice Hotel

We stayed two nights in Hotel Central during a guided tour of Italy. The hotel is very central, on the main drag in Sorrento. There are shops, restaurants, bars, etc up and down the street in easy walking distance. The streets are very busy with crazy motorcycle/moped drivers. The hotel itself was very nice with granite floors and tile bathroom. The room had a small balcony. All employees of the hotel were nice and accommodating. The only negative was that the shower/tub combination was small and hard to use.

This review is the subjective opinion of a Tripadvisor member and not of TripAdvisor LLC.
heather302019
Laval, Canada
613
Reviewed 25 October 2019
East meets west

The overall quality and up keep of the hotel is good. Our meals were included as part of the package we purchased and offered good selection. Well situated to walk around Sorrento and visit.
CON: The only downfall about this hotel was that the rooms were hot and there was no AC unit in the room. We are from Canada and in 25-26C weather we need AC. We opted to open the doors to our room. What a mistake. The noise from the street was treacherous. Hot and no sleep ‍♀️

This review is the subjective opinion of a Tripadvisor member and not of TripAdvisor LLC.
alysons726
Gosport, United Kingdom
12042
Reviewed 11 October 2019
lovely clean hotel

great hotel, great location. Really lovely staff, clean rooms and not too far from centre.
Great facilities and a really good quality breakfast. We stayed for 4 nights and were made very welcome. Great shuttle bus into centre as well

This review is the subjective opinion of a Tripadvisor member and not of TripAdvisor LLC.
Daniel P
Derby, United Kingdom
249
Reviewed 30 September 2019
Nothing special...3 star hotel at best.

First impressions from the entrance are fantastic; however, if you look a little deeper, you will see it’s not at all a four star hotel.

The WiFi was fast and reliable

There were fantastic views from the top floor terrace

The food...where do I start. Between the breakfast and the dinner, the breakfast was the most edible. At breakfast, there is a selection of options (much like a buffet) but the pastries do not taste fresh at all, the coffee from the machine is bitter and the toaster takes about 10 minutes to actually cook anything you put in it. At dinner, the menu is changed daily but there are many obscure options and combinations. Even though we had already paid for dinner as part of our stay of 7 nights, we only ate here 3 out of the 7 nights. On the first night, the menu sounded great but the quality of the food which was served to us was terrible. As a result, we did not eat here for another 2 nights. The second time, they actually served steak and this was lovely, but again, let down by the poor choice of side dishes which are not optional. The final time we ate, the meatballs tasted very processed and not handmade; the dessert (cheesecake) was partially frozen inside, despite it not being marked as a frozen product on the menu. The waiting staff (apart from the manager) did not have a clue what they were doing and just stood around, not clearing tables. The food which can be ordered from the snack and lunch menu was the complete opposite; so tasty and fresh. If the restaurant maintained the same quality at dinner time and offered the same level of choice (perhaps like a buffet), it would have been so much better.

The air con in the rooms was good; however at several points during the day, the smell of sewage came through the air con which meant having to open the balcony door and use deodorant to try and rid the smell.

The pool/outside - the top floor terrace was fantastic and rarely used so you ended up with it all to yourself. The pool/outside area was very busy and I must point out, used by a neighbouring hotel, gym goers and the general public so not private at all (it does not state this on the website). The pool also has a list of rules clearly displayed, but we observed many people ignore them and staff did nothing to stop them (I.e dive bombing into the pool which meant everyone on the sun lounges nearby got soaked)

Location - Due to the location not being central (ironic due to the name of the hotel) a shuttle is offered. When we booked, we was under the impression that the shuttle bus belonged to the hotel customers only. The shuttle bus however is shared between a hotel in Naples and this hotel, meaning that it can sometimes be full by the time you want to use it. You then have to endure the 20 minute walk in 30 degree temperature, whilst navigating the dangerous roads of Sorrento.

Overall, an average stay. Would I return? No. Would I recommend? Probably not.

This review is the subjective opinion of a Tripadvisor member and not of TripAdvisor LLC.
View more reviews
PreviousNext
123…
<script type='text/javascript' cros