US$93
US$74
View deal
Free cancellation until 30/01/22
Expedia.comUS$89
Hotels.comUS$89
eDreamsUS$87
View all 14 deals
Prices are the average nightly price provided by our partners and may not include all taxes and fees. Taxes and fees that are shown are estimates only. Please see our partners for more details.
Per_Leth
Copenhagen, Denmark
4447

Stayed at Hotel Posta for 2 nights. Good location, the bus from the airport dropped us off 5min walk from the hotel.

Very friendly and helpfull staff. Room was as described. Only thing to point out, was a very small shower booth. - no noise from the streets, as some reviews pointed out.

Good value for money, very recommendable if you’re looking for a bugdet hotel in Palermo.

Trip type: Travelled as a couple
See all 563 reviews
Nearby Hotels

Breakfast included
Sponsored
Ibis Styles Palermo Cristal
US$61
US$58
Tripadvisor
View deal
Free cancellation
Hotels.com
Expedia.com
US$61
Booking.com
US$58
View all 19 deals from US$58
776 reviews
We compared the lowest prices from 19 websites 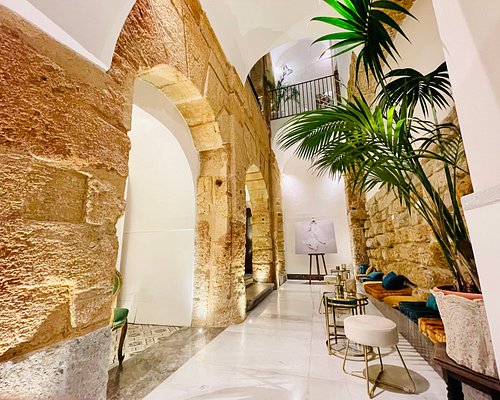 Expedia.com
View deal
Hotels.com
Destinia.com
US$154
Booking.com
US$166
View all 14 deals from US$154
83 reviews
0.0 km from Hotel Posta
We compared the lowest prices from 14 websites 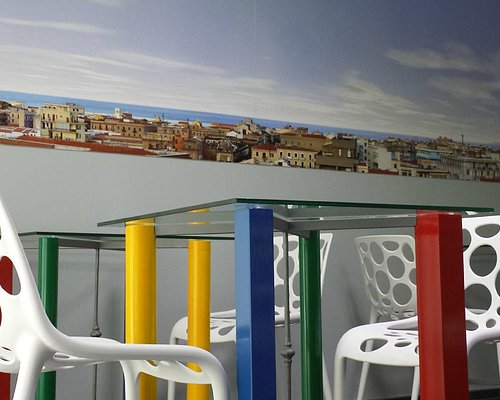 Taking safety measures
We compared the lowest prices from 15 websites
Palazzo Natoli Boutique Hotel
US$102
Booking.com
View deal
Free cancellation
Expedia.com
US$104
Etrip
US$91
Priceline
US$108
View all 16 deals from US$91
118 reviews
0.7 km from Hotel Posta

Expedia.com
View deal
Hotels.com
Booking.com
US$52
CheapTickets
US$68
View all 12 deals from US$52
255 reviews
0.5 km from Hotel Posta

Hotels.com
View deal
Expedia.com
Booking.com
US$70
Travelocity
US$82
View all 16 deals from US$70
166 reviews
We compared the lowest prices from 16 websites
Breakfast included
BBX Palermo

The room was super comfortable and really big. A lot of space to put luggage. The location is amazing, only 2 blocks away from Massimo Theatre. The staff more importantly was super kind and friendly, they really made our stay a special one by giving tips and making the hotel atmosphere very cozy and fun. You immediately feel at home and whatever you need you can always ask and they will try to help you.

This review is the subjective opinion of a Tripadvisor member and not of TripAdvisor LLC.
notb4mybeer
Province of Naples, Italy
13693
Reviewed 3 January 2020
Decent but could use some renovating.

Pros: The gentleman who checked us in was extremely friendly and helpful. The lobby was attractive and the breakfast and breakfast room were nice. Hotel wa a short walk from nearly everything - very convenient.

Cons: Several websites we consulted advertised that this hotel had 24 hr. room service. But the man who checked us in said there was no room service. We checked out early because room service is something important to my wife, who is disabled. The man who checked us out got angry with us and argued that they can bring coffee or even breakfast up to our room if we had asked, and that qualified as room service. He threatened to bill our credit card since we elected not to pay for our second night. It was kind of a downer. The room had no coffee maker or water heater and was otherwise fairly bare-bones. We also mentioned that there was quite a bit of noise in our room and the guy got angry and said no one had every complained about noise there.

This review is the subjective opinion of a Tripadvisor member and not of TripAdvisor LLC.
Thomas B
Santa Rosa, California
3356
Reviewed 22 October 2019
A very convenient hotel for major sights

Large clean room ,uneven staff help, great breakfast, very noisy neighborhood. Do not get a room on the front side of the hotel.Night clerk was very helpful with getting a printed airplane ticket to fly from Palermo to Rome.

Room tip: Get a room away from the entrance of the hotel
Ask Thomas B about Hotel Posta
2  Thank Thomas B

This review is the subjective opinion of a Tripadvisor member and not of TripAdvisor LLC.
MalcolmDoncaster
doncaster
4851
Reviewed 14 October 2019 via mobile
Sicily Food Tour

Very central position.... and that’s about it really. It’s clean and tidy but basic accommodation compared to other similar rated hotels we stayed in. Breakfast average and unchanging. Staff slightly surly at times. Meh!

This review is the subjective opinion of a Tripadvisor member and not of TripAdvisor LLC.
Phileas_Flogg
Oxford, UK
282364
Reviewed 4 October 2019
Great location but in urgent need of an upgrade

The only positive I can come up with Hotel Posta is its location which was great for the airport bus and within reasonable walking distance of all the main sites.

Unfortunately, that's where the praise stops. The staff were polite enough and, located in a side street, noise wasn't an issue. But the room was functional rather than comfortable, there was no fridge and the hanging space was of the small and open variety, ie no cupboard. The bathroom was cramped and in dire need of an overhaul. There were multiple clusters of mould in the shower and the electrics looked like they hadn't been updated for 30 years and was starting to look dangerous. The shower was just hot enough and just powerful enough.

The breakfast buffet selection was uninteresting and unvarying, comprising cheap, commodity products and missing the thoughtful extras that would earn another TA blob.The wifi was serviceable tho frequently dropped out and there were inadequate power sockets for modern needs.

Overally, Posta Hotel looked much better online than it did in person and is really somewhere you would want stay no longer than 2 days max.