US$111
Free cancellation until 05/02/22
View deal
PricelineUS$111
Hotels.comUS$111
Booking.comUS$111
eDreamsUS$111
TravelocityUS$111
CheapTicketsUS$111
View all 15 deals
Prices are the average nightly price provided by our partners and may not include all taxes and fees. Taxes and fees that are shown are estimates only. Please see our partners for more details.
JohnnerSheep
Aberdeen, United Kingdom
10467

One night stop for work, a crazy quirky hotel. Receptionist told me to get to my room i need to walk "through the bowling alley and up the stairs by the big red bus" ok...he wasnt wrong though! Its like every owner of it has added something new and just kept adding and adding...odd place but was fine for the night, decent banter with the bar staff who were friendly and helpful, room was fine, good size and everything was what you would expect in a hotel/bowling club...

Trip type: Travelled on business
See all 240 reviews
Nearby Hotels 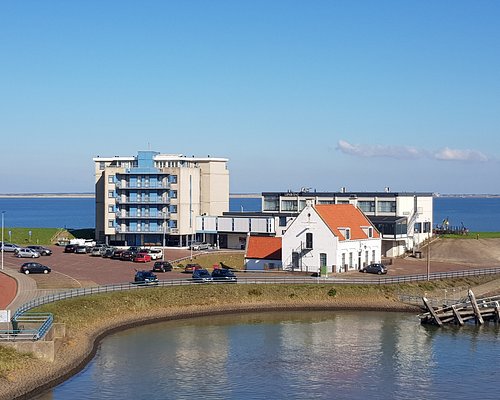 Travelocity
View deal
Orbitz.com
Priceline
US$123
Expedia.com
US$125
View all 13 deals from US$123
64 reviews
1.1 km from Hotel Den Helder
We compared the lowest prices from 13 websites 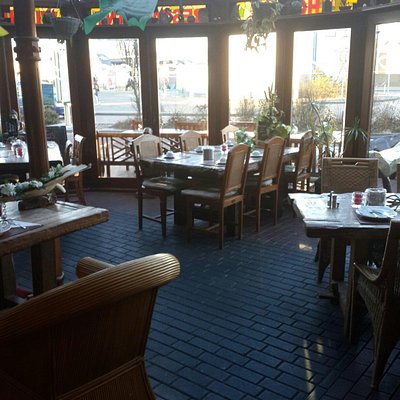 We stayed here recently over New Year's Eve (my main goal was to avoid the all-night noise of fireworks in Amsterdam, and a quick getaway). This place is a bit dated but was reasonably clean (and quirky as others have said). I imagine it has scads of tourists in the summer but was quite quiet during our winter stay. The included buffet breakfast was a nice touch. The room was nice-sized with a balcony (though it had seen better days). It has a bowling alley on the premises (we didn't partake, but it looked fun) and a quirky central bar area. The staff were extremely courteous, professional, and helpful (I really needed to get into the room an hour early and they were happy to accommodate us). It is a reasonable distance from the train station if you have to walk or bike, and reasonable biking distance to the Texel ferry. It seemed to be the main hotel in town. The WiFi was in the public areas only but it was more or less accessible from our room (in case that is a priority, as it was for me). So, no frills or luxury, but if you are just looking for sleeping accommodations, it is certainly adequate, and reasonably priced.

This review is the subjective opinion of a Tripadvisor member and not of TripAdvisor LLC.
cairngrassie
Portlethen, United Kingdom
9164
Reviewed 23 October 2018
very quirky

One night stay for business and it was very pleasant.
This hotel is very quirky but i liked it.
Bar and reception staff were nice and helpful.
The hotel is dated but it suited my needs and I had a great sleep.
I'd like to stay here at a weekend when some entertainment is on to see how lively it could be :)

This review is the subjective opinion of a Tripadvisor member and not of TripAdvisor LLC.
unkleboab
Darlington, United Kingdom
67
Reviewed 23 August 2018 via mobile
Weird

Apparently it used to be a Motel, then someone built a roof over the open part (without considering the concept of echoes, it’s like a massive greenhouse).

If you’re looking for a good nights sleep consider elsewhere, between the mice squeaking, the road, the bowling and the weird covered quad, complete with stage, you may not get much shut eye.

The food was fine, the obsession with half cooked potatoe balls was something new. The tomahawk steak was nice, but huge, be warned! When eating in the restaurant it’s not often you see mice crawling out from under the breakfast counter, but that’s what happened. When staff were asked if they knew they had mice in the restaurant they calmly replied ‘frequently yes’ and carried on. I was left wondering if the same approach was taken in the kitchen, then left the rest of my meal.

Overall not the worst place I’ve spent a few nights, but also no-where near the best.

This review is the subjective opinion of a Tripadvisor member and not of TripAdvisor LLC.
liascully2018
Surrey, United Kingdom
2
Reviewed 4 August 2018 via mobile
Quirky but fab

You can’t help but have a soft spot for this hotel; there is a bowling alley, a London bus and a crazy golf course!

Our room was large and comfortable.
There was a separate bathroom and toilet which were clean.

If I were staying in the area again, I would definitely stay here and would recommend it.

It was 6 mins drive from the Texel ferry and a 15min Walk to the town.

This review is the subjective opinion of a Tripadvisor member and not of TripAdvisor LLC.
Maxie1996
Groningen, The Netherlands
231
Reviewed 9 July 2018
Bad hotel, good food, friendly staff.

Poor Wi-Fi connection in the room, rooms looked very old-fashioned, the bathroom is rather tiny. The only positives were the friendliness of the staff and the amazing breakfast they had. I'm honestly at a loss for words on the hotel claiming to be 3 stars. If I'm staying at a hotel in Den Helder again in the future...it will absolutely not be this one.

This review is the subjective opinion of a Tripadvisor member and not of TripAdvisor LLC.
View more reviews
PreviousNext
123…
<