US$128
US$85
View deal
Free cancellation until 23/01/22
Hotels.comUS$128
PricelineUS$90
TravelocityUS$128
View all 17 deals
Prices are the average nightly price provided by our partners and may not include all taxes and fees. Taxes and fees that are shown are estimates only. Please see our partners for more details.
TejasIII
McAllen, Texas
9859

Great rural place with olive trees, vineyards, beautiful view of the countryside and the suite was outstanding. Host also has grounds you can walk and explore. We stayed for 3 days and really loved it. Male owner was super nice, had a small chat before checking out. Also the breakfast staff was outstanding, they treated us including our infant son like family

Trip type: Travelled with family
See all 315 reviews
Nearby Hotels 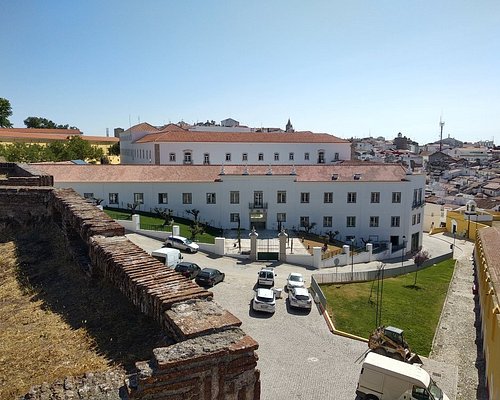 Expedia.com
View deal
Free cancellation
Pay up to 12X
Hotels.com
US$116
Trip.com
US$103
Booking.com
US$117
View all 16 deals from US$102
230 reviews
4.6 km from Hotel Rural Monte da Provenca
We compared the lowest prices from 16 websites 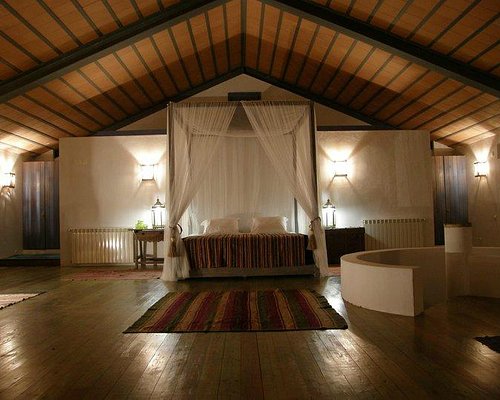 Expedia.com
View deal
Pay up to 12X
Booking.com
US$60
Agoda.com
US$49
travelup.com
US$78
View all 17 deals from US$49
360 reviews
4.8 km from Hotel Rural Monte da Provenca
We compared the lowest prices from 17 websites
Breakfast included
Hotel Dom Luis
US$74

Expedia.com
View deal
Free cancellation
Pay up to 12X
Hotels.com
US$85
Trip.com
US$64
Booking.com
US$72
View all 17 deals from US$64
281 reviews
4.9 km from Hotel Rural Monte da Provenca
We compared the lowest prices from 17 websites
Breakfast included
Sponsored
Vila Gale Collection Elvas
US$116

Great location for breaking the journey to Bilbao ferry. Open all year. Genuine and interesting hosts with great local knowledge. The Portuguese cook is an absolute Rock Star.serving up brilliant locally sourced produce to die for - she’s also delightfully social. Wine list is excellent and sensibly priced. We will return in January.

This review is the subjective opinion of a Tripadvisor member and not of TripAdvisor LLC.
igovanhoof
Kapellen, Belgium
3212
Reviewed 6 September 2021
'BREATHAKING PLACE'

We stayed here for 3 nights last august, and it was a really more than wonderful experience.
The location is close to Elvas, but tranquility is all around with the immaculate gardens and grounds all around.
Gardens and pool are extremely well kept, and a lush for all scents.
Everywhere beautiful tropical trees,flowers ,and awesome lavender plants.
The whole place is a real oasis in the Alentejo.
Breakfast was perfect, served on the amazing terras, so was lunch and diner.
Everything fresh and tasty, compliments for the cook Bia, we loved her kitchen very much.
The owners Joachim and Maria are real fine discreet and friendly hosts.
We felt here really at home, and we did not like to leave after 3 nights.
The only minus was that it was august high season holidays, so sometimes the noise of spoiled constantly screaming children disturbed the pastoral peace and beauty of the place.
But far away from the poolside we find even more beautiful places to relax.
Overal we can recommend the place very much. And we will visit Monte de Provenca again. Comparing price and quality , this is a 10 +++++
Muito obrigado e Adeus.

Ignatius and Stefan from Belgium

Room tip: All rooms are good, we stayed in a patio room, and it was quiet and cool and nice.
Ask igovanhoof about Hotel Rural Monte da Provenca
Thank igovanhoof

This review is the subjective opinion of a Tripadvisor member and not of TripAdvisor LLC.
Kevin S
Pontypridd, United Kingdom
1300880
Reviewed 25 July 2021
An excellent quality building which could be an excellent hotel one day

A lovely building, an old convent converted to a hotel. The building is very impressive, large rooms, an excellent veranda for breakfast or dinner all very well furnished, very nice grounds, a large sparklingly clean swimming pool. Our room was quite large with a very high impressive wooden ceiling and well furnished. And perhaps therein lays an issue. It is very well finished, and in trying to keep it that way the owners are not trusting their guests. Hence maybe no tea or coffee facilities to stop refreshments in the room. Many rules around the swimming pool. All perhaps necessary, but from our greeting to the notices it was often reinforcement of rules rather than greetings. If no tea or coffee, perhaps a cold welcome drink on arrival? No. If no glasses by the pool how would we enjoy an afternoon drink? Get dressed and move to the veranda? And because it was so quiet, maybe just two other rooms occupied when we there there, was an evening meal available? I don’t know, it was never mentioned, just as well we were planning on the 8 kilometre drive to eat in town in the evenings anyway. Actually, on check out, we were asked why we did not eat there on our third night. It happened that it was the weekend with more guests and they were opening the restaurant. But no one thought to tell their guests. Then on check out I was asked to pay. I explained that it was paid in advance, I do 90% of my hotels that way and I know this was the case. No, the owner insisted it had not been paid. Continuing she was right she proceeded to keep us waiting while she fuddled her way through her system, only to confirm that it was in fact paid. And with no apology or offer of help with our luggage we were on our way.
In summary, an excellent quality building which could be an excellent hotel but isn’t, some learning yet to be done.

This review is the subjective opinion of a Tripadvisor member and not of TripAdvisor LLC.
Larry D
Puerto Morelos, Mexico
31
Reviewed 17 June 2021 via mobile
Nice, but with some issues.

We stayed here for three nights in June 2021.
First, the good stuff. The property is beautiful, rural, and has a very nice pool. The rooms are clean and spacious. The breakfast is very good and the serving staff for breakfast are very polite and helpful.
Now the ‘bad’ - basically we had three issues.
It appears the owners also act as the check-in/out clerk, bartenders, and waiters. The husband is very nice and helpful. The wife is rather cold and was unfortunately the one who we did our initial check-in with. We felt somewhat uncomfortable; it was as if she was doing us a big favor to take the time to check us in. We found this very odd given this is rated as a 4-star. Surely, you can hire dedicated front-desk staff.
Throughout our stay, It was a rather convoluted process to get one of them, just for us to order some drinks to enjoy the beautiful view on the deck. I would either need to push a button on the front desk to call one of them from upstairs, or go into the kitchen area to ask for what we wanted, only to have the kitchen staff phone the owners, who would then come down and deal with us. All that to say, we did not order a second round of drinks.
Second, there is no air conditioning. This was a big surprise and I may not have booked it if I had known. Luckily, we had rather mild temperatures and so with the windows open, there was enough air circulation to keep the bedroom cool enough. But I am not sure the peak summer months would be bearable here without A/C.
Third, the owners have two large dogs; one of which barks throughout the night at anything that moves outside. After two nights of being woken up several times, we complained. The owner was sympathetic, but noted there was not much he could do to keep the dog from barking (really?). The dog did not bark on our third night, so obviously our complaints changed something regarding the dog. So why stay at a quiet, rural 4-star hotel, if the owners have a dog that barks through the night? I could stay in a 2-star in town and be woken up all night by the traffic for a lot less money. It was especially annoying as we needed to have the windows open to compensate for the lack of A/C.
Ultimately, this is a very nice property. You just need to be prepared for a bit of “Fawlty Towers”.

This review is the subjective opinion of a Tripadvisor member and not of TripAdvisor LLC.
FernandoMM521
Lisbon, Portugal
1
Reviewed 10 March 2021
Staying at Monte da Provença was an amazing experience!

The property is very nicely located, and our suite was excellent. A strong biodiversity and sustainability focus was clearly seen wherever we went at the property. The hosts, Maria e Joachim Schmid, were outstanding during our stay. Their supporting staff were also super friendly and very helpful, including their cook that provided us with some memorable meals. They also had charging points for electric vehicles available at the property, which really came in handy. All in all, a wonderful experience we will not forget!

Trip type: Travelled with friends
Review collected in partnership with this hotel
This business uses tools provided by Tripadvisor (or one of its official Review Collection Partners) to encourage and collect guest reviews, including this one.
Ask FernandoMM521 about Hotel Rural Monte da Provenca
Thank FernandoMM521