Hydro Hotel
Lowest prices for your stay
Lock in the lowest price from these sites
US$105
View deal
PricelineUS$105
eDreamsUS$105
StayForLong
Agoda.comUS$105
ZenHotels.com
Prices are the average nightly price provided by our partners and may not include all taxes and fees. Taxes and fees that are shown are estimates only. Please see our partners for more details.
whitey1962
Worcester, United Kingdom
230144

Upon arrival at 7pm I found the car park full. parked on the road alongside the hotel but you would have thought it should be mentioned that the car park is small.

Also upon arrival I find that food serving finished at 7pm and there is no room service. Went out on the town looking for food instead.

Handed a coffee and tea pouch at reception. This is some bean counters idea of saving money, but it doesnt work. As I went out for food I didnt use any of the pouches and brought them home. If the contents were in the room I might have used a tea bag, a sugar and a milk but in effect I used all of it instead. Makes the hotel chain look cheap!!

Room was OK but then I asked for a sea view (and paid extra). It was clean and tidy

Situated on the promenade it was in a good position

Show less
Room tip: Sea view a must
See all 459 reviews
Nearby Hotels 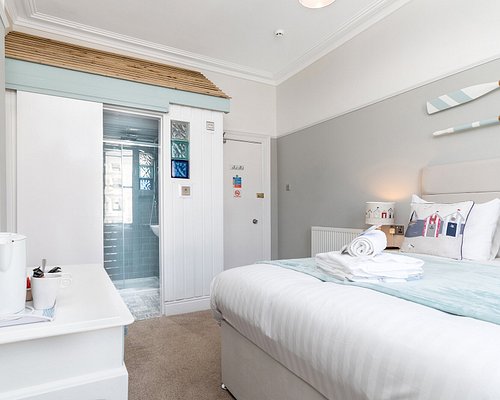 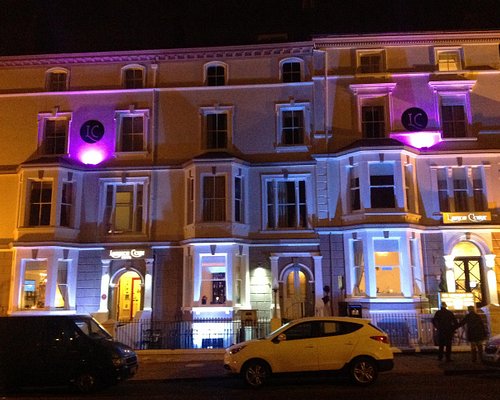 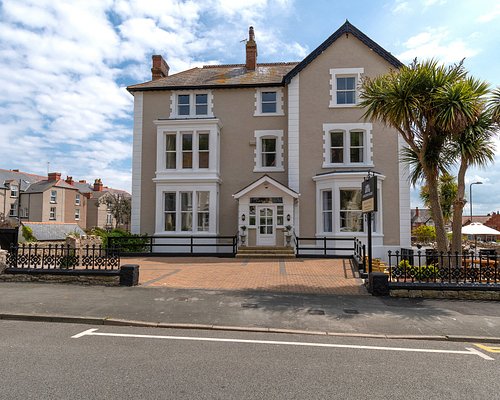 Breakfast included
Lansdowne House
US$147
Booking.com
View deal
Reserve now, pay at stay
Priceline
US$147
eDreams
US$147
Tripadvisor
US$146
View all 7 deals from US$146
325 reviews
1.1 km from Hydro Hotel

Taking safety measures
We compared the lowest prices from 19 websites
Breakfast included
St. George's Hotel
US$196
US$156
Tripadvisor
View deal
Pay up to 12X
Booking.com
Travelocity
Priceline
US$196
View all 18 deals from US$156
1,790 reviews
0.6 km from Hydro Hotel

Travelocity
View deal
Booking.com
Priceline
US$105
Hotels.com
US$128
View all 12 deals from US$105
252 reviews
0.6 km from Hydro Hotel
We compared the lowest prices from 12 websites
The Grand Hotel - Llandudno

Upon getting on the coach we were told by the driver that all train journeys had been cancelled due to Covid restrictions. Upon arriving at the hotel we were then told that there was no room service unless requested. The food was extremely poor. The entertainment comprised of bingo for a measly prize and a quiz were the questions had been given out a couple of hours before answers . Wales answer to Fawlty Towers, best steered clear of., worst trip of our lives.

This review is the subjective opinion of a TripAdvisor member and not of TripAdvisor LLC
patricia f
York, United Kingdom
238135
Reviewed 29 September 2020
Not Impressed

Never been with Alpha travel before but as our usual company Shearing's went down earlier this year decided to try this company.
We went for 5 days on a self drive holiday but have to say it was the worst 5 days ever spent in a hotel anywhere.
The room we were given was a sea view twin which I had requested when I booked,cost us an extra £56 ,yes it was a sea view but you had to be either 6ft tall or stand up to see it,a sea view room should be one where you can sit on chairs to admire the view,to me this room was sold under false pretences.
The room had been cleaned but not to our standards & for saying we're in a pandemic everything should be squeaky clean,as my photos will show the radiator & window frames were in a disgraceful state,also the plug hole in the sink basin.
Now to the food ,what can I say,poor at best & if you were a big eater there was not enough on a plate to fill you,yes there were 3 courses but none of the courses were large enough to fill anybody,perhaps a child at a pinch.
One lift to service 200 rooms was not on ,because of covid only one room at once could use it
There was notices everywhere asking you to use masks when ever moving about the hotel,also plenty of hand sanitisers but not a lot used them.
We were not informed about ongoing building works before we booked,our room over looked the scaffholding & with it of course the noise.
Now to a couple of positives,the bedding was good quality & clean,good pillows but the quilts were very thin,2 night had to put my coat on the bed to get warm.
Best part about this hotel were the staff,right from the manager to the waiter/waitresses,absoloutely great they were ,so friendly ,couldn't do enough ,we were well looked after by them,they were all Eastern European & Spanish which says a lot.
The local people were most unfriendly ,will not be going back to Wales or travel anywhere with Alpha Travel.

This review is the subjective opinion of a TripAdvisor member and not of TripAdvisor LLC
leecG9660IS
Wolverhampton, United Kingdom
143
Reviewed 1 September 2020
Relaxed quiet and safe hotel stay.

This was our first stay in a hotel since Covid changed life and we were a little apprehensive.However my fiancee and I were impressed by the measures taken by the hotel staff. Distancing in the bar and breakfast room,sanitiser placed all around the hotel,staff wearing masks and visors and screens at reception.We felt as comfortable as anyone could expect.
It is an old building with it currently being updated,modernised and redecorated but this did not affect our comfort and use of facilities in anyway.In fact it was good to see that the owners of the hotel are investing in the place and restoring it to a grand condition which it obviously was in days gone by.
Our room was very clean with a comfortable bed and a modern bathroom. All the staff were very friendly and attentive with plenty of them to serve breakfast in a very efficient manner and in the evening table service at the bar was very good.
The breakfast choice was extensive with eveything you would expect from cereal,fresh fruit juice to a traditional full English.
All in all a good hotel stay and I will definitely come here again next time I stay in Llandudno.

This review is the subjective opinion of a TripAdvisor member and not of TripAdvisor LLC
ian B
Greater Manchester, United Kingdom
117
Reviewed 29 August 2020 via mobile
5 Days at the Hydro !

We went on a 5 day break with Alfa Travel, the first day after lockdown was lifted, we had to wear face masks throughout,but this was expected,The staff were excellent, and the stay was great,we had a sea view room,which was very clean,and had recently been updated,we couldn't have evening entertainment ,but there was bingo and a quiz with prizes,all the staff made us very welcome and an enjoyable stay with excellent food! I am Gluten free,and making this known on arrival ,there was always a good choice available, including hot bread rolls and toast !

Trip type: Travelled as a couple
Ask ian B about Hydro Hotel
1  Thank ian B

This hotel was good value for money, it is largely accommodated by the older generation. The walls are super thin we knew names of the old couple above from their randy shenanigans, Ron and Vera were very active from 10pm onwards. They gave us quite a show, it made our trip actually! Good on you on Ron! Beds very comfy, bit squeaky from upstairs but apart from that cracking experience.