US$84
View deal
Free cancellation until 30/01/22
Reserve now, pay at stay
FindHotelUS$85
TravelocityUS$85
CheapTicketsUS$85
View all 12 deals
Prices are the average nightly price provided by our partners and may not include all taxes and fees. Taxes and fees that are shown are estimates only. Please see our partners for more details.
Lisaleelee78
Greater Manchester, United Kingdom
1828

Review of The Manor Hotel
Reviewed 23 November 2021 via mobile

Although we didn’t stay at the manor, we learned it was open to non residents and had sky sports, so we visited to watch the match.
Atmosphere was great till what I believe was the managers family arrived. They was very loud, rude and drunken idiots. Standing in front of the tv whilst everyone was trying to watch football, then making remarks saying “oh they are fuming” Or kicking the air whilst I was stood waiting to get out of the door whilst they was arguing with one the their partners, then another women threw a bottle of beer in temper outside.
As the manager said “we can’t choose family”….no we can’t but they should know when a football match is on that they shouldn’t be so rude to stand in front of the tv nor should the manager allow his family to spoil what was a good few hours we had there before “his family” arrived.
Glad I wasn’t staying there with all the noise and the arguing family
However I would certainly go again for drinks and to watch football because they were good hosts in fairness.More

Show less
Trip type: Travelled as a couple
See all 449 reviews
Nearby Hotels 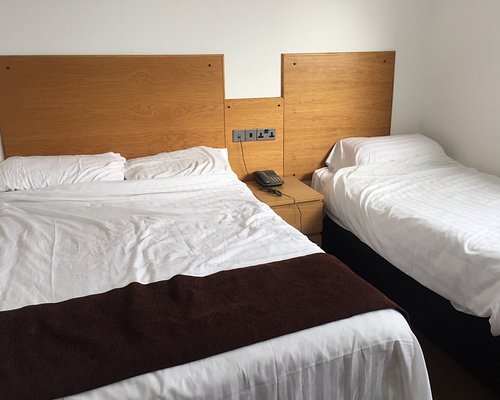 Hotels.com
View deal
Booking.com
FindHotel
US$67
Expedia.com
US$77
View all 16 deals from US$67
431 reviews
0.9 km from The Manor Hotel
We compared the lowest prices from 16 websites 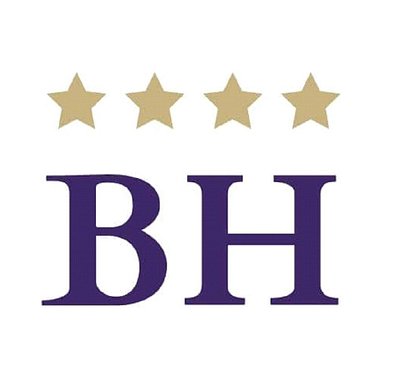 Room was damp/mouldy. It smelt awful, carpets stained. Bed fallen in at the middle and didn’t look like the sheets had been changed. Pillows had loads of fresh make up on. Wardrobe falling to pieces as long with the curtain rain and chest of drawers. It really is an awful hotel. Doesn’t look like anything in the pictures.
We didn’t end up staying, checked out shortly after checking in. Couldn’t stay in that room or hotel. I advise you to not book. Probably the worst hotel I have ever seen. I don’t know how this hotel is allowed to operate under these conditions.

This review is the subjective opinion of a Tripadvisor member and not of TripAdvisor LLC.
952phillh
Chester, England, United Kingdom
54
Reviewed 17 September 2021
Couple of days away

Really good all my family enjoyed our stay if you are looking for something to eat Greek restaurant around the corner is a must really nice people at the hotel and good breakfast good value for money.

This review is the subjective opinion of a Tripadvisor member and not of TripAdvisor LLC.
louisetH7837EM
3
Reviewed 2 September 2021 via mobile
Didn't stay in the end

Parking on the nearby street is awful.
Check in was friendly.
Dumped our bags in the room and went straight out.
Returned late to discover food under the bed, a dirty bathroom and so much noise from the TV next door (10.35pm) that we felt we couldn't stay.
As we handed the room keys back the chap on reception didn't seem bothered we weren't staying (well, we'd already paid, so...). Really disappointed.

This review is the subjective opinion of a Tripadvisor member and not of TripAdvisor LLC.
L308VGmargarets
1
Reviewed 23 August 2021
Mrs

This hotel needs a revamp. Its very dark and decor needs an update. Cooked breakfast is not included so is misleading. No hot water in room, very cold. Hosts were very nice but service at breakfast was not good. Would not stay here again.

This review is the subjective opinion of a Tripadvisor member and not of TripAdvisor LLC.
692beccat
1
Reviewed 14 August 2021 via mobile
Lovely hotel and spot, great staff

Came for a weekend away. Staff was great, Gareth and mark were welcoming and polite. They made sure we had everything we needed. Right next to the prom with a great view, breakfast was lovely and bar service was on point. Defiantly stay again.