Do not go until things are cleaned regular.... - Review of Southview Holiday Park

Do not go until things are cleaned regular....

So we have used this site every year for the past 7 years but this year was the worst. We booked through sandcastle holidays and the caravan was subpar the cooker didn't work for longer than 5mins the place had mould residue everywhere and the boiler was lit with a lighter by someone onsite and when phoning about it we were told they had nothing to switch us to so our best option would be to pack up and go home and they would just refund us with a very snooty attitude. South view site its self was lacking in most ways, the fishing was closed due to infection, the boathouse bar was lacking menu items and overpriced, the show bar was overpopulated and not cleaned regularly at all the glass collector just walking around with a dozen or more glasses touching multiple tables with no spray sanitiser and to top it off my family had avoided the covid virus since the start of it all but thanks to this one visit to the site my brother in law and my daughter both tested positive so we left a day earlyMore

Hi Elementald2020, we appreciate your honest review. We set a high standard for ourselves, so we are disappointed to hear that your experience with us was not a positive one. ^SA

Report response as inappropriateThank you. We appreciate your input.
This response is the subjective opinion of the management representative and not of TripAdvisor LLC
See all 2,453 reviews
Nearby Hotels
11% less than usual
Sponsored
Hatter's
US$74 Priceline
View deal
Free cancellation
Booking.com
US$98
FindHotel
US$98
eDreams
US$98
View all 12 deals from US$98
724 reviews
3.6 km from Southview Holiday Park 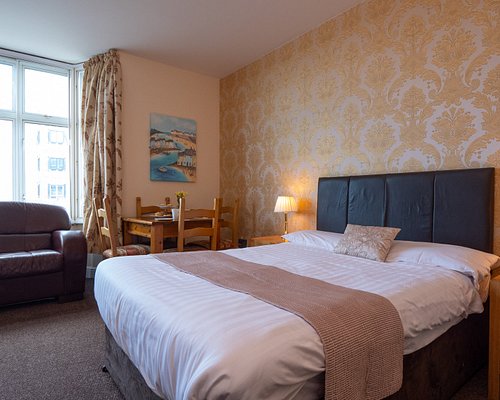 We arrived on site 2 hrs early to have a look around and get to know the place n look at the amenities, we eventually found our caravan to c what it was like there was a leak underneath the cleaner said they would get someone from maintenance to look at it, that never happened, unfortunately the heavy rain came so the cleaning lady said we cud sit in front room of van as she was nearly done, then two more ppl arrived to put one curtain up per window where there’s ment to be two has the previous tenants took the curtains they didn’t even fit which I mentioned to which the lady replied “ well no one sleeping in front room at night so should be ok for the daylight in the morning, we’ll no I don’t want ppl looking in at night when I have four children in the van with us. The cleaner was more concerned about getting to her daughter than finishing the van. We came out to let them finish, upon return to the van it was still dirty so my partner and I and our 16 yr old spent an hour cleaning it ourselves which is not what you want to do on your holiday. It was not even the caravan we had booked and further through the week we found more n more problems with the van it was awful, we complained which they agreed was awful and that the manager would contact that didn’t happen at all. The boathouse restaurant is ridiculously overpriced. We spent most of our time out as the van was so bad I spent 3 nights on the sofa in front room as the beds were awful the springs were coming through. Unless we get any compensation or anything it will be the first and last time sort it out PARKDEANS

Hi there, thanks for your review.

We are sorry to learn about the unexpected issues within your accommodation and would like to further apologise that these were not noticed when your accommodation was cleaned and checked. Our teams aim to maintain our accommodations and facilities to the very highest of standards and it's disappointing to hear that we did not meet these levels during your stay. We do hope that you took the time to report these issues to a member of our helpful team so that we could address and rectify them accordingly. We are always here to help you during your stay with us.

Thank you for taking the time to highlight this with us today. We hope that you can accept our apologies for any upset caused. ^SA

Report response as inappropriateThank you. We appreciate your input.
This response is the subjective opinion of the management representative and not of TripAdvisor LLC
Theresa E
Doncaster, United Kingdom
1720
Reviewed 12 August 2021
do not go terrible

We arrived from miles away hours driving told 3 different pitches to go all had people still on them so was told to jsts find a pitch.
The whole place is dirty and so nasty.
ordered drinks on the app took 1 hour 2o mins to arrive. really did not care.
The pool is a joke booking slots all full so no where to book even a week ahead of the trip. so was told we could queue before hand as they let 30 people in. However you ahve to stand outside in your swimming outfit for an hour if you actaully want to get in as they queue so long. the slide never open r the small pool as staffing so the pool is so crammed with people you ahve no choice but to stand and bop up and down you can not move. it freezing i ahd to get out the next day the kids were turn away as did not get to the queue quick enough.
The wait time in food or bar is 2 hours. it a joke horrible palce will never return

Hi Theresa, thank you for taking some time to leave us this review regarding your stay at Southview. It's disheartening to hear about your experience whilst holidaying with us. Our guests’ feedback is invaluable to us, and we rely heavily on our guests feedback and recommendations. This helps us to continually improve and refine the park as well as the service that we provide. Please contact us further to share your specific concerns with us, so we can address these for you. We do hope to have a chance to welcome you back to one of our 67 holiday parks again in the not-too-distant future, to restore your faith in Parkdean Resorts. ^SA

Report response as inappropriateThank you. We appreciate your input.
This response is the subjective opinion of the management representative and not of TripAdvisor LLC
ern7042
mirfield
74
Reviewed 12 August 2021
Never again

We booked a static caravan for a week at Southview. Holiday Park. Our group consisted of 3 adults and 2 grand children. We found the caravan easily and the contact less check in was easy. Our first impressions were that the park was ok some thought had gone into landscaping to make it an attractive park and make it a suitable place to stay for families. On our first evening we went to the entertainment centre/Showbar, It was bedlam, the place was full and massive queues for the bar. As the evening progressed it was evident that tables weren't being cleaned and no sanitizing was being done, in fact it was an ideal atmosphere for Covid to flourish and I commented to my son that if we were going to catch Covid it would be in the showbar. I know restrictions have been lifted but Parkdean have a responsibity and a duty to their guests to provide a safe environment.. During the week nothing improved in the showbar. There were further disapointments the following day when I was told the fishing lake was closed due to infection, one of the main reasons for booking Southview was to have fishing on the doorstep as I have COPD so trailing to another site wasn't what I had wanted. The boathouse resteraunt was poor with over priced food and most of the menu being off this forced us to look for alternative eating choices off site. During the week I didn,t see any member of management assessing the situation reference the overcrowding in the showbar, the hygiene and the endless queues. Over the last 20 months I have manage to avoid catching Covid but unfortunately Southview got the better of me and today I tested positive for Covid along with two other members of my family. 3 generations.

Hi there, thank you for your review. It's dissatisfying to hear that you did not enjoy your holiday here at Southview.

Please contact us further to share your specific concerns, so that we can address these for you.

We do hope to have a chance to welcome you back to one of our 67 holiday parks again when the time is right. ^SA

Report response as inappropriateThank you. We appreciate your input.
This response is the subjective opinion of the management representative and not of TripAdvisor LLC
ChampagneLife2010
United Kingdom
2418
Reviewed 11 August 2021 via mobile
Caravans/Motorhome - An afterthought

Stayed here in the tourers section for three nights on a supreme pitch. Pitch drainage was blocked, grass half dead and a large bumble nest present. Elsan point is disgusting and situated right next to someone’s pitch, and there is only one toilet block for all users which is in a poor state. Recommend pitching somewhere else.

Report response as inappropriateThank you. We appreciate your input.
This response is the subjective opinion of the management representative and not of TripAdvisor LLC
Very_Unhappy_Camper2
11
Reviewed 10 August 2021
Terrible & unsafe.

When we first arrived we worked out where our pitch was which took longer as someone was on it! After travelling back to reception to inform them we were put on the pitch next to our original one as we informed them it was free at the time. Not sure what would have been done if we hadn't made the suggestion as I don't think they looked into it.. I was also told others were waiting due to people being on their pitch. After cleaning the rubbish ect from around the pitch we set up.

I'm going to get the the point with this.
Toilets/showers weren't cleaned to a good standard. There was one toilet block for everyone?
Some Taps didn't work in toilets and showbar and some soap dispenses weren't working.

Show bar was packed! Tables not cleared and never sore anyone wiping a table.

Booked swimming but that wasn't necessary because they were going to just over pack it anyway.

I feel like they didn't meet pre covid cleaning standards but when Covid is still such a big issue this is ridiculous.

It's like it was no longer an issue and this is what is so unsafe.

Very_unhappy_camper2, thank you for taking the time to leave us feedback about your experience with us. ^SA

Report response as inappropriateThank you. We appreciate your input.
This response is the subjective opinion of the management representative and not of TripAdvisor LLC
View more reviews
PreviousNext
1…181920…