StayForLong
Expedia.com
Travelocity
View all 13 deals
Prices are the average nightly price provided by our partners and may not include all taxes and fees. Taxes and fees that are shown are estimates only. Please see our partners for more details.
saragio15
Leeds, United Kingdom
3333

Good value and convenient for golf

Rooms are clean, nice friendly staff, good breakfast menu and excellent bar.
Situated in a suburb of Skegness but easy to get into town.
Extremely handy for those playing Seacroft Golf Course or on a golf tour.
Good parking on site. No frills but good value

Trip type: Travelled with friends
See all 726 reviews
Nearby Hotels 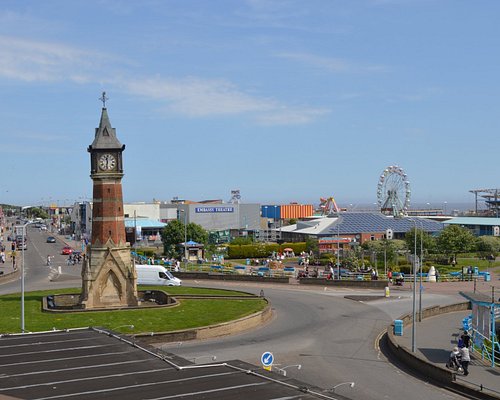 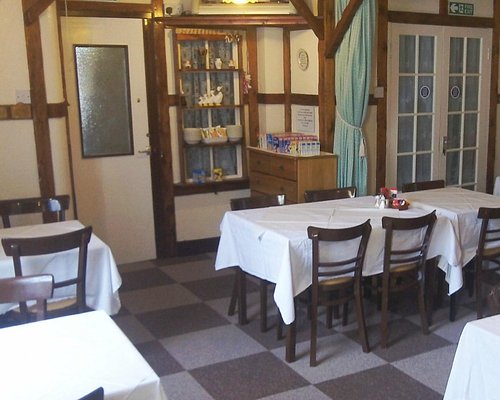 Ivydene Guest House
US$97
US$85
Booking.com
View deal
Free cancellation
Reserve now, pay at stay
Priceline
US$85
Expedia.com
US$97
Hotels.com
US$97
View all 14 deals from US$85
113 reviews
1.0 km from Best Western Vine Hotel
We compared the lowest prices from 14 websites 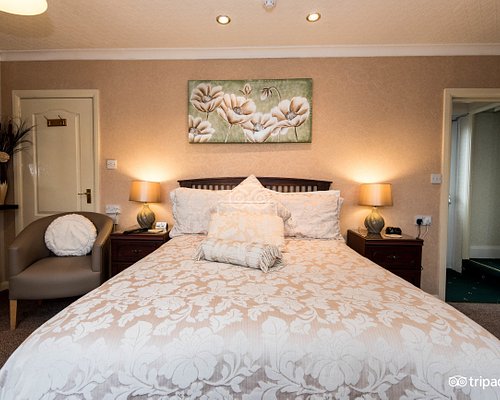 The gentleman on reception was very friendly and welcoming on arriving for our one night stay.

We were given room 26 which was at the front of the hotel overlooking the carpark (see pic of second floor map). The room was compact, but not cramped with a lovely big bathroom. The bed was firm, but not hard and the pillows and bedding lovely to sleep on. Nice big TV on the wall opposite the bed and lots of tea making facilities and complimentary water. The water pressure in the shower can be quite fierce. A shame there was not much space to put toiletries, but on the whole a nice bathroom. Curtains were great at cutting out the morning sun.

The room was at the end of a corridor which meant we didn’t hear other guests coming and going. The hotel was busy, but the only noise we had was some drunk guests getting out of their taxi at 3am. We were on the second floor, but if we were on the first floor it could be quite noisy at the front of the hotel as taxis tend to park by the main door with their engines running.

We had drinks from the bar in the evening, but sitting outside was very noisy with taxis engines running.

This review is the subjective opinion of a Tripadvisor member and not of TripAdvisor LLC.
W1814UDandrewl
Barbados
238130
Reviewed 11 September 2021 via mobile
Lovely hotel with elegance and a great setting.

The hotel is set in some lovely grounds and its easy to find. We went for my wife's birthday and she loved it, Staff are friendly and caring, room is well equipped and very clean, and the breakfast was very nice even if they did forget my fried egg (only noticed near the end LOL). We enjoyed our stay and would definitely stay again

This review is the subjective opinion of a Tripadvisor member and not of TripAdvisor LLC.
CJG_10
Telford, United Kingdom
89
Reviewed 29 August 2021
Fab food

Pod dining for 7 of us and everything was delicious. Perfect pizzas and pasta, beautiful blade of beef and a fabulous fish as long as my forearm! All served with a smile :-)
The pods are a brilliant place for a family celebration

This review is the subjective opinion of a Tripadvisor member and not of TripAdvisor LLC.
Ian B
London, England, United Kingdom
1
Reviewed 22 August 2021 via mobile
Great visit excellent hotel

I attended a function last Friday and stayed the night .
All the staff at reception and at the bars were very welcoming and efficient
The room was very comfortable
The food at the function was lovely and I had an excellent breakfast prior to departure.
All in all and excellent trip and I am delighted to recommend the vine to anyone
Thank you very much especially all the staff
Kind regards

This review is the subjective opinion of a Tripadvisor member and not of TripAdvisor LLC.
Alan W
Dronfield, United Kingdom
4639
Reviewed 22 August 2021
Back to the Beautiful Vine For Our Silver Wedding Anniversary !!!

We have dearly missed the Vine for two years due to the current circumstances but booked in for a two night stay to celebrate our very special Wedding Anniversary on the 20th August all safe covid procedures in place given an amazing welcome by Lucas .

Restaurant has been given a modern makeover food the highest standard as always well done team kitchen.

Lots of new friendly and efficient front of house staff on board.

This review is the subjective opinion of a Tripadvisor member and not of TripAdvisor LLC.
View more reviews
PreviousNext
123…
<script type='text/javascript' crossorigin='anonymous' async onerror='__scriptLo