US$107
US$64
View deal
Hotels.comUS$104
TravelocityUS$104
ZenHotels.comUS$107
View all 16 deals
Prices are the average nightly price provided by our partners and may not include all taxes and fees. Taxes and fees that are shown are estimates only. Please see our partners for more details.
208roga
Crawley, United Kingdom

Good standard Travelodge. Clean rooms. Comfortable. Food and bar area is good.
Had early start to get to terminal so booked 2 large cabs with the recommended Evo Taxi. One 4 seater saloon turned up to do both trips! Decided to get the bus instead....

Trip type: Travelled with family
Review collected in partnership with this hotel
This business uses tools provided by Tripadvisor (or one of its official Review Collection Partners) to encourage and collect guest reviews, including this one.
See all 2,705 reviews
Nearby Hotels 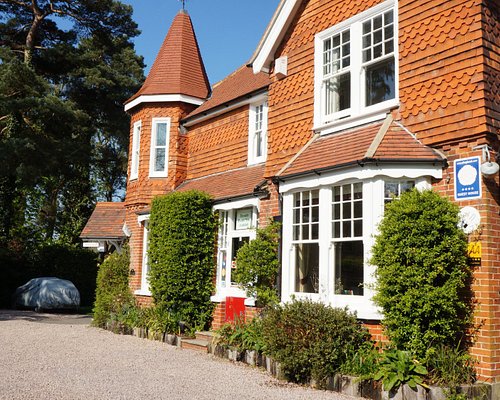 Sponsored
The Lawn Guest House
US$92 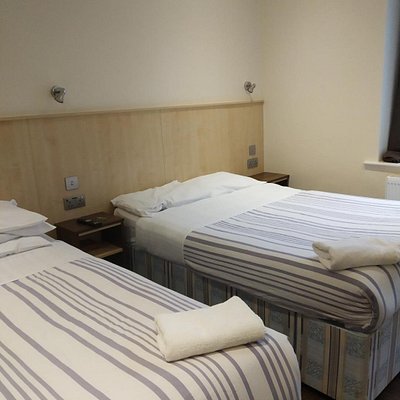 Expedia.com
View deal
Pay up to 12X
Booking.com
US$76
Priceline
US$69
Hotels.com
US$60
View all 15 deals from US$60
253 reviews
0.9 km from Travelodge Gatwick Airport Central
We compared the lowest prices from 15 websites 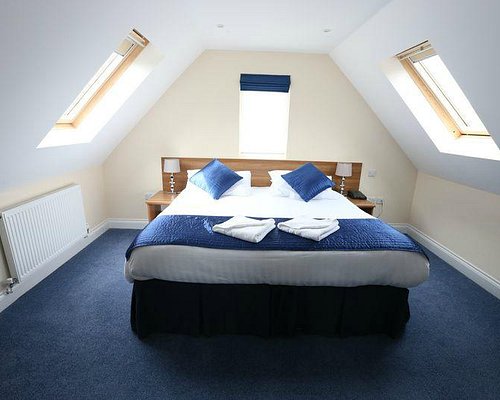 Expedia.com
View deal
Free cancellation
Pay up to 12X
Booking.com
US$92
Priceline
US$102
Trip.com
US$127
View all 14 deals from US$92
721 reviews
0.8 km from Travelodge Gatwick Airport Central
We compared the lowest prices from 14 websites
Gatwick White House Hotel
US$117

It's an airport Travelodge so I was not expecting a spectacular facility. I just wanted a clean, solid choice for a sleep before an early flight.

The staff were nice but despite arriving an hour after check-in began I had to wait 20 minutes for my room. The superroom was not worth it. The overall uncleanliness of the room meant that I did not use the features that I wanted a plus room for. I just wanted a decent in-room coffee in the morning from the Lavazza machine which I had been hoping to try and to finish my remote working for the day at a desk.

Examples of improper cleaning include: the tv remote had built up residue, the desk chair with weird white stains, random hairs on throw pillow, mould and built up residue in the bathroom, and obvious stains on the coffee maker. There were also various carpet stains, and the front door was sticky on the outside. There was residue of something in the mugs and dark specks of something in the in shower body/hair wash.

I was a bit grossed out by the room enough that I even took pictures of some of it and spoke with the front desk staff. I definitely felt the superroom was not worth it. Though I brought up some of these cleanliness issues (primarily the desk chair) with the front desk staff, they only offered to remove the chair from my room with no replacement. No room change was offered, and they weren’t even wanting to take down my room number to note the issue. The staff in were otherwise great, but disappointed that a hotel of that size didn't have a spare chair anywhere.

Overall, I just did not get a good night's sleep, the fan noise and room temperature control panel light kept me awake. Also, just a bit grossed out by the condition of the room, really quite unlike previous Travelodge experiences.

This review is the subjective opinion of a Tripadvisor member and not of TripAdvisor LLC.
mollyo870
1
Reviewed 9 April 2022 via mobile
Evening meal

We were served by Sean who was extremely kind, attentive and helpful, especially with the circumstances surrounding my dietary requirements which turned a usually stressful situation into a smooth and calm experience.

This review is the subjective opinion of a Tripadvisor member and not of TripAdvisor LLC.
helenB5658RL
Reviewed 8 April 2022
Great sleep, shame about the restaurant!

The room was very clean and very comfortable and probably the best nights sleep we have ever had in a hotel however, the bar/restaurant service for food was quite slow and the waiters attitude a bit off hand. Once our food was delivered he just pointed in the general direction of the cutlery and walked off. Once I had actually located the containers for the cutlery, they were empty and then I had to go in search of someone to find some. That person was excellent and very apologetic and came back quickly with the cutlery. It was a shame but at least the good sleep went a long way to make up for the disappointment of the restaurant area.

Trip type: Travelled as a couple
Review collected in partnership with this hotel
This business uses tools provided by Tripadvisor (or one of its official Review Collection Partners) to encourage and collect guest reviews, including this one.
Ask helenB5658RL about Travelodge Gatwick Airport Central
Thank helenB5658RL

This review is the subjective opinion of a Tripadvisor member and not of TripAdvisor LLC.
j0hns0ncrew
Reviewed 8 April 2022
Good accommodation. Food could be better.

Room was really comfortable but for the evening meal and breakfast in the restaurant the food was tepid at best. Staff were helpful in warming the evening meal but we felt uncomfortable asking a second time the following morning. Reception staff were very helpful indeed. Loved the convenience of the on-site parking.

Trip type: Travelled as a couple
Review collected in partnership with this hotel
This business uses tools provided by Tripadvisor (or one of its official Review Collection Partners) to encourage and collect guest reviews, including this one.
Ask j0hns0ncrew about Travelodge Gatwick Airport Central
Thank j0hns0ncrew

This review is the subjective opinion of a Tripadvisor member and not of TripAdvisor LLC.
Gare007
2
Reviewed 8 April 2022 via mobile
Reception

Was travelling for work so I needed an iron for my work uniform. The gentleman from reception called Sam went beyond to make sure I had the iron along side extra towers for my room. He also advised on local restaurants and takeaway once I needed food. Top class from a well respected man. Top class service, will definitely recommend.