Absolutely beautiful part of the country. The park is very peaceful which is what we wanted. Dont think we would return though. The area to sit outside hadnt been swept. The lodge although clean really needed basic work doing. The sink in the toilet leaked and the silicon round the shower was insufficient however the actual shower was fab. More plugs needed especially ones for phones to charge them up. Also the checkout time was 10.30am but aroubd 9-9.15 someone just came in and started cleaning hot tub which we thought was was bad manners. I feel they should have asked us first as we were pottering about outside and we may have wanted to get in it b4 we left. Had a lovely time visiting all the surrounding areas but would stay somewhere else if we went back.More 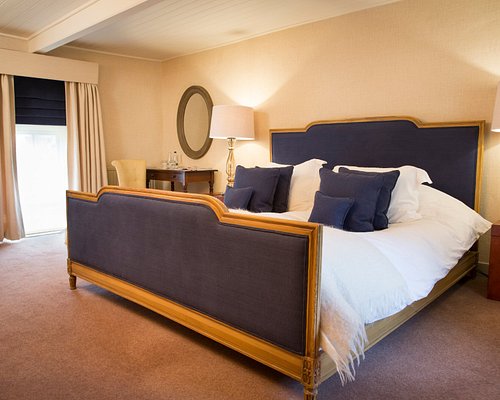 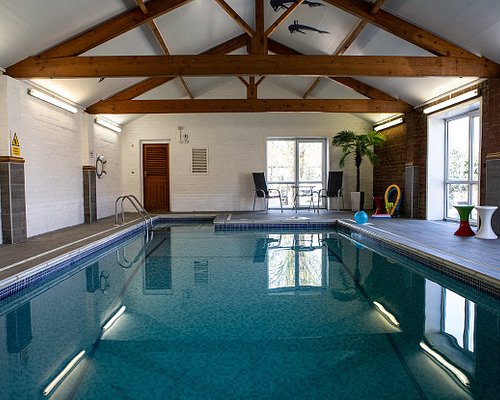 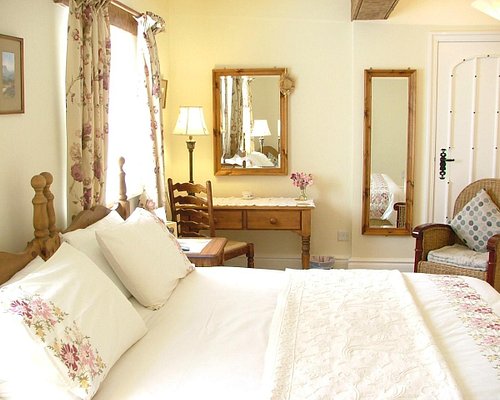 Stayed in the lodge for 3 nights with a hot tub and it was fantastic.
Would highly recommend the lodge for 2 people I took my wife for our anniversary and it was beutifull BBQ drinks and hot tub was so lovely and will definitely be going back very soon.
Great prices not over charged like alot of lodges and beautiful surroundings over looking the north Yorkshire country side.

This review is the subjective opinion of a TripAdvisor member and not of TripAdvisor LLC
Abbielancasterx
11
Reviewed 23 April 2021
A beautiful getaway to remember! We will be back!

After a long year of lockdown things have been difficult for everyone to say the least! As soon as I seen lockdown restrictions lifted I took a search on the internet and found rockland lodges. I’m from West Yorkshire myself but spent a lot of my childhood in North Yorkshire so was quite keen to have a little break away in this area. From booking the get away from myself and partner I spoke to a very friendly lady that sorted us a brilliant deal for 4 nights. We stayed in lodge 1, which was beautiful and cosy. From arrival to checkout myself and partner loved every minute of our stay. Everything so clean and cosy from the hot tub to little cute things around the log cabin. From sharing my snaps a lot of friend and family will also be booking. Thanks for a beautiful stay. Regardless of not been able to meet anyone on arrival still left feeling so welcome! We stayed at the correct time as we even got to see Tom cruise in Pickering!

This review is the subjective opinion of a TripAdvisor member and not of TripAdvisor LLC
sara_lou28
Brighouse, United Kingdom
101
Reviewed 19 April 2021 via mobile
Easter Holiday visit

We stayed in a two bedroom family lodge (number 17)for two nights from the 12th April. We enjoyed our stay & the hot tub which we found the temperature just right, the grounds are kept nice & the fairy lights that come on at night look lovely. My 8 year son used the football net in the play area which he enjoyed.
The oven didn’t work so the owner came to have a look but it needed an electrician so he said they would call the next day, after arriving back from our day out a note was left to say this could not be fixed so he had left a small counter oven but it was the first night I needed the oven so we didn’t use it as we ordered takeaway, it just took up valuable space needed for prepping food so it was in the way really.
The beds were clean/comfortable & plenty of nice fresh towels were left, the lodge was clean enough but just needs a little more attention to detail. The hot tub by the front door leaves no place to sit out but there was a little decked area on the back with some seating but these were not cleaned or swept ready to use which was disappointing, with it being the first day allowed back open I would have thought this could have been done.
I think we would return but would try a lodge with a better view as no 17 was the first one as you drive in off the farm track.

This review is the subjective opinion of a TripAdvisor member and not of TripAdvisor LLC
kimandamber
Skelton, United Kingdom
3228
Reviewed 7 November 2020 via mobile
Lovely Relaxing Birthday

We were lucky to be able to get away for my birthday before the second lockdown. We stayed for 2 nights with our spaniel and it really was lovely.

We were a bit worried after looking at previous reviews that the hot tub would be hot enough but it was so nice. The hot tub did not drop temperature even after spending a long time sat in it.

We stayed in the Bilsdale Lodge and it was perfect for us. We loved the view out into the field with the sheep in. The owners are very friendly and although we didn’t have any contact on arrival we knew they would be in hand for anything you needed.
We can not wait to stay again after lockdown.

This review is the subjective opinion of a TripAdvisor member and not of TripAdvisor LLC
Steve-VickyW
Scarborough, United Kingdom
2052
Reviewed 6 November 2020 via mobile
2 night stay

Beginning of November stay for wives birthday we both had some good relaxation time. The hot tub was great seemed to stay nice and warm for the 30 minute dips we took though have not got 100% privacy so was better when dark. The lodge was great everything you need a couple of very minor toilet issues but nothing urgent that couldnt wait. Not too far out from Pickering so ideal for an inexpensive taxi to the town centre for a night out so overal great Lodges in a great location.

This review is the subjective opinion of a TripAdvisor member and not of TripAdvisor LLC
View more reviews
PreviousNext
123…
<script type='text/javascript' crossorigin='anonymous' async onerror='__scriptLoadError(this,true);' src='https://static.tacdn.com/assets/zPgUM0.1b816422.js' data-rup='zP