The hotel has potential - Review of Hotel Conca d'Oro Positano

StayForLong
Orbitz.com
Expedia.com
View all 17 deals
Prices are the average nightly price provided by our partners and may not include all taxes and fees. Taxes and fees that are shown are estimates only. Please see our partners for more details.
fridam475
6

The hotel has potential

The hotel has great potential but since the staff advised us not to drink tap water, it is unreasonable to charge this much for water.
Very Slow WIFI in our room!
The place is beautiful and clean. Friendly staff.More

Dear guest, we thank you for your feedback. Drinks from the minibar are not included in the room rate.
We are sorry if you had a slowdown in wifi which was quickly fixed by the company.
We are very happy you enjoyed the service, cleanliness and location of our hotel. We hope you can come back soon and be able to do better .

Report response as inappropriateThank you. We appreciate your input.
This response is the subjective opinion of the management representative and not of TripAdvisor LLC
See all 825 reviews
Nearby Hotels 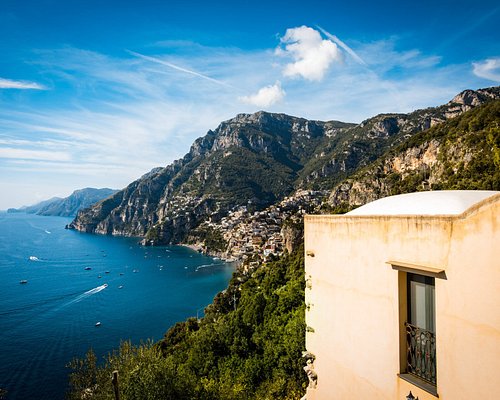 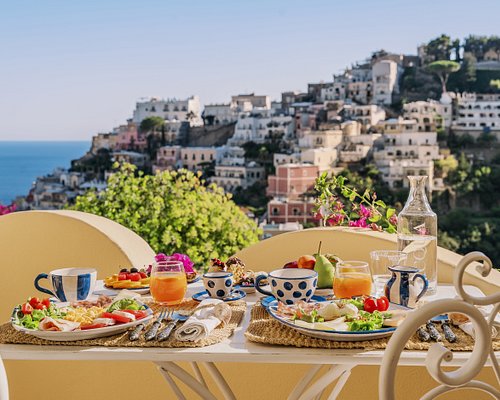 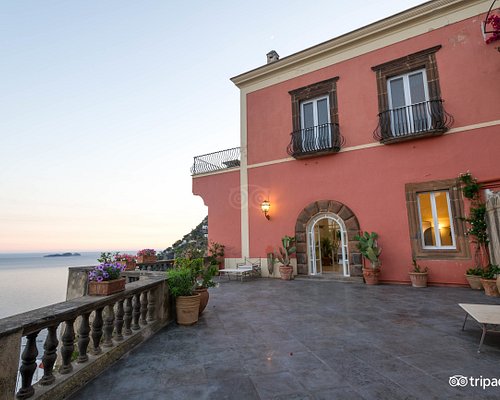 Amazing views, and a great room. Hotel is very nice and clean.

Positano is the most beautiful city, and regardless of where you stay it will be amazing.

We had a wonderful time here, the only reason I gave 4/5 was that the staff at times are not as accommodating as other hotels. Ironing shirts costs money, things of that nature

Dear Guest, we thank you for your lovely feedback.
We are very happy you enjoyed your stay and you appreciated the room and the splendid view from the hotel.
We are sorry you suppose the laudry service was included in the room rate.Sorry this made you think the stirrup was not accommodating...

Report response as inappropriateThank you. We appreciate your input.
This response is the subjective opinion of the management representative and not of TripAdvisor LLC
Rurina
Honolulu, Hawaii
309264
Reviewed 8 September 2021 via mobile
No windows in the room

Parking is 60 EURO per night and you don’t have any other options to park!!! Yes SIXTY Euro PER DAY!!!

Room have no windows… There is a set of balcony door that you can open to use as windows but when you do open those doors, it’s a public space (hotel restaurant with people sitting down and eating) right in front of you. So you have literally no privacy what so ever if you open those doors.
If you need privacy, then you have to be in the dark room with no windows. It literally felt like we were in jail when we closed those doors.

Room had a towel rack that supposed to warm up but it doesn’t work- when you turn it on, it even gets more wet.

You need climb up so many stairs to get to this hotel so if you are older, have problem walking up and down loooong steps everytime you wanna leave the hotel or come back to the hotel, or disabled, THIS IS NOT your hotel!!!
You will be out of breath by the time you get to the hotel entrance even if you are young and fit if you don’t take any breaks going up.

If you want to walk to the town, it’s about 20 mins walk but there is a bus if you aren’t up for long walk.
Highlight of our stay was the breakfast with beautiful view. That’s all.

Dear Rurina
we thank you for your time. We are sorry that you did not enjoyed your accomodation . The room you reserved is a family room, very popular with families with children who can stay in the evening
on the terrace even if the children sleep. The room has a small terrace with tables and chairs, from your description it seems it was an internal room. We are sorry but with the air conditioning activated you cannot activate the heated towel rail because it creates condensation.
Positano is called and famous all over the world as the vertical city. We're sorry you weren't as well informed as it were structured. The most beautiful and characteristic structures are found between the stairs. Positano is not just the beach but it is a perched town that descends towards the sea. Who comes to this place to appreciate it
must accept it as it is.
Perhaps you expected a more comfortable location .. Sorry Positano is not, but it is much more. We thank you to appreciate
the splendid view and the breakfast served on the terrace overlooking the sea. We hope to have you again as our guest. We will do for better.
Warm regards

Report response as inappropriateThank you. We appreciate your input.
This response is the subjective opinion of the management representative and not of TripAdvisor LLC
pfalconieri
1
Reviewed 26 August 2021
Positano Trip

Hotel Conca d'Oro has some strengths, including clean rooms and breathtaking views, but that's true of most hotels in Positano. If you're planning a Positano trip, consider staying elsewhere. The guest services were second rate: unlike the other four-star hotel we stayed at in Positano, there was no place at the hotel to iron shirts. And the restaurant was lacking, both in its food and in its service. Rather than the traditional Amalfi Coast food we were hoping for, the restaurant food was trying to be trendy, like a knock-off London Michelin Star restaurant. Our server had to be reminded to bring our wine, and another request we made went unheeded. Our first Positano hotel was somewhat more expensive, but I wish we had stayed there rather than moving to Conca d'Oro.

Report response as inappropriateThank you. We appreciate your input.
This response is the subjective opinion of the management representative and not of TripAdvisor LLC
OliviaS628
London, United Kingdom
6536
Reviewed 7 September 2020 via mobile
Awesome hotel

Just come back from a week at the Hotel Conca d’Oro & what a great hotel it is.
Firstly the view from the rooms and the terrace I doubt can be rivalled. You wake up in the morning to the most spectacular view across the bay.
Secondly the staff were super helpful and super friendly. Special praise goes to Genaro, Giuseppe and Luciano as well as the reception staff and the porters.
Thirdly there’s a lovely little sun terrace which although only has 10 sunbeds, it was never busy. There is also a little jacuzzi tub and a great snack menu for lunch and drinks.
Fourthly the rooms are clean, super comfy beds and lovely floor tiles.
You do need to some fitness to you as it’s 100 steps up to the hotel from the main road. The walk however down from the hotel to the beach is really lovely. You follow the narrow, winding road all the way down and was just a lovely walk each day, especially with the views.
If we come back to Positano which I’m sure we will, we will definitely be booking another stay at Hotel Conca d’Oro.

Dear Olivia,
many thanks for your kind feedback.
We hope to see you again next time and do always our best.
Sincerely

Report response as inappropriateThank you. We appreciate your input.
This response is the subjective opinion of the management representative and not of TripAdvisor LLC
229lanam
21
Reviewed 31 August 2020 via mobile
Amazing

We have just got back for the most amazing 6 days in Italy. Amazing hotel, the staff go above and beyond, perfect food and the location is really nice and quiet. The rooms were very clean and tidy and we got lots of recommendations about places to visits and the ferry time. I can not fault the hotel in anyway as myself and my children had an amazing time and got in some free gym time with the steps. I would recommend this place to anyone and will definitely go back.

Dear Guest,
many thanks for your beautiful feedback.
We are glad you enjoyed your stay with us.
We wait for you again next time and always do our best.
Best regards

Report response as inappropriateThank you. We appreciate your input.
This response is the subjective opinion of the management representative and not of TripAdvisor LLC
View more reviews
PreviousNext
123…
<script type='text/javascript' crossorigin='anonymous' async onerror='__scriptLoadError(this,true);' src='h