US$76
View deal
Booking.comUS$76
PricelineUS$76
Hotels.comUS$76
View all 16 deals
Prices are the average nightly price provided by our partners and may not include all taxes and fees. Taxes and fees that are shown are estimates only. Please see our partners for more details.
Johnny8oy
Nottingham, United Kingdom
133105

Visiting BOA for a birthday and wedding celebration I had left it a little late so selection of places to stay was very limited. A last minute choice I was satisfied to find somewhere to lay my head. The Leigh Park was surprisingly more than i expected. The staff were very welcoming and accommodating, nothing is too much trouble. My room was well appointed very large and and far more excellent value than rooms I have paid three times as much for,. I would stay here again in a heart beat.More

Show less
Room tip: Rooms in the main hotel are better appointed so I am led to believe.

Thankyou for your review, we are always very pleased to hear of guests who enjoy their stay. We hope we can welcome you back very soon.

Report response as inappropriateThank you. We appreciate your input.
This response is the subjective opinion of the management representative and not of TripAdvisor LLC
See all 763 reviews
Nearby Hotels 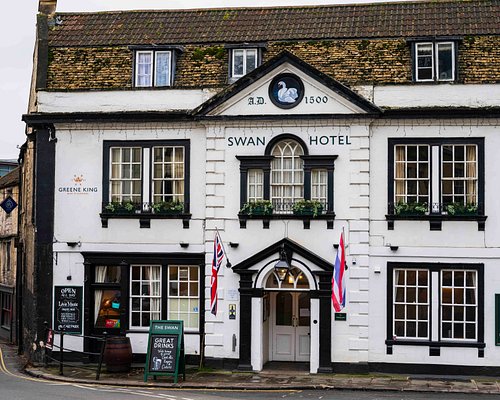 The Swan Hotel
US$127
US$90
Tripadvisor
View deal
Hotels.com
Orbitz.com
Trip.com
US$127
View all 17 deals from US$90
374 reviews
1.0 km from Leigh Park Hotel
We compared the lowest prices from 17 websites 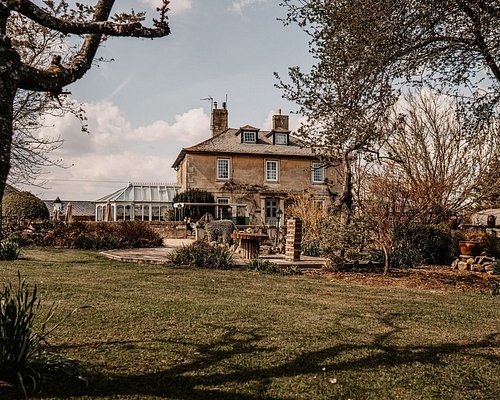 Hotels.com
View deal
Travelocity
Trip.com
US$103
Expedia.com
US$163
View all 15 deals from US$103
930 reviews
1.2 km from Leigh Park Hotel
We compared the lowest prices from 15 websites
Foxfield Glamping

Nice looking place, however we booked an executive double room, when we arrived there was nothing executive about it. It was so cold in there, but the heating couldn’t be turned on as it was on a timer. The shower was cold, no matter what time of day.

Review collected in partnership with Best Western
This business uses tools provided by Tripadvisor (or one of its official Review Collection Partners) to encourage and collect guest reviews, including this one.
Ask B9268NHjosh about Leigh Park Hotel
Thank B9268NHjosh

In response to the review here, we do of course apologise to the guests concerned. We have today asked the hotel manager to check and improve the heating timing to avoid the same issue happening along with the cold shower issue. Guests of course will vary in terms of their opinion of what is considered executive and we have plenty of customers who have genuinely enjoyed the executive rooms, which are part of the period property which Leigh Park is.

Report response as inappropriateThank you. We appreciate your input.
This response is the subjective opinion of the management representative and not of TripAdvisor LLC
Tracysholiday
Berkshire, United Kingdom
81
Reviewed 5 November 2021 via mobile
Very disappointing

Booked a two night stay for our anniversary in Sept. On entering our room in the coach house there was an unpleasant smell, my husband showered and the water was rising in the very shallow shower tray, we realised it was obviously blocked so we called reception, the Duty Manager came up with a young man and a plunger, when he plunged the shower trap, it came up with a high amount of old hair and debris of gunk and slime, he even said himself “that is awful” it was absolutely disgusting and stunk, They couldn’t resolve the problem, so I couldn’t shower and no other room was offered. We had a broken chair in our room so it couldn’t be used, these two issues should of be picked up by the room maid surely. We went down for dinner, two items we wanted to order were not on the menu, no brown rolls and we were completely ignored by the duty manager, who originally came to our room, he went to every table asking “how was your food” but never came to us. We did ask him about this in a quiet place and he said to speak to the manager in the morning.
We had breakfast which was fine but I didn’t find food safety and cleanliness was great so we only had cereals that was in closed boxes. We then went look for the General manager who was sitting at the reception desk, we said we are here to speak to the Manager and gave our name, her response was, “oh I’ve heard about you, Oh dear !! what a rude lady she was, she blamed everyone else including delivery drivers, said the three young men in the restaurant are new and haven’t been trained properly ( is that not her job to make sure staff are trained) to be fair the three young men were very polite just didn’t know what to do.
She really wasn’t listening us, had no empathy was so ever, so we said we are not staying another night especially as we couldn’t shower. We didn’t pay for the night we didn’t stay, but still had pay for the night we did and for dinner and breakfast, on leaving her last remarks were “at least some of our clients are happy “ & “you won’t find any else to stay” As we were leaving the house maids and the General Manager we’re all standing at the back watching us leave.
The whole experience was a disaster, the hotel needs lots of TLC and so do the staff. We understand times are hard at the moment especially Hospitality, but they done themselves no favours.
Josh the restaurant manager who greeted us for breakfast was absolutely superb, the only friendly person in the building.

Good afternoon, we are responding to the review shown here and of course are concerned about the comments. Please do accept our sincere apologies the the experiences described. Because of the detail covered, the hotel management and line management are looking into the issues so that we can address these where we can. At Latona Leisure, our intention is always to give our guests at relaxing and pleasant stay.

Report response as inappropriateThank you. We appreciate your input.
This response is the subjective opinion of the management representative and not of TripAdvisor LLC
F2435YHdavidd
1
Reviewed 3 November 2021 via mobile
Not impressed

After first being told they didn't have any family rooms and being quoted for 2 rooms, we were eventually given a room with a double and a single bed. Staff seemed rude during our stay. Couldn't eat some of the food as it was over cooked. Won't be going back. Condensation covered the windows (that couldn't be opened) in the morning, so much so that it was dripping off and landing on plug socket.

Good afternoon. We would like to apologise for the experience you have expressed on your review. Please be assured that our intention is always to ensure guests have an enjoyable and restful time whilst with us. The hotels are period properties, however we are always aware of improving maintenance where we can. Sincere apologies regarding your perception of the staff being rude, this is highly unusual and if you would like to contact the hotel directly, we would be willing to investigate this and the food issue more fully. Our duty managers will always try to assist with issues during your stay where they can. Again, please do accept our genuine apologies.

Report response as inappropriateThank you. We appreciate your input.
This response is the subjective opinion of the management representative and not of TripAdvisor LLC
Vlees2021
1
Reviewed 2 November 2021
Overnight stay

Good location. Friendly staff. In my opinion my room was overpriced based on my experience and the quality of facilities. The room was big and nicely decorated, bed comfortable but one window rattled all night as the catch was broken and I had to ask for the toilet to be cleaned when I arrived. The hotel staff did this straight away.

Review collected in partnership with Best Western
This business uses tools provided by Tripadvisor (or one of its official Review Collection Partners) to encourage and collect guest reviews, including this one.
Ask Vlees2021 about Leigh Park Hotel
Thank Vlees2021

Thankyou for noting the positives of your stay, our staff are always asked to help with any practical problems (where possible) which can sometimes occur with period properties, I'm glad they could solve some of these for you. We would very much like to welcome you again in the future.

Report response as inappropriateThank you. We appreciate your input.
This response is the subjective opinion of the management representative and not of TripAdvisor LLC
jessyl0u
1
Reviewed 26 October 2021
Fine, beds were not comfortable

Bed was uncomfortable, bath had not been cleaned, heard a lot of guests complaining about the meal! Waiting up to two hours for food! Must say though that staff were very kind and professional. Overall would not go back.

Review collected in partnership with Best Western
This business uses tools provided by Tripadvisor (or one of its official Review Collection Partners) to encourage and collect guest reviews, including this one.
Ask jessyl0u about Leigh Park Hotel
Thank jessyl0u