Travelocity
Orbitz.com
Booking.com
View all 13 deals
Prices are the average nightly price provided by our partners and may not include all taxes and fees. Taxes and fees that are shown are estimates only. Please see our partners for more details.
samc27lc
11

The room had also been made up as a twin instead of a double, this was quickly rectified and we were offered to the bar for a free drink whilst this was sorted this was a lovely gesture and the host was very apologetic.

The room itself was quite nice and cosy, soft carpet and the heating worked well. The TV had Netflix installed which came in handy for the wet and windy evenings we experienced. The Bathroom however had seen better days and could do with a bit of work doing to it. The toilet had not been cleaned very well and the shower had no pressure.

We managed to book into the pool on the first evening we arrived, the pool looked very murky and the hot tub was very dirty. We put this down to it being late in the evening and brushed it off however the next day when we went to the pool again at 11am it was still very dirty and hadn’t been cleaned from the previous day. Around the pool was also not very clean with hair and dirt everywhere. This was very disappointing as one of the main reasons we booked into this hotel was for these facilities.

The standard of breakfast we received was unexpectedly poor. The portions were small and the vegetarian option of vegetable sausages weren’t the best.

The location of the hotel is really nice. There are lots of places to visit close by and plenty of lovely walks around.More

Show less
Trip type: Travelled as a couple
See all 296 reviews
Nearby Hotels 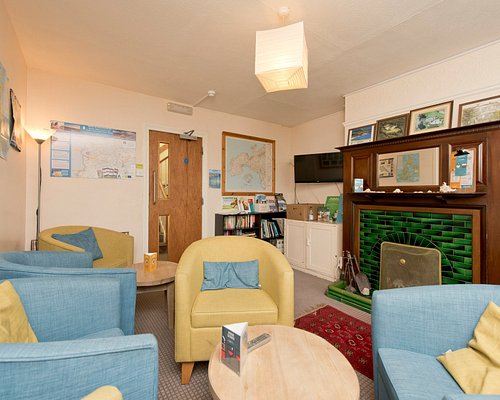 Expedia.com
View deal
Hotels.com
FindHotel
US$103
Booking.com
US$117
View all 13 deals from US$103
115 reviews
1.4 km from Cape Cornwall Club
We compared the lowest prices from 13 websites 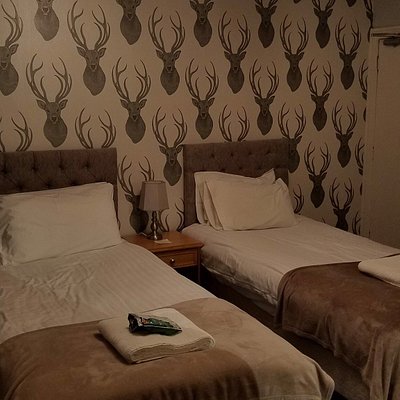 Expedia.com
View deal
Hotels.com
Agoda.com
US$118
eDreams
US$125
View all 14 deals from US$118
69 reviews
1.4 km from Cape Cornwall Club
We compared the lowest prices from 14 websites 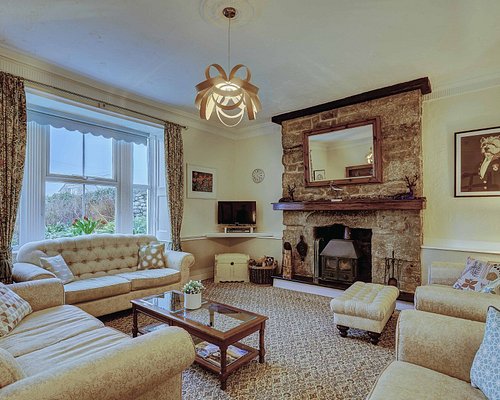 I recently stayed here for 4 nights and apart from the weather (wet and windy!) we had a great time. The hosts Andy & Leanne along with all the other staff were polite and professional, nothing was too much trouble my soiled jacket was cleaned for me by the housekeeping team! The room was clean and well appointed and the wifi was excellent throughout the site. The bar was well stocked with a range of beverages and snacks. Breakfast everyday has hearty & plentiful and the Peter Gorton Fine Dining evening was great as was Sunday Lunch. Put this all together with a challenging golf course and you have a great product. I will definitely be back and use this as a base for both playing golf and exploring the wonderful countryside!

This review is the subjective opinion of a TripAdvisor member and not of TripAdvisor LLC
ChrisQP
22
Reviewed 3 May 2021
Way below par! Terrible experience.

We recently had dinner at Cape Cornwall Golf Club and left feeling very disappointed. The Club is set in a wonderful location and while the menu was completely dull and unoriginal (pizzas, burgers etc) we decided to give it a go - what a mistake!

We had booked a table for two (outside, because of the Covid rules) and were quickly shown to our table. The outside area could be a stunning place for dinner, but sadly it's a mess with missing paving slabs, chairs scattered everywhere, uncollected glasses and even bits litter flying around.

To start we ordered two chicken liver pates. I was a bit nervous about ordering the pate and I was right to be. Both arrived on warm-ish plates with a "remoulade" which tasted more like tarter sauce. The pate was served with bits of toast (some pieces burned, some pieces not toasted at all) and it looked like it had been thrown together by one of the waitresses/waiters.

For mains we thought we couldn't go wrong with two burgers. Again, what a mistake. Despite being just a few minutes from two great butchers, the burgers had originally been frozen and arrived very very pink in the middle - possibly raw. They we're served on a bun with one slice of lettuce, loads of mayonnaise and some fries. Like the starter, the quality was beyond poor and we both commented that you can get a better burger from a kebab house at half the price.

We ordered two "Cornish negronis" to drink, but I won't go into how depressingly bad they were. Before our main we ordered a bottle of Malbec at £44. It arrived in a dusty bottle and the foil hadn't even been removed when the cork was taken out.

All of this was going on while the owner sat entertaining friends. The whole place suffers from zero management and zero quality. Peter Gorton should disassociate himself with Cape Cornwall Golf Club immediately! The war zone of a club house should have told us all we needed to know.

The golf club could be a fantastic place to relax and enjoy decent quality Cornish food. My guess is it'll be up for sale again in the next couple of years unless the owner start paying attention to the business he's running.

This review is the subjective opinion of a TripAdvisor member and not of TripAdvisor LLC
hevbridges
West Sussex, United Kingdom
32
Reviewed 24 April 2021
RESTAURANT - DOES PETER GORTON REALLY WANT HIS NAME LINKED WITH THIS?

Lunch on 20/4/21
I've never written a negative review but hope that this feedback might lead to an improvement.
After over four months in lockdown we eagerly awaited our booking for lunch on the sunset terrace.
We arrived at 1.00 pm as booked and waited outside to be seated as asked. We waited... and waited.... and we weren't alone. After 10 minutes we gave up and seated ourselves at a table. One of our party then went inside in search for someone to take our order, not something we wanted to do with the Covid restrictions.
After knocking on the kitchen door and disturbing their banter, they managed to muster a member of staff to assist us.
The service that eventually came was friendly but VERY slow. There were no more than 7 covers while we were there and not everyone was ordering food. The menu was limited and we decided on 2 fish pies and 2 burgers.
When it eventually arrived, the fish pie was tasty enough but didn't look home made and was filled with far more egg than fish. The side veg consisted of broccoli and carrots which appeared to be tossed into a dish without much thought.
The Burger was was undercooked (no request on ordering as to preference) and was served with a pitiful couple of lettuce leaves and undercooked fries.
MICHELIN STAR CHEF PETER GORDEN IT CERTAINLY WASN'T AND OVERPRICED FOR WHAT IT WAS
Very disappointed ☹️

I booked this over priced holiday as a birthday treat, and was extremely disappointed and unhappy with the stay. We only booked to use the jacuzzi after coastal walks, and was told it was emptied to clean every other day due to covid, and was told could use the next day. The next day we found it was off with cold water in, and was told the pump was broken and we were lied to the day before. We were not able to use it for the 4 days we were there. The swimming pool was too cold to use.
The bathroom walls were covered in mould, with rusty fittings, green slime coming out of the sink, rotted skirting boards, broken shower door. Room was left unclean, very concerning during a viral pandemic when cleanliness should be the most important thing.
Breakfast waits were ridiculous considering there were 2 customers in the dinning room, and was then served the wrong order. When the correct orders came it was burnt. Disgusting.
The driveway had at least 20 deep pot holes which is enough to damage your tyres.
Sent 3 mailings complaining about failed promise of a jacuzzi and was ignored. I then called spoke to the rude owner who told me I would get a refund for not being able to use jacuzzi and I'd be contacted. I never was, so I called back speaking to same rude owners, and was told no refund was available. Shocking stay and the worst customer service I have known. Don't go here, save your hard earned money.

This review is the subjective opinion of a TripAdvisor member and not of TripAdvisor LLC
wendywillis
Oxford, United Kingdom
1721
Reviewed 11 November 2020
A club house with rooms!

Our double deluxe garden room unfortunately did not meet expectations. In our opinion the room was a small double - it was certainly not deluxe and by no stretch of imagination was it in a garden!
On a positive note the walk-in shower was excellent but the rusted toilet brush holder in the corner of the bathroom left much to be desired.
The views from the golf course are spectacular and Cape Cornwall Club does have great potential but the general air of untidiness in the crowded untidy reception area does not create a good impression. The removal of broom, bucket & mop on display in the bar area would further improve guest notion of professionalism.