US$121
US$111
View deal
Free cancellation until 21/10/21
Hotels.comUS$114
Booking.comUS$114
Trip.comUS$121
View all 15 deals
Prices are the average nightly price provided by our partners and may not include all taxes and fees. Taxes and fees that are shown are estimates only. Please see our partners for more details.
robycoll
Rockingham, Australia
327164

We stopped for 2 nights on a visit to Bunbury 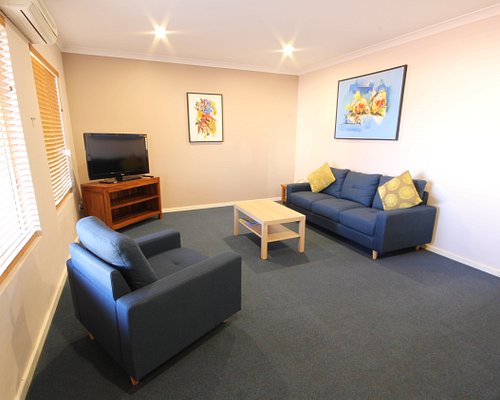 Sponsored
Bunbury Apartment Motel
US$121
US$115 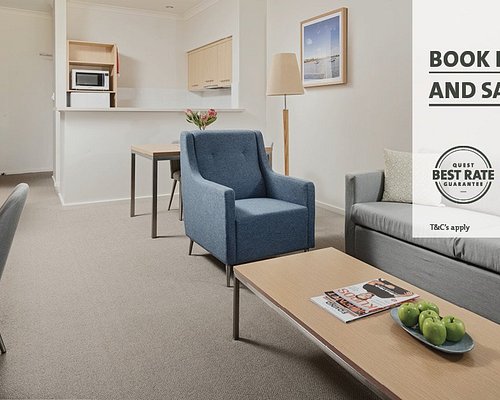 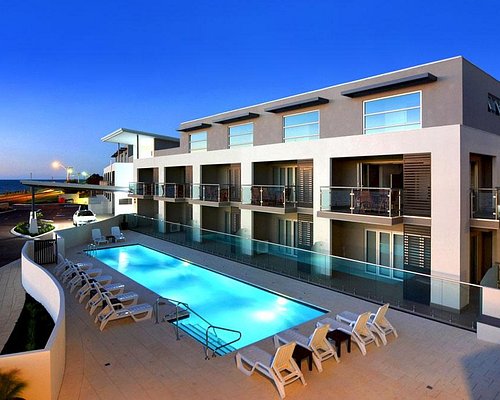 Bunbury Seaview Apartments
US$142
US$135

Expedia.com
View deal
Free cancellation
Pay up to 12X
Priceline
US$135
Hotels.com
US$135
Trip.com
US$142
View all 14 deals from US$135
243 reviews
3.0 km from Quality Hotel Lighthouse
We compared the lowest prices from 14 websites
Bunbury Hotel Koombana Bay
US$106

Expedia.com
View deal
Pay up to 12X
Priceline
US$106
ZenHotels.com
US$70
FindHotel
US$108
View all 16 deals from US$70
1,424 reviews
0.5 km from Quality Hotel Lighthouse
We compared the lowest prices from 16 websites
The Clifton & Grittleton Lodge
US$91

Expedia.com
View deal
Free cancellation
Priceline
US$91
Hotels.com
US$91
Booking.com
US$91
View all 14 deals from US$91
196 reviews
0.2 km from Quality Hotel Lighthouse
We compared the lowest prices from 14 websites
Breakfast included
Prince Of Wales Hotel
US$77

Expedia.com
View deal
Pay up to 12X
Hotels.com
US$77
CheapTickets
US$77
Travelocity
US$77
View all 13 deals from US$77
126 reviews
0.9 km from Quality Hotel Lighthouse
We compared the lowest prices from 13 websites
Bunbury Apartment Motel
US$121
US$115

Hotels.com
View deal
Pay up to 12X
Tripadvisor
US$115
Priceline
ZenHotels.com
US$121
View all 13 deals from US$115
139 reviews
2.5 km from Quality Hotel Lighthouse
We compared the lowest prices from 13 websites
Best Western Plus Hotel Lord Forrest
US$103

Priceline
View deal
Expedia.com
US$72
Hotels.com
US$72
Booking.com
US$72
View all 14 deals from US$72
161 reviews
6.3 km from Quality Hotel Lighthouse
We compared the lowest prices from 14 websites
Rose Hotel & Motel
US$88
US$83

Never stayed here before. Local from South West. Stayed one night for business.
Impressed with the room. Obviously renovated the room I stayed in. Reasonable view from Balcony to ocean. Requested a room away from the pool area. 2nd floor. There were a few workers from different companies staying ad I thought this is going to be rowdy. But NO. I slept very well in a comfortable bed. Very Impressed with Hotel.
Had dinner at the Hotel restaurant. Very impressed. Steaks on high end but I enjoyed the meal there. Wonderful Ocean View. The Staff were attentive and were very helpful. Will choose to stay here again in need arises. Great Stay

Room tip: I choose 2nd floor away from the pool. But not sure if it was necessary. Possibly on weekends or school holidays could be a little noise.
Ask Bridgy-2021 about Quality Hotel Lighthouse
Thank Bridgy-2021

This review is the subjective opinion of a Tripadvisor member and not of TripAdvisor LLC.
mariemD8533WB
21
Reviewed 2 March 2021
Disappointing stay all round

I thought the pictures looked like it would be a family friendly hotel but sadly it wasn’t the case.

Some positives - the location near the beach and a short walk to the 'strip', the pool/games area for the kids though it was left very dirty by other guests and not cleaned during our time there.

And Yes the room was small, and there are some simple and affordable changes the hotel can make to make it more appealing (eg., more comfortable sofa bed, more towel hooks) but the complete lack of soundproofing and lack of management of noise were the main issues.

We were put into a room right over the pool area and it seems right next to a hallway near the function room and foyer, which meant two nights of minimal sleep.

Night one - zero sleep! I found out the next morning that the whole bottom floor was booked by a hockey team who used the pool area and area supposed to be used by all guests as their own party space. The area near the pool was left with empty beer cans and pizza boxes and used pool towels, a lot still there when we left.

I was told it had a strict no party policy and wouldn’t condone excessive noise. I guess this was ignored as it continued under my room until the early hours of the morning. I left a phone message and also messaged via booking.com. No one bothered to get back to me.

In the morning I was greeted by a defensive front reception lady who when I expressed my concerns as I didn't get much sleep due to the noise underneath me from the pool area and guests underneath us and I had a right as a paying guest to have a comfortable stay. Her response was that these guests who took the whole ground floor were paying guests like me and had rights too. What an unsatisfactory response to a noise complaint.

I asked to be moved if they were staying again and were going to behave the same, she indicated that the hotel was fully booked. I spoke about them being respectful of others which clearly didn’t happen.

She asked me why I didn’t call and I told her I had and it went to message bank and no one responded to my message. She changed her demeanor after this which I assume was due to more guests waiting behind me and listening to our conversation. She offered buffet breakfast to compensate which I declined and reassured me that they would not be able to behave the same again a second night. A strict no party policy if followed should mean it shouldn’t have happened in the first place.

Night 2 - it looked like the hockey team had left but I was faced with heavy base vibrations and music and more noise from guests from a function who were congregating in the foyer and other areas of the hotel.

As the reception lady encouraged me to call when there was excessive noise I did about 10.30pm and was told by the duty manager that the noise was out of his authority to manage as it was a function. So he was apologetic but nothing could be done to manage the noise.

So there you go yet again nothing was done to assist with having any sleep for a second night in a row. This noise was on and off till the early hours of the morning.

Four attempts to manage the noise in this hotel - and nothing was managed appropriately.

As you can see this hotel is suitable if you are out enjoying a big night with your mates as there appears nothing can be done to stop them from having a party it seems.

This review is the subjective opinion of a Tripadvisor member and not of TripAdvisor LLC.
Hydee1992
Perth, Australia
21
Reviewed 3 February 2021
Cockroaches and careless

The view and location were good but the rooms are dirty, noisy and outdated, the facilities are falsely advertised.

There were multiple Cockroaches in the room, I woke up with one on me. When reported this to the front desk was told it was unlikely, emailed the hotel and got the generic we are sorry you didn't enjoy you stay reply. Seems like once you paid they no longer care

I have already contacted you privately. Hope we have this sorted out?
Regards,
Sunny

Report response as inappropriateThank you. We appreciate your input.
This response is the subjective opinion of the management representative and not of TripAdvisor LLC
PPDBC
1
Reviewed 2 February 2021
Very happy with all aspects of our stay

Our sports club of over 30 people stayed here and were all very pleased with the accommodation offered and the helpfullness of the staff both at arrival and during our stay, who went out of their way to assist us. High recommendation of the Basalt Restaurant also. Will be back there next year for the 4th time.

This review is the subjective opinion of a Tripadvisor member and not of TripAdvisor LLC.
pamelal143
Perth, Australia
6412
Reviewed 29 January 2021
Great Location

Stayed 2 nights in ground floor Standard Double Room with Pool View. 1 x Adult, 3 x kids .Room 20. Check in quick and easy. Staff pleasant and helpful. Plenty of free parking. Room had 1 x double bed and 1 x sofa bed. Room was small but satisfactory for what we had paid. Medium sized fridge with plenty of room to store your own drinks and food etc. Bathroom small but adequate with toilet shower and hand basin all in the same room. Sliding doors opened out to pool area. Pool area was a fantastic facility and just as described on website. Well used by the kids. Opens 8am - 9pm. Pool table ($2/game) and table tennis(free) Sauna and spa. Very family friendly. Unfortunately the pull out sofa bed in the room was VERY uncomfortable and I woke in the morning to find my kids had abandoned it for the FLOOR it was that bad. Feeling sorry for them I swapped over for the second night and slept on the sofa and OMG I can definitely say that the thought of sleeping on the floor as a more comfortable option crossed my mind several times throughout the night!! Also the linen (doona and sheets) provided for the sofa bed (to make up yourself) was single size?! Yet the sofa was a double. Just had to improvise and had thankfully brought along spare blankets. We would notstay again just purely because the sofa was so uncomfortable, which is a shame because we liked everything else about the hotel. The location is amazing, just opposite the beach and within walking distance of the main cafe/ restaurant strip. Free Wifi was pretty good also.

Thanks for your comments. I am delighted to hear that you liked our hotel's facilities and location! I do apologize for the inconvenience of the sofa bed. I have instructed our Maintenance team t verify and fix the issue and they assure me they can. In any case, please feel free to contact me directly next time you are visiting Bunbury and I will personally ensure you have a comfortable sofa bed!
Thanks again,
Sunny