US$50
Free cancellation until 04/02/22
Reserve now, pay at stay
View deal
eDreamsUS$50
StayForLong
Expedia.com
Hotels.com
Travelocity
Orbitz.com
View all 12 deals
Prices are the average nightly price provided by our partners and may not include all taxes and fees. Taxes and fees that are shown are estimates only. Please see our partners for more details.
Igor P
1

Very happy that I chose this hotel

I am very happy that I chose this hotel. The rooms are amazing, spacious and luxurious. Every detail is made with a good style. The employees at reception is professional and pleasant. I do not have any con to say about this hotel, but only positive things.

Review collected in partnership with this hotel
This business uses tools provided by Tripadvisor (or one of its official Review Collection Partners) to encourage and collect guest reviews, including this one.
See all 32 reviews
Nearby Hotels 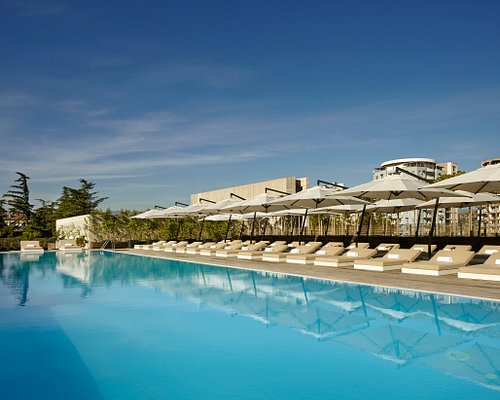 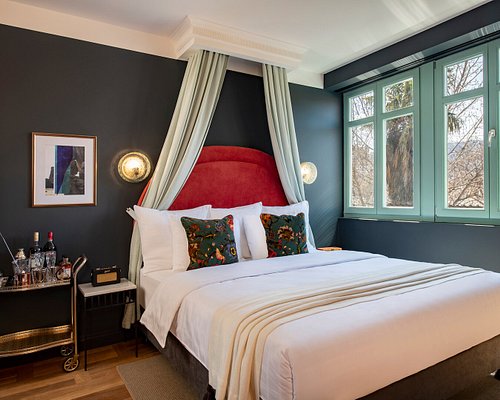 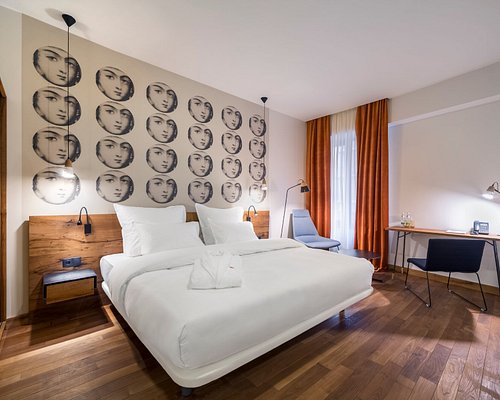 Priceline
View deal
eDreams
US$47
StayForLong
Expedia.com
View all 9 deals from US$47
133 reviews
3.8 km from FOLK by Tbilisi Luxury Boutique Hotels
We compared the lowest prices from 9 websites
Breakfast included
Envoy Hostel and Tours
US$25
US$17

It was my first hotel stay in Georgia, so I can only compare to the many other hotels where I stayed (which include Marriotts, Hiltons, Radissons and many more references worldwide). I was in search for a place to celebrate my girlfriend's birthday (a round number...) and I was hooked by the design and ambience of the Folk Hotel pictures. I booked a superior room with hot tub. It was outdoor, on the balcony! Overlooking the river. Though we did not use it, we reckon it was a very worthy choice. The room was spotless, the bed huge and very comfortable, we were offered a bottle of wine, we had late checkout, late breakfast, a lovely flower arrangement that I asked... The hotel decoration is very special, with traditional Georgian costumes and artefacts.

Room tip: Book the hot tub, and ask for help to heat it up :)
Review collected in partnership with this hotel
This business uses tools provided by Tripadvisor (or one of its official Review Collection Partners) to encourage and collect guest reviews, including this one.
Ask laurentlouis2000 about FOLK by Tbilisi Luxury Boutique Hotels
Thank laurentlouis2000

This review is the subjective opinion of a Tripadvisor member and not of TripAdvisor LLC.
wesley95
Singapore
9897
Reviewed 3 January 2020 via mobile
Cute and cozy hidden gen

This hotel is a hidden gem near Tbilisi’s old town. It is a small operation but it cannot be any cozier. The design is super creative and artsy - traditional Georgian folk costume, like wow.

The staff working the front desk and restaurant were extremely friendly and helpful in route finding and general information. They were also extremely accommodating by letting me check in at 7am with that day’s breakfast included!

Breakfast was not your typical international buffet; it included a ton of traditional Georgian foods which I really appreciated and liked. Sleep quality was 11/10 as it is so quiet in the residential area but it was never more than a 10min walk from the old town.

I’ve been to more than 50 countries and this is one of the coolest hotels I’ve ever stayed at hands down.

This review is the subjective opinion of a Tripadvisor member and not of TripAdvisor LLC.
392zemynas
Lithuania
2
Reviewed 28 December 2019
Clean, cozy, good food.

I was one week ago and didn't expect such a charming place. The service was super nice and helpful, the room was clean with the balcony and nice view. If I'll go next time to Tbilisi, I'll stay there again for sure!

This review is the subjective opinion of a Tripadvisor member and not of TripAdvisor LLC.
giorgikatamadze1990
Batumi, Georgia
4
Reviewed 22 November 2019 via mobile
Very nice hotel

Very comfortable, brand new, stylish hotel. The breakfasts are incredible!
The bed is very comfortable, pillows for every taste - slept like in heaven.
I want to say many thanks to the staff for their amazing care and a great time in Tbilisi. Next time only to you.

This review is the subjective opinion of a Tripadvisor member and not of TripAdvisor LLC.
geop76
Bucharest, Romania
69
Reviewed 7 November 2019
Not an excellent hotel, problems with cleaning, unprofessional staff

I chose a standard room at this this hotel for the excellent rating on Tripadvisor, but the reality is different.
It is a AVERAGE hotel, not good, or very good.
I must emphasize the amateurism of the staff, who at the declarative level are very kind, at the level of deeds, do nothing in this regard, in order to satisfy the needs and expectations of the clients.

For example, we asked for a free early check in, because we checked out at 4 AM, not at 12, they said they could, in the limit of availability and that they would give us a discount if we paid in cash.
Here I assume the mistake of not having carefully analyzed what they answered me, I thought they would like to make a deposit to guarantee their payment.
In fact, they suggested that I should pay the early check inn that I had requested for free for 4 rooms (subsequently there were 3), if we want a guarantee.
I talked about this with the receptionist who told me I should pay it, then with a supervisor who told me that it was ok, not to worry, I understand that it remains free early check inn.

I said to compensate the debt from the minibar with the discount not granted and I told him to pay more attention to the details, that there are large blobs of glasses on the desk and that the TV remote controls are full of dust. I thought that until the evening when I go back it is resolved, but, as is typical of the staff of this hotel, everything is apologetic, without anything happening.
With all the assurances that it is ok with the free early check in 3 rooms, we paid it all. After they checked the minibar and made the account, I paid, but at the check out they told me that there is another drink, in the conditions in which the drink had been opened and I drank half of it before checking the minibar and counting my debt. They have not asked for its payment.

What is disturbing is the unprofessional attitude of the entire staff, of the management, who apologize to you without doing anything to resolve the claims.
I received apology messages at that moment, then as I arrived in the country, probably to this comment will be other, but the problem is, repeatedly, it is all about apologies, not solving the complaints.
After I paid I was told how we could solve the situation, although it was not about the amount of money, but about the fact that they annoyed us on vacantion. In an excellent hotel this does not happen ...

Moreover, as a proof of the fact that they are not professionals and they are not very interested in their clients and their needs, it is the message received when we arrived in the country, from the manager, starting with "Dear Andreea", in the conditions in which, our colleague Andreea canceled the reservation beforehand, as we were three men who spent 3 nights in three rooms ... we were seen by the staff and none of us was named Andreea, who in Romanian is a woman's name ...

I don't want readers to believe that this situation, misunderstanding about the payment of the free check inn prompted me to write this comment, I would have written this comment to express the reality on the spot, which is not excellent.

The room has furniture that looks old, scratched (see pictures), the door from the toilet closes hard, the carpet is either discolored or dirty. I mentioned that there were two large traces of glass on the desk (although I tried, I couldn't clean them with water), and the TV remote controls were full of dust throughout the stay.

The hotel is located at the end of the old center and, although we only used the taxi (indeed, all the time they helped us with the taxis, they ordered for us) it seems that the distance to the old center is 10 minutes walking distance. down.

But to be objective, the bed was very good and the breakfast excellent.

Indeed, the omelette, sunny eggs, etc. they had to be ordered beforehand, but the buffet consisted of sparkling wine and juices, soup, cooked food (as shown in pictures), pies, sausages, quality cheeses, salads, sweets.
Indeed, the buffet deserves the excellent rating.

Even if the price is low, I would choose in the future a hotel that is really excellent for the number of stars it has.