US$159
US$127
View deal
Booking.comUS$159
Hotels.comUS$127
PricelineUS$127
eDreamsUS$159
TravelocityUS$127
CheapTicketsUS$127
View all 19 deals
Prices are the average nightly price provided by our partners and may not include all taxes and fees. Taxes and fees that are shown are estimates only. Please see our partners for more details.
Supatight80
Hong Kong, China
98

Originally booked at the Sheraton Grand but decided last minute to switch to Marriott Tbilisi for 5 nights due to the design of the suites (thanks to escape4 ​​​​​​) . Have to say this was one of the best decisions ever Marriott wise!

The GM and Director of Rooms Marina were so gracious enough to pre-upgrade me to their Presidential Suite the day after my booking, thanks to my Marriott status!

Really treated like royalty here and they (from bellmen, to front desk, to restaurant staffs, and especially the old lady with curly red hair at the lounge) were also so kind, and warm, and hospitable that I really felt like they were family.

Nothing seems to be a no. And they all give out this positive and good vibes that radiate throughout the hotel.

On behalf of the entire hotel team, we want to thank you for sharing your most memorable experiences with us during your recent stay at the Tbilisi Marriott Hotel.

It is always encouraging to hear positive feedback, particularly when it comes from those who matter the most – you!
By taking pride in putting people first, we are not only executing the mission of our founders, but exceeding the expectations of our valued guests.
Once again, we appreciate you taking the time to share your feedback.

Report response as inappropriateThank you. We appreciate your input.
This response is the subjective opinion of the management representative and not of TripAdvisor LLC
See all 668 reviews
Nearby Hotels 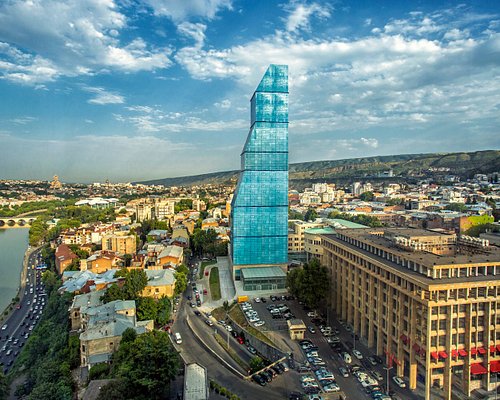 Breakfast included
The Biltmore Hotel Tbilisi
US$152
Booking.com
View deal
Free cancellation
Expedia.com
US$136
Hotels.com
US$136
ZenHotels.com
US$153
View all 17 deals from US$135
391 reviews
0.5 km from Tbilisi Marriott Hotel 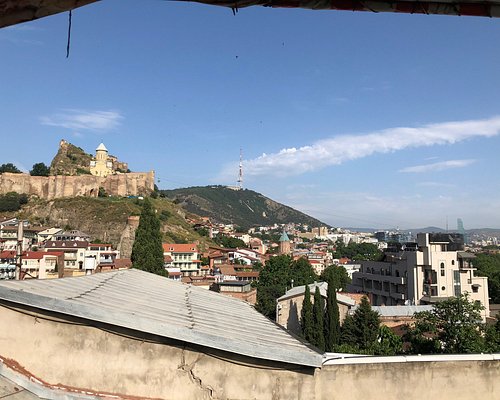 Priceline
View deal
Booking.com
US$66
eDreams
US$66
Agoda.com
US$66
View all 5 deals from US$66
6 reviews
2.7 km from Tbilisi Marriott Hotel
We compared the lowest prices from 5 websites
Aleksandria Hotel
US$38

I had the worst experiance at the Marriot Hotell. Tried to order from the room service, the food was cold and not finished. When pointed out to thestaff the first one tried to argue, but didnt eant to feel the cold food. Then i called the reception who didn’t want to fix it but wanted to forward my call to another deparment. When i have been staying at other fice star hotels, all of the staff have been willing to fix any problem. But not at the Marriot. Here they will start a discussion with the customer. Anyway i told them that i could take any hot food, an hamburger or even macdonalds, so I just could have something, which they agreed on. 45 minutes later i called and asked were my food was and they said nothing was preapared and aksed if i would like to order something. This was in the middle of the night.

In conclusion. Worst service. Stay away.

Providing the highest level of hospitality is our number one priority and we sincerely apologize for falling short of meeting your expectations.
We have shared your feedback with the appropriate hotel team to ensure the necessary guidelines are in place.

Thank you for taking the time to share your feedback.
We appreciate you choosing to stay with us during these unusual times.

Report response as inappropriateThank you. We appreciate your input.
This response is the subjective opinion of the management representative and not of TripAdvisor LLC
WorldWideTravel88
Bangkok, Thailand
437717
Reviewed 19 September 2021
Good Hotel in Great Location

I normally stay at Sheraton Grand in Tbilisi but I added one night at Marriott towards the end of my recent trip to compare and steer my future stays. I think both hotels are nice and have generous elite loyalty benefits, and they have different strengths and weaknesses so they can cater to different guests. Marriott is best for location, service, and bright(er) rooms, whereas Sheraton Grand wins for the newer rooms / better condition, and great lounge and breakfast.

I booked the entry level room at Marriott and was upgraded as Ambassador Elite to the Grand Suite listed at 60-65 sqm. The suite had nice hardwood floor in the living room, and for me the main advantage was that it was brighter than the suites at Sheraton Grand which I find too dark. The suite at Marriott also had a convenient half bathroom close to the entrance in addition to full bathroom off the bedroom which had a shower separate from the bathtub. There was a huge outdoor terrace with many chairs.

A couple of things which I liked a bit less about Marriott, unfortunately the hardwood floor did not extend to the bedroom – it was entirely carpet. In addition there were some minor signs of mold in the shower and generally speaking not as fresh hardware as the recently renovated Sheraton Grand.

Happy hour 5:30-7:30pm was decent but not as great as Sheraton Grand for both quality and spread in my opinion. At Marriott the warm dishes where ok but potato gratin and meatballs were not as enjoyable as the upscale protein dishes of skewers with veggies at Sheraton, not to mention that cold options were more varied and more interesting at Sheraton too. For the venue I also thought Sheraton was better – Marriott’s club was a long and narrow room with a dense seating arrangement.

Breakfast was available in the restaurant, not in the lounge. Breakfast was fine at Marriott but not as nice as Sheraton, the one exception is that Marriott had sparkling wine available whereas at Sheraton it’s been eliminated from breakfast recently.

Service was very good at both Sheraton Grand and Marriott but if I had to say which one was better I would say the edge goes to Marriott as being a bit more polished.

Overall I can recommend Marriott especially if location is important, but for people who are more agnostic about location, the Sheraton Grand suites and the food & beverage were a notch above in my opinion.

This review is the subjective opinion of a Tripadvisor member and not of TripAdvisor LLC.
exitetravel
21
Reviewed 25 August 2021
not exactly 5 star

we stayed in Executive room with two bed..the room was small..one good thing about the room is Executive lounge access..there was no swimming pool or kids play area in this hotel..not the right place to stay with your kids..

breakfast was very boring ..no change in the menu and the supervisor lady was horrible..not at all friendly and very biased..

i would have preferred Courtyard Marriott forlesser rate and better facilities with good location..

felt bored during stay and definitely not recommending

We appreciate you staying with us and sharing your experience. On behalf of the entire team, I would like to apologize for falling short to make you feel valued and appreciated in our beautiful hotel.

I assure you this was never our goal as our key priority is to provide the highest level of friendly and courteous service. We look forward to using your feedback as a development tool to avoid such incidents in the future. Please rest assured that your comments have been shared with the team in an effort to improve our service.

I know this will not make wipe out what you described in your feedback but I hope that if your travels ever bring you back to Tbilisi, you will allow us to prove that this situation is an absolute exception and not the standard.

Thank you again for sharing your thoughts and we hope to have the opportunity to serve you again!

Report response as inappropriateThank you. We appreciate your input.
This response is the subjective opinion of the management representative and not of TripAdvisor LLC
benwyattuk
Dubai, United Arab Emirates
2
Reviewed 23 July 2021 via mobile
Gorgeous but rotten

Hotel is gorgeous. Location is great. Food and staff are terrible. Room was very small for an executive room. And it had a gigantic creepy convex mirror over the bed. We didn’t bother going to the executive lounge for the complimentary drinks and food as the food from the cafe/restaurant was dreadful. Breakfast was also poor. Apart from its looks, it is most definitely not a 5 star hotel.

Thank you for choosing to stay at the Tbilisi Marriott Hotel and providing your honest feedback.
Providing the highest level of hospitality is our number one priority and we sincerely apologize for falling short of meeting your expectations.
As a teachable moment, we have shared your feedback with the hotel team.

Once again, thank you for taking the time to share your feedback.
We appreciate you choosing to stay with us during these unusual times.

Report response as inappropriateThank you. We appreciate your input.
This response is the subjective opinion of the management representative and not of TripAdvisor LLC
grenat7
Chicago, Illinois
4057
Reviewed 20 July 2021
Fabulous

Fabulous
Great historic hotel in the center of Tbilisi.
Beautify renovated and furnished. Expertly run with a smooth ease and sophistication. Highly professional , chic and multilingual staff. Quality breakfast. Nice courtyard for a snack , aperitif or a full meal. Highly recommended and hope to be back .
Bravo and huge gratitude for our stay and your hard work!