US$48
US$47
View deal
Free cancellation until 06/11/21
Snaptravel
ZenHotels.com
CheapTickets
Prices are the average nightly price provided by our partners and may not include all taxes and fees. Taxes and fees that are shown are estimates only. Please see our partners for more details.
thinksg
Singapore, Singapore
3317

The first room which I was assigned was noisy. The aircon was leaky badly and dripping water. There is a PC in the room. However, the screen was flickering and the keyboard was super dusty. I asked for a room change after the first night as my wife did not manage to catch any sleep.

The twin-size jacuzzi bath tub didn't work for my second room. The keyboard was again dusty.

Well, I guess the advantage of the hotel is its location. It is minutes away from the MTR.There is also free wifi in the hotel which I guess is another plus point.

See all 73 reviews
Nearby Hotels

Breakfast included
Sponsored
Petercat Hotel Sinchon (Hongdae)
US$23
Booking.com
View deal
Free cancellation
Expedia.com
US$26
FindHotel
US$16
Hotels.com
US$26
View all 11 deals from US$16
22 reviews
We compared the lowest prices from 11 websites 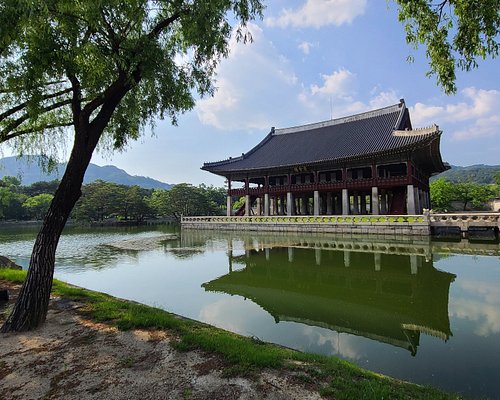 The hotel is clean and equipped with all necessary supplies, plus a twin-size jacuzzi bath tub! Not much facilities provided but good thing is it is nearby the MRT station, restaurants and convenient store. Hotel staffs are very friendly and helpful too. I'll definitely recommend this place to my friends.

This review is the subjective opinion of a Tripadvisor member and not of TripAdvisor LLC.
Yvettell85
Hong Kong, China
911
Reviewed 8 October 2012
Not a comfortable place for me

The room is not very clean to me but still acceptable.
There's no safety chain and the door is opened outward.
Thus, I feel unsafe at night.

The room temperature was a little bit high.
But I'm not able to find the controller to lower the temperature.

The English level of staff seems not very good. I had to use very simple English and speak slowly.

This review is the subjective opinion of a Tripadvisor member and not of TripAdvisor LLC.
LATraveler604
Los Angeles, California
32
Reviewed 24 September 2012
Directions from

We stayed at this hotel last month so we would be able to join the USO's DMZ tour easily. The maps I found on the internet show the hotel in different places. I don't know which is correct. We arrived at the Seoul train station late at night. The taxi cab driver we got had a hard time finding the hotel. We don't speak Korean and the taxi driver didn't know English. I had printed out the hotel address and Google map (it was in Korean) but it wasn't of much use and he didn't know of the Hotel Elle. He understood the Kaya Hotel. So, he went straight down the main street to the front of the Kaya Hotel. He went inside that hotel but they didn't give him any useful information. I knew from reading the Trip Advisor comments that this hotel was in an alley but in the dark we didn't see any alleys. We could see the USO sign so I knew we were close. We then drove past the big office building next to the Hotel Kaya and saw the small alley on the right. The left side of the alley is the wall with barbed wire on top for Camp Kim and the USO. We turned into the alley and the Hotel Elle is immediately behind the office building. The alley curves around and goes past the Rainbow Hotel and ends up on the street with the Namyeoung subway station.

This review is the subjective opinion of a Tripadvisor member and not of TripAdvisor LLC.
Elkabelka
Boulder, CO
581213
Reviewed 16 September 2012
Very cool place

New and stylish. Bathroom equipped with supplies not usually provided (3 hair brushes...). Modern clean, well located, I definitely recommend it. Not much service provided but.... All accessible nearby.

This review is the subjective opinion of a Tripadvisor member and not of TripAdvisor LLC.
Varvara
Edmonton, Canada
1926
Reviewed 13 September 2012
Decent

Though we normally book 4 or 5 star hotels, we needed a hotel close to Camp Kim for an early morning USO DMZ tour (and due to an early morning arrival into Seoul via train from Busan that same day). The first clerk didn't speak very good English so we were passed onto another employee. The room ( a variation of the Fountainebleau room pictures on the website) was a good size with one double and one single bed, a large flatscreen TV, a two person jacuzzi and full size bath/hair products, a hair dryer and mini-bar with two bottles of water. The problems with the room were low lighting in the open bathroom, the shower was in the uneven bottom jacuzzi and the toilet was in it's own room in which your knees almost touched the wall (not great for anyone over 5'10"). Though we didn't have time to look around the immediate area, the hotel was a 2 minute walk from the Namyeong Station and a Paris Baguette (next to the station) for great danishes and coffee for breakfast. The Samgakji Station was less than a 5 minute walk. The positives were that the room was clean and for the size the room, it was a decent value at 150 000 won. We returned to the Sheraton D-Cube as it was already booked prior to the trip. The Sheraton, a five star hotel, was about 279 000 won (for a club room), so almost double the price but more amenities like club lounge ccess with breakfast and spa/gym access.

This review is the subjective opinion of a Tripadvisor member and not of TripAdvisor LLC.
View more reviews
PreviousNext
1…567…