US$197
View deal
Expedia.comUS$195
Orbitz.comUS$195
eDreamsUS$199
View all 16 deals
Prices are the average nightly price provided by our partners and may not include all taxes and fees. Taxes and fees that are shown are estimates only. Please see our partners for more details.
Jaron2012
Singapore
15 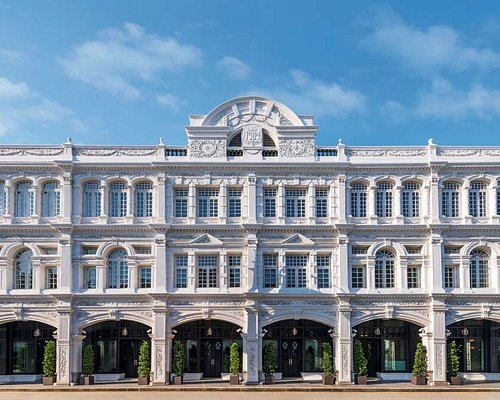 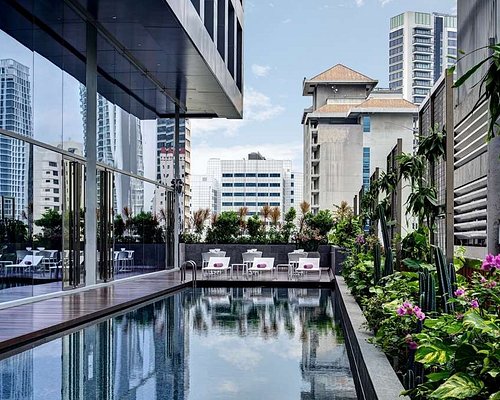 Taking safety measures
We compared the lowest prices from 16 websites
Ascott Orchard Singapore
US$150
Booking.com
View deal
Trip.com
US$101
FindHotel
US$85
Hotels.com
US$160
View all 16 deals from US$85
383 reviews
1.3 km from Hotel Fort Canning

Expedia.com
View deal
Booking.com
US$53
FindHotel
US$42
Hotels.com
US$67
View all 13 deals from US$42
985 reviews
1.3 km from Hotel Fort Canning
We compared the lowest prices from 13 websites
Ji Hotel Orchard Singapore

My boyfriend and I planned a staycation at Hotel Fort Canning as we always wanted to check-out this hotel as we always pass by, but never went inside. However, I made a mistake of choosing this hotel for our staycation..

When I finally had someone attending to me, I was even more frustrated when I found out my room wasn't ready..and it was already 3:20pm! I had purposely rushed my earlier appointments so that I wouldn't be too late for the check-in time at 2pm. The clerk said that my room would only be ready at 3:45pm.

The clerk at the front desk asked me to have some drinks at the receptionist area while waiting. However, there were no cups or plates on display so I asked a waiter for a cup who did not smile, acknowledge or respond to me, but just went inside. He came back and did not mention to me that the cups were ready, but I had to go up to him to ask for a cup. I finished my drinks and realized it was already 3:50pm and no one had told me whether my room was ready or not. I had to ask the receptionist while she was clearing some plates near me whether she could help me check or not. She continued to finish clearing the plates for 2 more rounds, while I sat there waiting for her to check! As if I wasn't late enough....I finally arrived in my hotel room after 4pm..

That evening, we went down to the reception to ask about the next day's breakfast. The receptionist said that we were not entitled to the breakfast, but only for brunch, which was supposedly a set meal.

The next day, I was excited to about the brunch as I had heard good reviews on it. And to my surprise, it wasn't a set meal, but a buffet! It was so crowded with kids everywhere that I could hardly walk to my seat with the food. In addition, the waiter was clearly untrained because when my boyfriend asked what kind of tea they had, he had no answer. The waiter went to check and when he came back, we asked if there was chamomile tea, he said he wasn't sure and had to go back and check again! He came back to say there wasn't and then said that only normal tea was included in our room package ..oh my goodness..he could have said that at the beginning and saved himself the trouble of checking twice! The brunch was not good as we were already disgusted by the service from these 2 days. I must say that I had certain expectations walking in, which were met, but the service ruined everything for us.

Thank you very much for taking time to share your recent stay experience with us.

We regret that your stay experience did not meet your expectations and we hope you will give us future opportunities to provide the level of service you expect and deserve.

Your comments are very important to us and we really appreciated you bringing the matters to our attention.

Please be assured that the involved departments have taken necessary actions to ensure the shortfalls you have encountered will not happen again.

We hope that these incidents have not marred your memories with us. Once again, thank you for your valuable comments.

Report response as inappropriateThank you. We appreciate your input.
This response is the subjective opinion of the management representative and not of TripAdvisor LLC
stefanciecierski
Hassocks, United Kingdom
114
Reviewed 27 November 2012
Garden in the City

A beautiful setting and beautiful hotel
It is spacious and well designed with interesting room layouts and set in a lush garden close to Clarke Quay and a metro station
The restaurants are very expensive and not very interesting but it's easy to go to the rest of the city
The gym is good and the pools are large and well managed
Walking through the park in the evening is a good way to see it and the noise of the frogs is amazingly loud !
Service was good
At the weekends local weddings tend to take over the place, but overall well worth a stay

We are flattered by your kind compliments and certainly look forward to the pleasure of indulging you with more of our hospitality on your next visit.

Report response as inappropriateThank you. We appreciate your input.
This response is the subjective opinion of the management representative and not of TripAdvisor LLC
Vicki T
Sydney, Australia
192334
Reviewed 20 November 2012
Perfect location - character hotel

I really enjoyed my stay in this restored boutique hotel in a park oasis in busy central Singapore. I visit Singapore regularly for business and usually stay in one of the major 5 star hotels. This time, I chose Hotel Fort Canning for a change and was delighted. The setting is beautiful - how wonderful to have an outlook of trees - and it was only a 5-10 min taxi ride to my work at SunTec city. Taxis were always available - and (contrary to some other reviews) drivers knew exactly where the hotel was. I absolutely loved: the bathroom (fantastic bath!!), room decor (fabulous bed/bedlinen/pillows), the in-room Nespresso machine (yes!!), the complimentary evening canapes and drinks, the pools, the very friendly, helpful, efficient reception staff, and great breakfasts (really good bircher muesli with grated apple, as it should be, and especially good made-to-order omelettes. I missed: turndown service! I didn't like: the muzak everywhere - too loud, not in keeping with the peaceful park setting, room service pizza served in a box with no cutlery or napkin (very odd and inconvenient), some tacky decor here and there, slight 'musty' smell in the hallways, the lighting/air controls are super modern but quite hard to operate. All up, however, - a great find in Singapore and highly recommended.

Room tip: Park side rooms are probably quieter. My room was on the 2nd floor with a lovely outlook. Even though it might feel like people in the park can look in, I really don't think they can!
Ask Vicki T about Hotel Fort Canning
Thank Vicki T

We are flattered by your kind compliments and certainly look forward to the pleasure of indulging you with more of our hospitality on your next visit.

Report response as inappropriateThank you. We appreciate your input.
This response is the subjective opinion of the management representative and not of TripAdvisor LLC
bidibodi
FVG
21892
Reviewed 11 November 2012
tropical bounty

it has been difficlut to reach because the taxi driver didn't know how to go there but when you finally arrived you're pampered from the first second
The check in process is, indeed, a little bit too long even if the people are super nice
the rooms are splendid, I did have one overlooking the pools garden and the bathroom was something you'' always dream of
the air conditioning is biting and hard to manage ,in fact, on the third night, I went for a complete shut down
sore point...breakfast
definitely not mirroring the hotel's level
the quality is so-so and so it's the service

We have reviewed the concerns that you have highlighted and it have since been emphasized to the involved department for improvement to be made.

We will continue and take every effort to increase and create awareness among the taxi drivers to familiarise with our unique location.

Once again, thank you very much for choosing us. We certainly look forward to the pleasure of indulging you with more of our hospitality on your next visit.

Report response as inappropriateThank you. We appreciate your input.
This response is the subjective opinion of the management representative and not of TripAdvisor LLC
shanuspube
London, United Kingdom
815
Reviewed 9 November 2012
Colonial chic meets modern twist in park hideaway

We stayed here for 3 nights during our honeymoon. The location was great - in a beautiful park (and away from the noise and hustle & bustle of the city) yet only a 5 minute walk from the city centre. It is also near various public transport stops. It is also a 1minute walk from the British underground base during WW2, which is now a museum.

The building is a beautiful, British colonial style, and is complimented by a modern feel inside with gadgets too. The room was spacious, comfortable and the bathrooms were fantastic. Everything was very clean and comfortable. The 2 swimming pools were fantastic and almost always empty too.

We had room service one and used the restaurant once too - both were great. The breakfast was very nice. And the complimentary manager's drinks (Prosecco, canapes, coffee etc) was a lovely touch.

The staff were friendly, couteous and accomodating.

Thank you for taking time to share your experience with us. We are flattered by your kind compliments

We certainly look forward to the pleasure of indulging you with more of our hospitality on your next visit.

Report response as inappropriateThank you. We appreciate your input.
This response is the subjective opinion of the management representative and not of TripAdvisor LLC
View more reviews
PreviousNext
1…274275276…