US$82
US$50
View deal
Free cancellation until 29/01/22
Hotels.comUS$82
Booking.comUS$82
Official HotelUS$82
View all 18 deals
Prices are the average nightly price provided by our partners and may not include all taxes and fees. Taxes and fees that are shown are estimates only. Please see our partners for more details.
vaneshkai
1

We went to a Halloween party with friends and family we have enjoyed all the activities like karaokes, scary cust outfit and the tour with direct and amazing contact with the nature the activities 100% recommended to come in family or coupleMore

We really apprecciate your feedback! We are glad you have enjoyed your stay with us!

Report response as inappropriateThank you. We appreciate your input.
This response is the subjective opinion of the management representative and not of TripAdvisor LLC
See all 1,516 reviews
Nearby Hotels 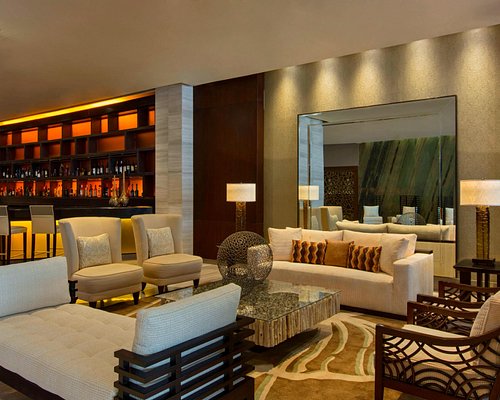 This hotel good qualities: friendly staff, clean hotel & rooms, nice pool, good outdoor activities- hiking trails, butterfly house and reptile house ( both small but worth checking out) . Many of the staff do not speak good English but they are all nice & try to be helpful. The free breakfast was very good. We ordered off the menu & tried different things for lunch & dinner. all were delicious!
The room prices were great for the resort! A bargain!
The $4 golf cart tour was fun - Carlos made an effort to explain to us the different animals & foliage we came across. His English was very good.
The only thing is the place is a bit run down but they were working on it - so some of the restaurants & shops were closed & they were working on the place , so it got noisy in different locations as they worked on things! But we were only staying a few days- we saw what we wanted & utilized what was open. The free shuttle wAs an effort to get but they finally got it for us to use.

We are really glad you have enjoyed your stay, for us is a pleasure to have you! We will share with the staff this comment!

Report response as inappropriateThank you. We appreciate your input.
This response is the subjective opinion of the management representative and not of TripAdvisor LLC
24keniav
Panama City, Panama
2
Reviewed 26 September 2021
Great place to stay

If you want a great place to stay with the family, you can have a great experience here!!! The hosts (anfitriones) and activities are awesomeeeeeeee. The place is in the middle of a beautiful forest and also they have some tours to get a great experience

We really appreciate your comment, we will be sharing it with our hosts

Report response as inappropriateThank you. We appreciate your input.
This response is the subjective opinion of the management representative and not of TripAdvisor LLC
Taaa_tee
1
Reviewed 6 September 2021
Buena vibra

We stayed 2 nights With friends. The bar/karaoke area was so much fun! Jeffrey & his team were very welcoming. The ambiance was enjoyable. Definitely recommend if you’re into Karaoke and good vibes but relaxing scenery.

We are really glad you had enjoyed our Karaoke nights!

Report response as inappropriateThank you. We appreciate your input.
This response is the subjective opinion of the management representative and not of TripAdvisor LLC
jadilynd
1
Reviewed 23 July 2021
Vacation with family

The service was excellent and the nature tour was beautiful! Nivea, Kiara, and Jeffrey were incredible servers. The tour included a variety of butterflies, trees, frogs, and many more animals! Our guide Sergio was very informative and the butterfly mural was a sight to see! I would highly recommend Summit Rainforest and would definitely come again!

We really appreciate your recommendation, We hope to see you back soon!

Report response as inappropriateThank you. We appreciate your input.
This response is the subjective opinion of the management representative and not of TripAdvisor LLC
TJ_OnAMission
72
Reviewed 16 July 2021 via mobile
Split personality, zero consistency! Close and start again

We spent three nights here and had such a mixed experience. Whilst $88 for a room with breakfast in a rainforest is awesome, and the pool is great, the rest of the experience was a disappointment.

We had to change rooms 3 times, had broken chairs, broken fridges that leaked everywhere, even had a broken balcony door in one room that wouldn't open! All three bathrooms were great, best bit of the rooms. And the beda are super comfy. But the hotel is so old and tired, with heavy, loud construction work going on until 4pm daily, and i mean jackhammers (!!), that its just not fair to subject paying customers to this. All balconies are rusted and broken, handles fell off when we touched them and 50 % or more of the staff are ignorant and rude. They just have zero consistency here and its such such a shame.

The other half of staff are amazing, professional and helpful, such as Sergio the guide. But we even had an apology drinks voucher given to us, to buy 2 cocktails in the bar. When we bought 2 cocktails the barman said we could only buy a lemonade with them! We went back to reception who rang through and said it was resolved. Then when we checked out, they charged us for them again!

They simply need to shut, do all the necessary repairs and there are alot of them, train the staff and open again. For instance, buffet breakfast could be great. But we had cold, soggy, undercooked scrbled eggs with complimentary shell, partly because the staff were too stupid to light the candle things underneath. 1 banana was on offer for the whole room, so first come, first served eh....the porridge was like cold sick and when you asked for something fresh, like a fried egg, it was just too much trouble and you might receive one if you were lucky.....

Such, such a shame and a mega mixed bag!!

Room tip: Dont stay here until they have renovated it! Or if you stay here for $40 a night, that is fair. Oh and if you do stay here, go on an epic tour with Sergio
Trip type: Travelled with family
Ask TJ_OnAMission about Summit Rainforest & Golf Resort
Thank TJ_OnAMission

We really apprecciate the given feedback about your stay, As you had mentioned we are working on the maintenance of the Hotel, it is what you had heard during your stay, we will verify the mentioned details on the rooms you had occupied to have them fixed.
Regarding the food, we will be sharing this with our Food and Beverage manager to let them know your experience.