The location is good , but all the rest is just ok , it's not so clean place , the dishes not clean , the room not in good shape
The pool very nice
If you want just to sleep it's good place
This is very basic Zimer ,
For family's in the summer it's ok if you are not looking for vip
The main issue here is the cleaning

Trip type: Travelled with family
See all 8 reviews
Nearby Hotels 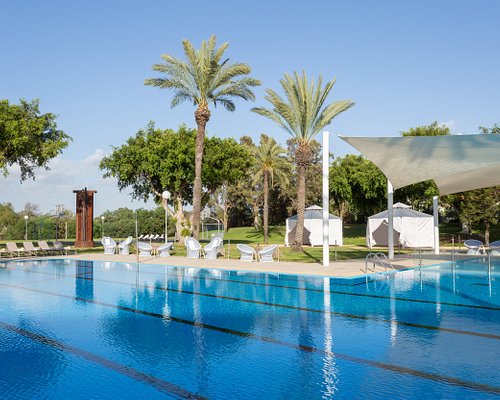 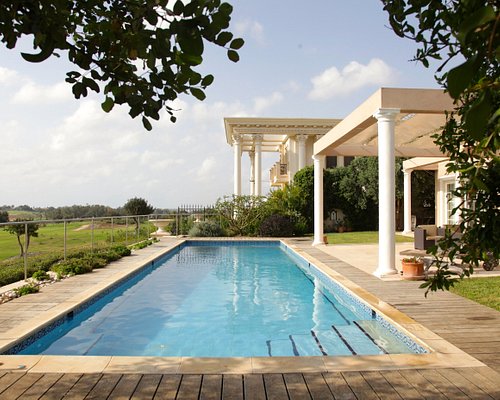 Expedia.com
View deal
eDreams
US$188
Destinia.com
US$267
FindHotel
US$188
View all 7 deals from US$188
525 reviews
We compared the lowest prices from 7 websites
Merkaz Yami Caesarea

we stayed at kibbuts kfar gliksonand have a grait time at this b&b. we strolled around at the kibbuts and like the green and the quite .a very good place for children a lot of playground and a tiny zoo.

This review is the subjective opinion of a Tripadvisor member and not of TripAdvisor LLC.
Rise E
San Diego, California, United States
1910
Reviewed 4 June 2012
If you're looking for cheap price, then this is good!

Dalite and Nick were lovely! Very accommodating, Dalite agreed to dry the clothes that I had laundered at a nearby Kibbutz when the dryer broke. She rushed in to help immediately with my concerns. Had no problem finding the place. The rooms were adorable.
Concerns: the rooms were so small! There was only about 1/2 inch buildup around the shower, so after taking a shower, the floor was soaking wet and you had to stand in the water to use the sink. I moved the mirror into the bedroom so that I could use the hair dryer w/o electrocuting myself. (Don't forget to turn the hot water heater on, or you will be taking a cold shower) There was a horrific smell of cat urine, (I am horribly allergic to cats) Dalite insisted that she doesn't allow pets there, but since she's only owned it for a few months, I would have to insist that the previous owners had lots of feline friends staying there! My biggest concern were the cockroaches! Dalite came by with fresh sheets when I called after finding one on the floor and one in the bed, along with long brown hairs through out the sheets. She explained that this is Israel and there are lots of cockroaches, but these were the only ones that I encountered during my 2 week visit. I wanted to throw up!
I wouldn't consider the accommodations to be a guest house, which implies more than a bedroom. These are several individual units. Bed, bath...that's it!

Room tip: Just make sure that all you are looking for is a place to sleep, don't plan on spending any time there!
Ask Rise E about Kibbutz Kfar Glikson
Thank Rise E

This review is the subjective opinion of a Tripadvisor member and not of TripAdvisor LLC.
mrsirin
London, United Kingdom
810275
Reviewed 8 July 2008
Okay if you must

We stayed in a Kibbutz kfar Glikson guesthouse for one night while traveling through the area. Although the kibbutz guest services person was charming and friendly, we were greeted by a strong smell of mold from the kitchenette when we entered our room. Also, while the refrigerator contained a container of milk for guests, it had long gone sour, and a promised replacement never arrived. Although the bedroom and bath areas were clean and modern, much of the kibbutz itself looked depressingly rundown and dirty. Although we strolled around the kibbutz and greeting everyone we met, no members returned our greeting, or even made eye contact, even though we were among the very few guests staying there.

I wouldn't stay there again, but it's not the worst place in the world if you're just looking for a bed and a quick breakfast while passing through.

This review is the subjective opinion of a Tripadvisor member and not of TripAdvisor LLC.
Parparit
North Vancouver, Canada
510
Reviewed 24 June 2007
Kibbutz getaway

Kfar Glikson is a small kibbutz just east of Binyamina and Pardes Hanna, Israel. We stayed in a two-room unit with a small kitchen (sink, electric kettle, microwave and large refrigerator); each room had its own TV and individual air-conditioner.

If you're looking for luxury, this isn't for you. But the setting is lush with trees, lawns and bougainvillea, and the staff is pleasant and helpful. Life on a kibbutz is like that in any small village, and since the rooms here are set between four or five preschools, you should be able to tolerate the sound of small children during the day. Resident dogs will visit, also, but the nights are generally quiet, although the cacophony of birds in the morning is pretty loud.

Breakfast is served on the table outside your room each morning.

We loved staying at Glikson and recommend it for those looking for a place in the country.