One problem spoiled the stay - Review of Hilton Albany

US$184
US$133
View deal
Expedia.comUS$156
PricelineUS$156
Lol.travelUS$184
View all 20 deals
Prices are the average nightly price provided by our partners and may not include all taxes and fees. Taxes and fees that are shown are estimates only. Please see our partners for more details.
omegaman2k
Brooklyn, New York
2211

One problem spoiled the stay

It's really hard for me to write this up because, if it wasn't for the one problem, my rating may be higher.

The problem was, either the smell of cigarettes or marijuana permeated into our room for two nights. Of course it came and went but I found it most disturbing to be awaken by the amount I would smell.

To be in the room and be invaded in that particular way, really spoiled our stay.

I spoke to a couple on the elevator on Sunday morning and asked them if they had the same problem. They said yes and were annoyed themselves. They had also mentioned that a Rapper and entourage had also stayed during the weekend but we cannot say how much they contributed to the issue or even their fans if they were also staying.

My wife and I realize that smoking marijuana is legal in New York State just as smoking cigarettes is but that doesn't mean we are ok with 2nd hand smoke, inside or outside.

However Check In/Out was easy due to the Hilton app using the Check-In and Digital Key; the room looked clean; Roger working in Starbucks is a pleasant man to talk to.More 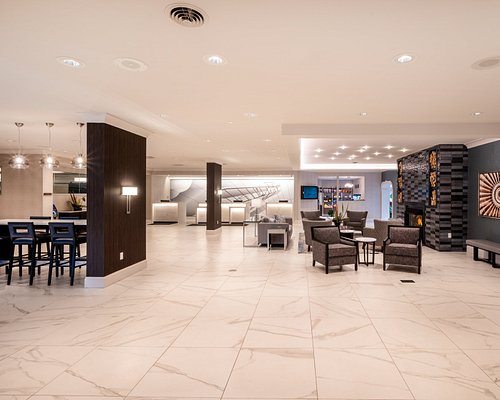 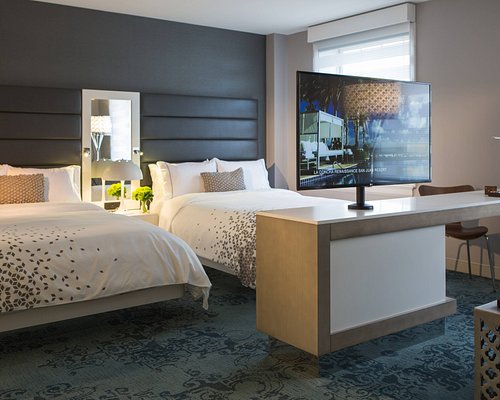 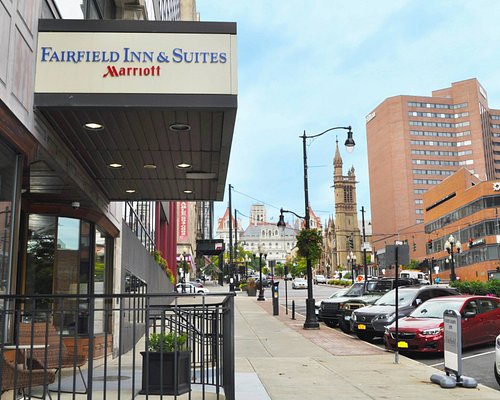 The hotel staff did not wear mask and no such requirement for guests. The elevator gets crowded and no one is expecting the social distancing rule there. Therefore, I don’t feel safe staying jn this hotel.

Review collected in partnership with Hilton Hotels & Resorts
This business uses tools provided by Tripadvisor (or one of its official Review Collection Partners) to encourage and collect guest reviews, including this one.
Ask RPSoong about Hilton Albany
Thank RPSoong

This review is the subjective opinion of a Tripadvisor member and not of TripAdvisor LLC.
SR_NJ2017
Holmdel, New Jersey
88
Reviewed 5 weeks ago
Would not recommend

Pool is closed, Executive Lounge is sparse in food offerings, Housekeeping standards need improvement. Location is central and next to the NY State Capitol building. Area is deserted at night and several homeless people in area.

Review collected in partnership with Hilton Hotels & Resorts
This business uses tools provided by Tripadvisor (or one of its official Review Collection Partners) to encourage and collect guest reviews, including this one.
Ask SR_NJ2017 about Hilton Albany
Thank SR_NJ2017

This review is the subjective opinion of a Tripadvisor member and not of TripAdvisor LLC.
JoyceinNY
, NY
8861
Reviewed 15 October 2021 via mobile
Pleasant stay

stayed here one nite for a event at the empire center. Able to check in early at 1 pm , front desk staff all pleasant .. room was fine , a little worn ..bathroom a little small . As per the times, the hotels restaurant is closed, only place to get food was the lobby lounge and that was open after 4 pm. The pool ( indoor) was closed for reno and was to be open the day of our arrival.I can tell you from the looks of it It will be a miracle if it’s open by New Years . Of note no workmen or work being done on it during the 2 days we were there. ( no surprise here with the lack of workers) . where this hotel really shines is the complimentary shuttle/ transport services they offer 24/7. ___3 vans/ vehicles to transport you within a 3 mile limit plus Albany airport . The drivers were very courteous and appreciative of a tip .

This review is the subjective opinion of a Tripadvisor member and not of TripAdvisor LLC.
chiricop2021
Buffalo, New York
1
Reviewed 15 October 2021
Terrible stay

Terrible service / response when trying to address a bad stay. 1st room had a bathroom backup in the shower. 2nd room had a terrible musty smell, the shower rod was broken so the curtain was on the floor when showering and the drain backed up immediately after starting to shower. Local local response to contact has been nonexistent. Terribly disappointed with my stay.

Review collected in partnership with Hilton Hotels & Resorts
This business uses tools provided by Tripadvisor (or one of its official Review Collection Partners) to encourage and collect guest reviews, including this one.
Ask chiricop2021 about Hilton Albany
Thank chiricop2021

This review is the subjective opinion of a Tripadvisor member and not of TripAdvisor LLC.
B6759GVterryb
2
Reviewed 11 October 2021
Disappointment

We stayed here while participating in a half marathon in Albany. Earlier in the week I had called to see if we could have a late checkout so that we could take showers after we were done with the race. They added it to my reservation but upon arrival we were told that we could only have a late checkout pending availability....what? Our bathroom was the size of a matchbox with very little toilet paper and there was an empty beer bottle in our fridge. We were not granted a late checkout but I have been charged for the room twice so far on my credit card. When we were leaving the elevator in the parking garage didn't work either. This hotel does not live up to the high ratings it has received in the past - we will not be staying there again.