Cozy and Cute! - Review of The Mansion Hoi An

The Mansion Hoi An

Review of The Mansion Hoi An
Reviewed 9 March 2020

This is the cutest boutique property in Hoi An! Just like the old town itself it boosts so much charm and character that we couldn't help to think were we somewhere in the mediterranean or actually in Vietnam. Each room shares its own unique story and we stayed in the Alex room, which had a nice little pool!
The location is perfect just a bike ride away from the old town, which has to be the best way to explore the town!
Also loved the floating breakfast in the pool and the cool hat!

Room tip: The Alex room has its own pool and faces the front of the hotel.
See all 9 reviews
Nearby Hotels 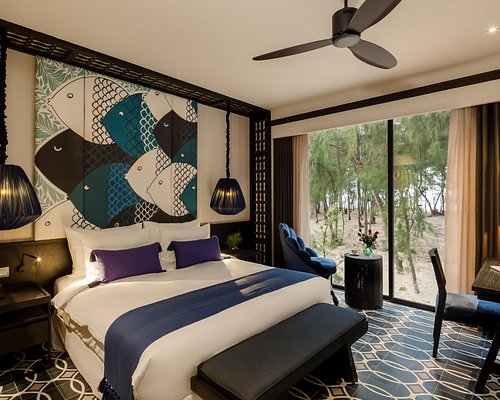 Trip.com
View Deal
Expedia.com
US$51
Hotels.com
US$51
Agoda.com
US$57
View all 13 deals from US$51
74 reviews
We compared the lowest prices from 13 websites 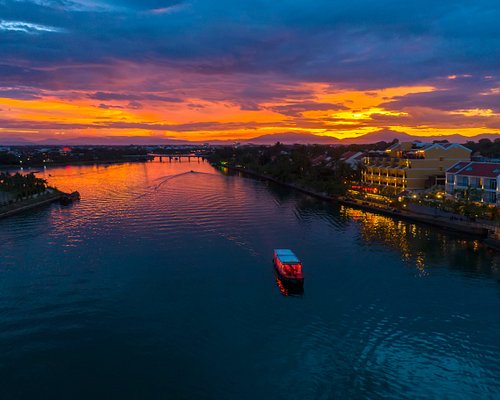 Breakfast included
Little Riverside Hoi An – A Luxury Hotel & Spa
US$78
Booking.com
View Deal
Free cancellation
Reserve now, pay at stay
Hotels.com
US$77
Trip.com
US$42
Expedia.com
US$77
View all 13 deals from US$42
1,191 reviews
0.9 km from The Mansion Hoi An
We compared the lowest prices from 13 websites Taking safety measures
We compared the lowest prices from 12 websites
Breakfast included
Allegro Hoi An - A Little Luxury Hotel & Spa
US$51
Booking.com
View Deal
Free cancellation
Reserve now, pay at stay
Hotels.com
US$50
Agoda.com
US$41
StayForLong
US$81
View all 12 deals from US$41
2,043 reviews
2.2 km from The Mansion Hoi An

We stayed at the room with the private pool and had a floating breakfast. Everything was amazing! We loved how instagrammable the room and the hotel were. The breakfast was great and the staff were so friendly and helpful.

This review is the subjective opinion of a TripAdvisor member and not of TripAdvisor LLC
kimngannt210
Hanoi, Vietnam
4
Reviewed 6 January 2020
Nice place, friendly staff

Travelling with a 2-year old kid and staff were very friendly to accommodate our needs. One of the staff even helped buying porridge for my kid from the restaurant. Every place in the Mansion creates a beautiful background for instagram-ers!

This review is the subjective opinion of a TripAdvisor member and not of TripAdvisor LLC
tomcan2311
Ho Chi Minh City, Vietnam
3
Reviewed 19 October 2019 via mobile
Best of Old town

We stay 1 night.I very happy for stay there. ms Duyen very friendly. I think I stay my home than hotel.Free bicyle, beautiful place. Can not say anything. I love The Mansion Hoi An. Thanks for everything.

This review is the subjective opinion of a TripAdvisor member and not of TripAdvisor LLC
huytru
Ho Chi Minh City, Vietnam
2
Reviewed 7 September 2019 via mobile
It’s cozy!

Our room was small but we enjoyed it. Friendly staffs. It locates really close to Hoi An ancient town, just 10mins walking. Be prepared, it also locates inside local residents, meaning they wake up earlier than the tourists.

This review is the subjective opinion of a TripAdvisor member and not of TripAdvisor LLC
jennylU9968DB
Adelaide, Australia
1
Reviewed 16 August 2019 via mobile
Don't even think about it!

Not sure where to start on this. We booked two rooms for our family trip and they were both pretty bad. Both rooms were really small and in quite bad condition despite they just opened for 4 months at the moment?! But what upset me most was an electrical error in my room, which led to the water in bathroom sink and the shower to be exposed with electricity. Three members of my family had been electrocuted from it. I talked to the manager about this and they brought a handyman in to take care of it, yet it remain the same and I, again, got electrocuted. The manager gave us a floating basket in the pool to make up for this mistake. Just so we found out that the floating basket, despite it looks nice on the photos, were just a frail basket with some styrofoam and sticks to help it float on water. Truly can't be more disappointed than that. The other bathroom also had draining issue, having water unable to drain and gave out a very unpleasant smell for the whole room. Don't be trick by those online photos!