US$68
View deal
Free cancellation until 03/12/21
Reserve now, pay at stay
Hotels.comUS$68
PricelineUS$62
Destinia.comUS$109
View all 16 deals
Prices are the average nightly price provided by our partners and may not include all taxes and fees. Taxes and fees that are shown are estimates only. Please see our partners for more details.
ChristinePeregrina
Seabeck, Washington
18455

Beautiful views from the dining room and an extensive menu. Service was kind and attentive. Food was very average and overly priced. For the general area, this is by far the nicest establishment. But I probably won’t return.

Trip type: Travelled with family
See all 644 reviews
Nearby Hotels 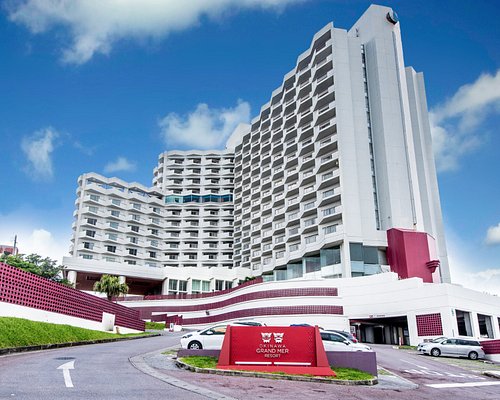 Expedia.com
View deal
Free cancellation
Reserve now, pay at stay
Hotels.com
US$56
FindHotel
US$52
Priceline
US$62
View all 15 deals from US$52
62 reviews
2.9 km from Okinawa Grand Mer Resort
We compared the lowest prices from 15 websites 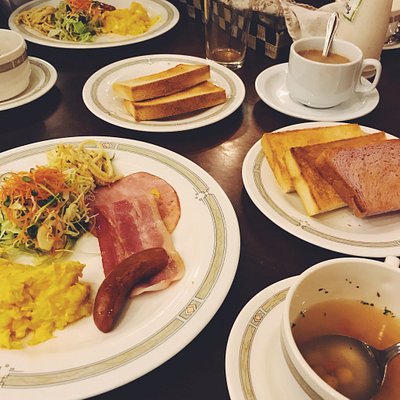 Expedia.com
View deal
Free cancellation
Reserve now, pay at stay
Hotels.com
US$65
Priceline
US$74
Trip.com
US$81
View all 14 deals from US$65
88 reviews
2.7 km from Okinawa Grand Mer Resort
We compared the lowest prices from 14 websites
HIYAGUN Lanai RESORT
US$66

Expedia.com
View deal
Free cancellation
Pay up to 12X
Hotels.com
US$66
Trip.com
US$47
Agoda.com
US$66
View all 13 deals from US$47
2 reviews
0.9 km from Okinawa Grand Mer Resort
We compared the lowest prices from 13 websites
Hotel New Century
US$51

Expedia.com
View deal
Free cancellation
Pay up to 12X
Hotels.com
US$51
Agoda.com
US$41
Trip.com
US$56
View all 14 deals from US$41
58 reviews
2.3 km from Okinawa Grand Mer Resort
We compared the lowest prices from 14 websites
Hotel Koza

eDreams
View deal
Expedia.com
US$41
Booking.com
US$36
ZenHotels.com
US$47
View all 14 deals from US$36
14 reviews
2.4 km from Okinawa Grand Mer Resort

Expedia.com
View deal
Pay up to 12X
Hotels.com
US$81
Agoda.com
US$42
Trip.com
US$82
View all 10 deals from US$42
1 review
2.9 km from Okinawa Grand Mer Resort
We compared the lowest prices from 10 websites
Sunrise Kanko Hotel
US$70

Expedia.com
View deal
Free cancellation
Pay up to 12X
Hotels.com
US$70
Booking.com
US$58
Priceline
US$67
View all 13 deals from US$58
24 reviews
2.4 km from Okinawa Grand Mer Resort
We compared the lowest prices from 13 websites
Goyahso
US$56

Let down in every way. Hotel is in the middle of nowhere, no food options within walking distance. Parking off-site down alleyway. Hotel room disgusting, it appeared that no one had ever cleaned walls or floor. Only one pillow provided, had to ask for more. Was so awful we checked out 2 days early. Save yourself the time and effort and pick another hotel.

This review is the subjective opinion of a Tripadvisor member and not of TripAdvisor LLC.
liting2015
Singapore, Singapore
5117
Reviewed 1 January 2019
Huge room with english speaking staff

Wonderful surprise and gift received from this hotel for being an Expedia Gold member.

Hotel is accessible by car, all the way up to the top, so you have a view inside the room. Location is quite good, you can drive to American Village within 30 minutes and drive to Uruma town (whereby the shopping malls are all there) within minutes. Free parking.

There are staff who can speak English, room is huge for Japan standard.

This review is the subjective opinion of a Tripadvisor member and not of TripAdvisor LLC.
IanH74
Engadine, Australia
816
Reviewed 14 October 2018 via mobile
Typhoon Trami

We were in the hotel during the typhoon and I would like to say the hotel did a great job in some very difficult conditions. The power went out in the early hours of the morning so we woke to the emergency lighting and howl of the wind. Only one of the three lifts was working but we soon discovered the stairs. The staff still managed to supply a buffet breakfast as the rain lashed down. We still had hot water and some of the power points worked, as did the hotel supplied smart phone. Lunch was a simple affair supplied for free by the hotel. During the wait for dinner there was an impromptu acoustic concert from a band staying in the hotel. The hotel assisted us with changes to flights and car hire, overall very well managed.

This review is the subjective opinion of a Tripadvisor member and not of TripAdvisor LLC.
sidney0226
3148
Reviewed 8 October 2018
Family stay

The rooms were very clean and we were welcomed with a wonderful welcome gift for being an expedia vip upon checkin! The breakfast buffet was excellent. The sushi restaurant was wonderful as well. Parking is free but we had trouble finding parking on the nights that we got back late. Really close to aeon rycom. There is nothing within walking distance so you absolutely need a car- there is limited sidewalk in the area and it is very difficult to see oncoming cars.

The gym was kinda gross. The equipment is very old (the belts on the treadmills were very frayed, kind of a safety hazard?) and there was nothing to wipe down the machines.

This review is the subjective opinion of a Tripadvisor member and not of TripAdvisor LLC.
yee c
HK
7559
Reviewed 17 September 2018
horrible night staff (who are rude and lies) and in-room filthy carpet

While most of their staffs were courteous and professional. Mr. Tamang & Ms. Ishihara (who claims to be the night supervisor) put the hotel to shame.
My wife, my 2 y.o. and I stayed at the Grand Mer for 2 nights... my 2 y.o. & I slept on the corner bed (see photo), we used the main blanket to pad the wall (it didn't look clean...), so I called down and asked for an extra blanket, at first Mr. Tamang said it's after hours (10:34pm) and they no longer provide service, I told him an extra blanket is not a room service, that it's a necessity. He then ask me why, after some bickering they brought it up.
Next day, I called again for another blanket (the one previously had fallen off to the carpet and my wife said I NEED to change it, check the photo, I agreed). Again Mr. Tamang asked me why, this time I've had enough, all I asked is an extra blanket, if they're so concerned they can count them at the end when I check out, but this type of hostility is completely unwarranted. As I went down to collect the blanket this time from Mr. Tamang, Ms. Ishihara approached and began to speak to him in Japanese. I told her she can continue to conversation in English but she ignored me, I then explained to her that it's rude and again she disregarded me. When I confronted her again, Mr. Tamang declared that she doesn't speak English. He then left to get me my blanket, I then ask Ms. Ishihara "how long it will take?" and she quickly responded "3 minutes"... This is how you catch a Liar!

The room's decor is extremely old, perhaps top-notched in 1980; light switches on the night stand (which offers limited variations), flat panel on the desk (not wall mounted), so table space reduced, And have I mentioned the insanely filthy stained in-room carpet?! (I wore my shoes the whole time). I'm sure they've replaced "some" of it since the 80's (as there're different shades of squared carpets)...

Breakfast offers plenty of choices, but it's clear no effort's been given...

Location-wise... I can't really tell, my wife and her friend planned the trip, but honestly, nothing seemed near except for the Aeon Shopping Mall (which house a giant fish tank). Aquarium was 90 minutes away, Naha a good 40?

My overall comment: I wouldn't stay here again even if they pay me (unless they renovated the whole thing and have a change of ownership)