US$109
US$47
View deal
Free cancellation until 09/12/21
PricelineUS$58
Booking.comUS$91
Agoda.comUS$109
View all 14 deals
Prices are the average nightly price provided by our partners and may not include all taxes and fees. Taxes and fees that are shown are estimates only. Please see our partners for more details.
SVRBlackBookAsia
400118

You will get 5 star services at this 4 star rated hotel. Near the train station with most excellent service and breakfast which includes many Japanese and western favourites like miso soup and omelette. The Japanese room is one to reserve over here!

Trip type: Travelled on business
See all 188 reviews
Nearby Hotels 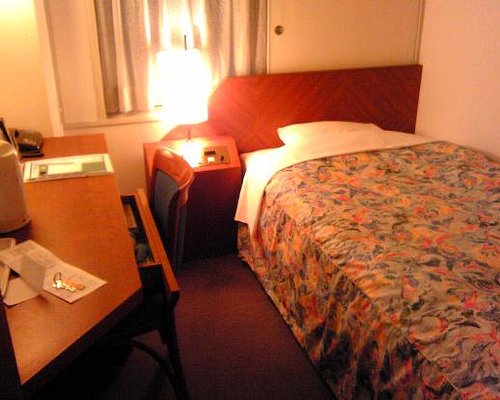 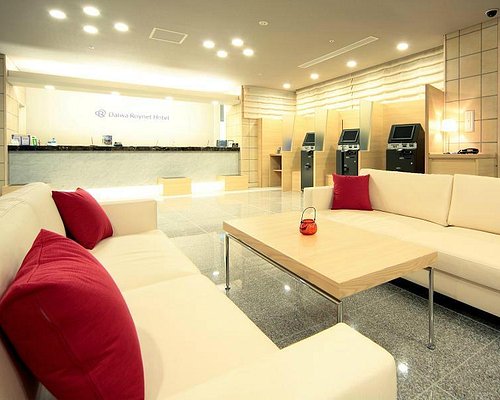 Hotels.com
View deal
Expedia.com
US$69
Booking.com
US$66
Agoda.com
US$159
View all 14 deals from US$66
187 reviews
0.4 km from Hotel Metropolitan Morioka New Wing
We compared the lowest prices from 14 websites
UNIZO INN Express Morioka

The Hotel Metropolitan New Wing is slightly further about 5-6 mins walk from JR Morioka station compare to the Hotel Metropolitan Main which is just right next to the station east exit. Hotel room is clean n comfy. The hotel front desk staffs are helpful n friendly. The Morioka loop-bus stop is just around 15-20 metres away from the hotel entrance.

This review is the subjective opinion of a Tripadvisor member and not of TripAdvisor LLC.
HK C
Hong Kong, China
6425
Reviewed 20 March 2018
Helpful staff

The hotel is only a few minutes' walk from the JR station though not as convenient as the "old" Metropolitan Hotel which is located just next to the station. Though the hotel is called "New Wing", it can be easily found that many areas and facilities of the hotel are not new at all. Room size is ok and the selection at breakfast is adequate. In fact, as there were not too many visitors during our stay, we found that the breakfast area was quite relaxing as the environment was not noisy and busy. Thanks for the help of the concierge who helped us to courier our baggage to Sendai as we had to travel to other areas before we travelled to Sendai a few days later.

This review is the subjective opinion of a Tripadvisor member and not of TripAdvisor LLC.
setotravel
Tokyo, Japan
379174
Reviewed 4 December 2017
Room size and hotel staffs attitude are fine. Need design renovation as furnitures and designs begin to show the age.

History: Originally built and opened in 1996
Location: Northeast side of Morioka train station, approximately 5 minutes walk from there. Morioka city center is approximately 15 minutes of walk from there.
Interior Decor: Decorated lobby. Guest room I stayed features good sense of furniture design and style. However, both the lobby and the guest room should be renovated/facelifted. It's been over 20 years since this hotel opened; it shows wears/tears.
Exterior Apperance: 11 story hotel in a commercialized area
Outside view from the room I stayed at (577): Central parts of Morioka city. Buildings across the street. Kitakami River.
Room Description: Twin. Need design renovation. Electric outlets are inconveniently located. No electric outlets near the bed. No USB outlets. Not designed to work with smartphone users.
Room Size: Approximately, 30 square meters. Generous size for Japanese hotel chains.
Room Cleanness: Clean. Furnitures show their age.
Room lights: A bit darker than desired.
Bathroom: Clean. Average size. Non-adjustable showerhead is pointing to an odd angle.
Noise Insulation: Average.
Price and Value: Reasonable Sunday night off season price considering the condition of the room and the location.
Breakfast: Good all you can eat buffet featuring some local Morioka food.
Bed: Firm softness. Slept fine.

This review is the subjective opinion of a Tripadvisor member and not of TripAdvisor LLC.
KevMac1960
Stanford-Le-Hope, United Kingdom
493237
Reviewed 8 September 2017 via mobile
Comfortable hotel close to station

Just a couple of minutes walk from the Shinkansen station. A clean and comfortable hotel with all expected amenities. Typical buffet breakfast for Japanese hotels. The reception area is very interesting with a tea salon giving it a rather old grand appearance.
There are a large number of bars and restaurants just across the river about ten minutes walk away

This review is the subjective opinion of a Tripadvisor member and not of TripAdvisor LLC.
Hksamchu
Hong Kong, China
4977
Reviewed 16 February 2017
Business Hotel nearby JR Morioka station