US$132
US$83
View deal
SAVE US$49
Free cancellation until 18/04/21
Booking.comUS$132
eDreamsUS$132
PricelineUS$105
View all 15 deals
Prices are the average nightly price provided by our partners and may not include all taxes and fees. Taxes and fees that are shown are estimates only. Please see our partners for more details.
Jasmin C
Penang Island, Malaysia
11

Money was stolen out of the safe

First and most important: Our total cash was stolen out of the safe. We had two double rooms and after the money was stolen out of the first safe, the thiefs tried to open the other safe a few days later (but weren't successful this time). We noticed that after coming back from a snorkeling trip the safe was blocked due to failed attempts of entering the pin code. Most likely the theft took place during our first snorkeling trip, so we highly recommend taking your valuables with you. We brought it up to the management, they started investigations, but didn't succeed in clarifying the situation. Disappointingly we weren't offered any kind of redemption at all.

Apart from that, the beach was awesome and perfect for our two little children. The rooms and daily buffet were ok.More 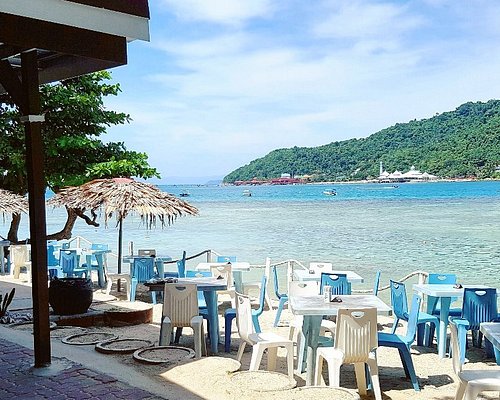 eDreams
View deal
Hotels.com
US$58
Agoda.com
US$49
Booking.com
US$58
View all 16 deals from US$49
507 reviews
0.6 km from Perhentian Island Resort
We compared the lowest prices from 16 websites 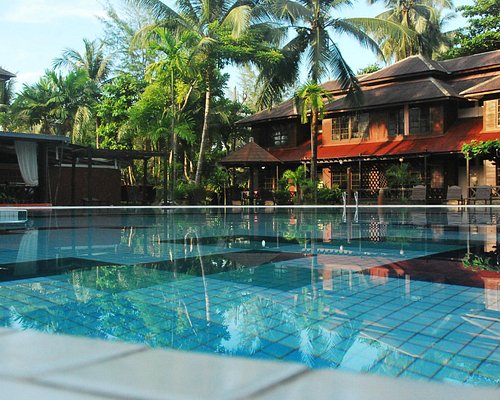 eDreams
View deal
Hotels.com
US$152
Agoda.com
US$121
ZenHotels.com
US$172
View all 12 deals from US$121
289 reviews
1.3 km from Perhentian Island Resort
We compared the lowest prices from 12 websites

The best beach among the beaches on this island. Not too many people and a chance to calm down. The food is also great. Best for breakfast as well and good service.Old room but its ok.we still can sleep well. All the staff are very kind. Overall I really happy stay at this resort

This review is the subjective opinion of a TripAdvisor member and not of TripAdvisor LLC
SzeYeeThong
Penang Island, Malaysia
111108
Reviewed 3 October 2020 via mobile
White sandy beaches right in front of hotel room entrance.

Our room is just right in front of the white sandy beach! With the closed proximity, we could spent time morning or evening or night enjoying the nature and let the sound of the waves accompany good night sleep. There are many squirrels and monkeys around the area wondering and looking for food... and they meant no harm. For our 3 days 2 nite stay, we pre-booked and paid upfront for full meal plan throughout the stay then we realized there were restaurants within walking distance. One more good point to make is the transport between mainland to the Island was well managed by the hotel

This review is the subjective opinion of a TripAdvisor member and not of TripAdvisor LLC
Superlight88
Kuala Lumpur, Malaysia
65
Reviewed 29 September 2020
Below average

Nice beach, big land area but sadly under utilised. The resort's location has so much potential but sadly the place is not well built nor maintained. Noted the sewage discharge from the far end of the resort into a small stream that feeds directly into the sea. Bad smell from this end. I don't know what the regulations are for discharge of sewage into the sea are but the resulting algae blooms kill the coral.

This review is the subjective opinion of a TripAdvisor member and not of TripAdvisor LLC
AzmanMohd80
Petaling Jaya, Malaysia
21
Reviewed 26 September 2020 via mobile
Lovely beach,Great food & Nice staff

PIR has beautiful beaches and clear sea water. the food is also delicious and there are many options.Room are just comfortable.
staff very helpful and always smile especialy from the restaurant & receptionist.pool clean. only the resort area has dry leaves as in ever swept. there is a new construction underway in the starting area to the PIR. looks unattractive with such seemingly irregular conditions. overall, we enjoy staying at PIR & will come again!

This review is the subjective opinion of a TripAdvisor member and not of TripAdvisor LLC
shafaqs2016
21
Reviewed 24 September 2020
One of the best resorts!

Best food best staff best beach!! We stayed for 3 nights and had a all inclusive package. The food everyday was just amazing. Rooms are comfortable and there is a good warm shower. Staff is very kind they helped us to pack lunch for take away on the day we had a dive. Smooth check in and check out. Sunday night is live bbq and omg it is just amazing! Definately will be coming back!!