US$119
US$103
View deal
Expedia.comUS$119
PricelineUS$119
Hotels.comUS$119
View all 20 deals
Prices are the average nightly price provided by our partners and may not include all taxes and fees. Taxes and fees that are shown are estimates only. Please see our partners for more details.
Ignacio A
Cincinnati, Ohio
78

This hotel exceeded our expectations. Super friendly staff, outdoor pool, high quality breakfast - best I ever had in an “airport” hotel (plenty of fresh fruit options) - and complimentary shuttles to both the airport and the nearby shopping malls. Only remark was the lack of weights at the gym. 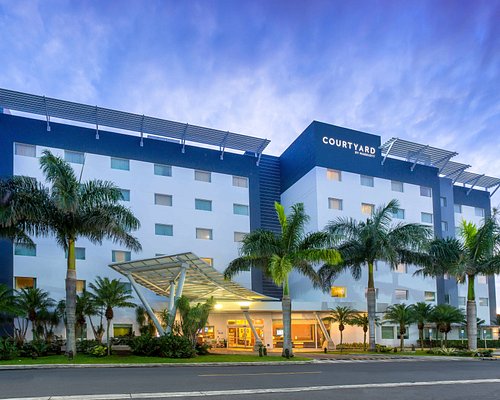 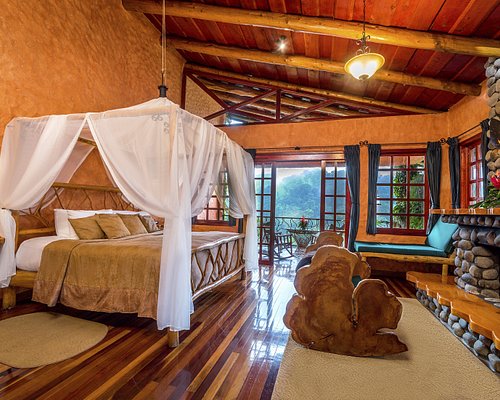 Customer service rude, unhelpful, and would not honor legitimate third party I bought room from. Bought a hotel through getaroom.com and they would not honor it. They said they did not receive the information from the third party. I showed them my confirmation on my phone and she asked if she could show her manager, so instead of the manager coming to the counter, she took my phone behind to an unseen manager and had my phone out of my sight for about 5-7 minutes (open and unlocked). Came back and had no further information, just said she couldn’t help me.

Requested I forward her my confirmation to her email so she could use it to help me. I forwarded it as requested. Then she requested my bank screenshot, which I initially refused, then decided to do it and cut out the other information. Sent that. No further movement or information from the unseen manager. Finally she said that I need to send another confirmation page to her. I refused because the only additional information it had was my payment info including some credit card info.

Then she said I can wait three hours in the lobby but that it didn’t look hopeful they would get ahold of the third party or that it would be approved. Very unprofessional and unclear communication the entire time. It seemed as though every step of the way an excuse was made as to why she could not check me in. Very odd because I expected that such a huge hotel chain regularly communicates with third party companies.

I decided to follow my instincts and asked the helpful shuttle driver to take me back to the airport Immediately. From their I promptly took the shuttle to the Marriott, which was cheaper, much nicer, and very accommodating and professional. They got me a nice room at the best rate immediately. I called the third party to cancel when I got to my room and got ahold of them and cancelled with their help with no problem. Avoid holiday inn express San Jose, Costa Rica at all costs!

Dear 111estelle, thank you for sharing your comments.

We are very sorry for what happened yesterday when you arrived to our hotel. Please accept our most sincere apologies for all the inconveniences you experienced. As our front desk staff told you, your reservation was originally and mistakingly made to the Holiday Inn Express in San Jose, California. When you arrived, our front desk staff could not find your reservation due to that mistake and to top it off (and is something we are very embarrassed of but was beyond our control) is that we were having problems with our system which operates with the extranet for reservations. This made the computer run slow so our front desk staff took about 3 to 5 minutes to check the extranet and wait for your reservation that you made when you arrived at our hotel. Unfortunately, you did not wanted to wait a couple of minutes until they (our front desk staff) solved the problem with the extranet connection and left before they were able proceed with your check in.
We are very sorry that you felt that our staff was rude to because it is something that we do not tolerate since it goes against everything we stand for. Our entire team must really embody everything that our brand and our hotel represents, so please accept our most sincere apologies; we assure you they were trying very hard to solve the problem as quickly as possible so you could have a very good and restful sleep after your flight. We assure you that our Management is going to talk very seriously to our front desk staff in order to ensure that something like this never happen again since nothing is more important to us than our guests' total comfort, satisfaction and well being.

Once again, we are very sorry for the inconvenience you experienced. It was a pleasure being at your service.

Report response as inappropriateThank you. We appreciate your input.
This response is the subjective opinion of the management representative and not of TripAdvisor LLC
Diverdown71
Appleton, Wisconsin
2636
Reviewed 13 June 2021
Great airport hotel!!

Great hotel when you're arriving/deparitng SJO.

*Free shuttle when we arrived at the airport around 11:30pm; short 5 min ride to hotel
*Friendly Staff
*Very clean hotel
*SUPER COMFORTABLE BEDS
*Was able to change USD for me 1:600; much better rate than at SJO
*1-block walk to several car retnal agencies - we used VAMOS
*Continental breakfast - nice variety

This review is the subjective opinion of a Tripadvisor member and not of TripAdvisor LLC.
Anu J
Kathmandu, Nepal
4321
Reviewed 26 May 2021
Pricy for what u get

It is near tot the airport and yes they provide a shuttle which was great. But still little pricy for what u get. It is clean in the lobby but in the room it could be vetter. Breakfast was a bit sad for a big status hotel. It was the less Nice breakfast we had in whole our tour.

Thank you for taking a moment to share your feedback with us. It’s good to note you appreciate our hotel's proximity to the airport and the shuttle we provide.

We always make sure we create an environment that is comforting and welcoming. I am sorry we fell short of making your hotel encounter perfect due to the cleanliness standards of the room and your breakfast encounter.

I have shared your comments with the hotel management as a source of our journey to improve. I assure you we will work with the relevant team so you can maximize your stay with us on your next stopover.

As we strive to provide a seamless hotel experience, we hope that you can try us again. .

Report response as inappropriateThank you. We appreciate your input.
This response is the subjective opinion of the management representative and not of TripAdvisor LLC
Nordic_Traveler90
Switzerland
76115
Reviewed 9 March 2021 via mobile
Ok for a one nighter

Good & decent check-in. Rooms ok but overall a little dusty. For a one-nighter on your way from/to the airport ok though considering the hotel is part of IHG. Breakfast had everything one needs to start the day right.

This review is the subjective opinion of a Tripadvisor member and not of TripAdvisor LLC.
PrasunChoudhury
Seattle, Washington
131105
Reviewed 11 January 2021
Decent 2 Night Stay Close to SJO Airport

I had a decent 2 night stay at this hotel close to SJO airport. They have a shuttle for free pickup from airport and the hotel is less than a mile away from airport. If one needs to visit San Jose city, Uber is readily available. Public transport might be available as well though I didn't try it myself. Rooms are comfortable and WiFi is pretty ok. They also provide complimentary breakfast in the mornings. Overall a convenient place to stay close to the airport in San Jose.

Dear PrasunChoudhury, thank you so much for sharing such charming comments.

We are really happy that your stay at our hotel was so wonderful. We assure you that there is nothing more important to us than our guests' total comfort, satisfaction and well being so we make sure that they have everything they need and that they feel more than welcome and right at home. We are very proud to have an amazing staff whom are always going above and beyond for our guests; they are not only very attentive but also very efficient. We are very glad that you loved our proximity to the airport so much (we are less than a mile away); our location is truly convenient to those guests that are either arriving or departing on a flight since it only takes our free 24 yhour shuttle transportation service about 5 minutes to take them from one place to the other.

It was a pleasure being at your service. We hope to see you back again very soon. Thank you for staying with us.