Lipstick on a Pig - Review of Alaska Angler's Inn

Lipstick on a Pig

A famous former governor from Alaska talked of putting lipstick on a pig. She must have been talking about this place. Overpriced from a shady dive. And they double billed me for the room. Dodge this place like the COVID.

See all 2 reviews
Nearby Hotels 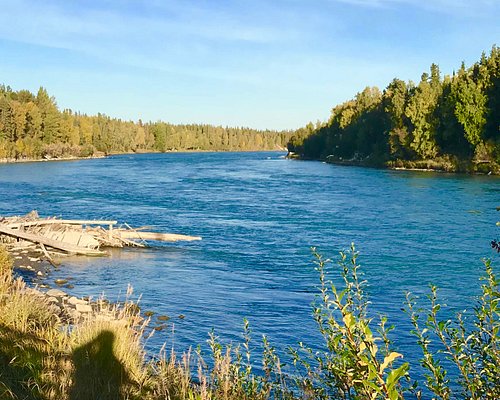 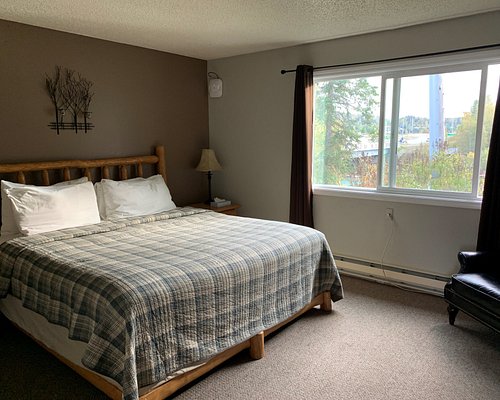 Expedia.com
View deal
Free cancellation
Reserve now, pay at stay
Hotels.com
US$109
Travelocity
US$109
Orbitz.com
US$109
View all 8 deals from US$109
101 reviews
0.2 km from Alaska Angler's Inn
We compared the lowest prices from 8 websites
Breakfast included
Best Western King Salmon Inn
US$119
US$116

I flew into Anchorage then drove to Soldotna 2 weeks ago. Bad weather, bad time of year between Christmas and New Years. Icy roads and blowing snow for a 4 hour drive that should have taken 2.5. I just wanted a place to rest up for my apointment the next morning. First place I stoped (Aspen) coldn't find anyone to see if they had a room available. Next place down the road, almost next door was Anglers Inn. I was hesitant, that place used to be called Hoolagins (the name fit the clientel and employees) but what the heck it was cold, I was sick of driving. I parked and walked in, suprise, the interior looked nothing like it had under the old name, no one at the desk but there was a sign saying dial this number, I did and seconds later both the GM and Owner showed up to check me in, like it was a race or something. I got a basic room, I'm on the road a lot and just need a clean bed,bathroom and wifi. The room had an extra space heater but I didn't need it. Anglers Inn fit the bill. Room was clean, had a fride and microwave, I only used the fridge.. Attached restaurant "the Catch" has 2 dinner menu's the main one and one called "Comfort Food". I had chicken fried steak from the "Comfort Food" menu. I was tender, cut with a fork no need for the knife the brought with the food. My server was all smiles, after dinner I asked if they had anything sweet, I wanted sugar, she checked to see what was fresh, I choose the Apple Crisp and asked if it came with icecream ya it was cold outside but its icecream. She said "it could" so I ordered it. She smiled and said she would warm up the apple crisp then add icecream. Dinner was less than $35 including drink and tip. I was pleased. The hotel didn't have a lot of people, at least that was my impression but there were several tables of locals eating in the restaurant.
Next morning at 8AM I was the only person eating, I had eggs, bacon, french toast and OJ. I sat at the table quite a while using wifi and working on my presentation for later in the day. By 9AM the place was filling up and by 9:30 it looked liked they would need my table soon so I left. Locals seem to like eating at the Catch attached to the hotel. My food both dinner and breakfast was good.
I checked out of the hotel with no issues, they gave me a reciept as I left and emailed one to make my expence report easier when I got home. Vern the owner was there to check me out. So I delt with 2 servers, Eric the GM, Vern the owner. Next time I have to go to the Kenai Peninsila for work, I'll hopefully have time to make my reservation in advance and will defenenly stay at the Anglers Inn again.

Room tip: reserve in advance during summer fishing season, other times of the year I think you can just show up like I did
Ask Losttraveling about Alaska Angler's Inn
Thank Losttraveling

LostTraveling,
Thank you for staying at the Anglers Inn. We are pleased you enjoyed your stay and thrilled the first hotel you stopped at gave you a reason to try another hotel.

We appreciate you taking the time to write a review about the hotel and The Catch Restaurant, ant to mention that both Eric and Vern assisted you.

Please tell your friends and co workers about the Anglers Inn!

On your next trip to Soldotna and the Kenai Peninsula we hope you give us the chance to serve you again.

Report response as inappropriateThank you. We appreciate your input.
This response is the subjective opinion of the management representative and not of TripAdvisor LLC