The best experience ever! - Review of Sacha Mistol Art Hotel

US$400
US$118
Free cancellation until 05/02/22
Reserve now, pay at stay
View deal
Hotels.comUS$400
TravelocityUS$118
CheapTicketsUS$118
TripadvisorUS$118
StayForLong
eDreams
View all 10 deals
Prices are the average nightly price provided by our partners and may not include all taxes and fees. Taxes and fees that are shown are estimates only. Please see our partners for more details.
620mariapiaa
2

The best experience ever!

A well located, clean, elegant and cool hotel with a distinguished and artsy style, the Sacha Mistol Art Hotel exceeded my expectations. The hotel has a very friendly staff. I loved the bar and the art gallery! The best kept secret in town at a very reasonable price. I strongly recommend it.More

Report response as inappropriateThank you. We appreciate your input.
This response is the subjective opinion of the management representative and not of TripAdvisor LLC
See all 224 reviews
Nearby Hotels 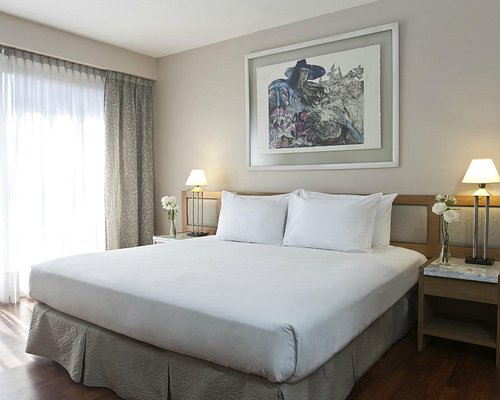 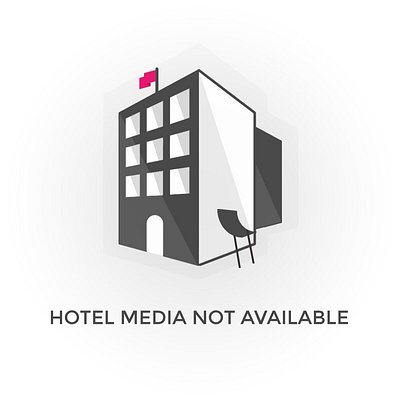 PROS:: The room (deluxe suite) was large, well lit and adequately furnished. The bathroom was fine, through the hot water was slow to come from the third floor. The breakfast choices were limited but adequate, with additional charges for an egg or second cup of coffee. The lack of a working elevator was not a problem, except in initially bringing bags up to our room. The location was a short walk the central square down a pedestrian mall. The young woman at the desk, who also served breakfast, was helpful and very nice, through she couldn't do anything about the hotel's questionable business practices (see below). CONS: The business practices of the hotel's management lack transparency and are borderline dishonest and unethical. Based on a star review in Lonely Planet, we booked a room for five nights at $397 US, which we thought was a fair value for the three-star quality and location of the property. There was a one-night cancellation fee. We were scheduled to arrive on March 12, but on March 11 the hotel charged our credit card $554 US for the entire five day stay. When questioned via email about this 140 % overcharge above the Booking.com rate, management sent a threatening response, blaming Booking.com and rationalizing their overcharge by stating they had to pay unspecified local takes and use an exchange rate that was 25% higher than the official rate. Neither of these practices were revealed in the fine print of the hotel's Booking.com page. During two months in Argentina, no other hotel overcharged us by using an inflated exchange rate or claimed local taxes that were not revealed on their booking page. Booking.com was absolutely no help. The management said we could get a refund to our credit card if we paid the full $397 US in cash, and acknowledged this was not the first time that they had made such a refund for the same reasons. (Fortunately we had the US cash, so it did not work out badly for us. But we never would have booked a room in this hotel for $554, as there were 4 and 5 star hotels in better locations in Cordoba that were available for the five nights for less than $554.) In addition to their "bait and switch" billing practices for the room rate, the hotel made over $60 in charges on our credit card without notice or accounting, apparently for laundry, breakfast extras and room cleaning at $5 additional per day above the rate (though the room was only cleaned twice). When I asked about settling up for extra costs upon check out, I was told I would receive a receipt through WhatsApp, but no accounting has been provided. Thus we cannot recommend this hotel.

"Apparently" you did stay in our hotel, "apparently" you did all the consumes, "apparently" we did the properly charged including Taxes and fees (you are not exclude by any means), and, "apparently" you are doing the same fake comment as you did at Booking.com. We were checking your activity here at TripAdvisor, and you only put 5 and talk right with the ones are giving you free stuff and all what you ask; for sure that bussines is very doubftul in the manear they are doing money (don't you think? We mean... all free and whatever you want...)

Report response as inappropriateThank you. We appreciate your input.
This response is the subjective opinion of the management representative and not of TripAdvisor LLC
RedheadTraveller90
11
Reviewed 8 March 2020
Lacks hospitality

We were booked into this hotel from Feb. 20-24. First, the good: the hotel is clean and nicely decorated. Unfortunately, that's where the good parts end. We encountered a number of issues during our stay:

1. Breakfast has a choice of 5 different options. Most are quite basic - for example, two of them are just toast (white bread), jam, and dulce de leche (one of them swaps a third piece of toast for a medialuna), and I believe they come with a very small cup of fruit as well. My mother ordered the "German breakfast" which features a small cup of fruit, pumpernickel bread, and a sausage. However, since she doesn't much care for sausages, she asked the server if it would be ok to substitute the sausage for an egg. The server said it would be ok. Shortly after breakfast, we received an overly aggressive message from the hotel manager saying that the breakfasts are fixed and any substitutions according to our preferences are absolutely not allowed. Alright, fine, but we found it a bit strange that the manager was antagonizing us over ONE (1) egg - most well-run hotels go out of their way to please their guests and certainly would not make a fuss over substituting an egg for a sausage.

2. Upon first arriving at the hotel and being greeted by the manager, we inquired about tours in the area, and he said he would send us some information. He did - however the only tour information he supplied us with was for private tours through the hotel, which were very expensive (around USD $200 and up per person). Instead, we went to a local travel agency and booked our own tours for around $40 per person. A few hours after this, we received another aggressive message from the manager (presumably after the tour agency had contacted the hotel to coordinate our pickup the next day), saying that it was absolutely not allowed for us to book our own tours, and that we had to book everything through the hotel. He also said that our tour had been cancelled, told us to go to the travel agency to talk to the person in charge and told us (in all bold text) that we were now on our own. Upon visiting the tour agency, we learned that our booking had not been cancelled, but that the hotel manager had called them and aggressively yelled at them (3 times) and demanded they pay him a portion of what we paid for the tour.

3. The hotel has a very strong smell of incense burning - my mother is sensitive to strong smells and mentioned this to them. When she requested that the incense be removed, it was increased in common areas of the hotel.

4. The hotel charges USD $5 per day for housekeeping services - just something to know.

The hotel is extremely intolerant of even minor criticisms - you can see this in their responses to other guest reviews. I would recommend reading them thoroughly on this site and others.

Overall, while the hotel itself is nice, our stay was ruined by the rude, aggressive, and controlling manager. We ended up checking out after the first night (though he charged us for all four nights as we had originally booked).

One final point - in the hospitality industry, "hospitality" is everything. More than anything else, guests will remember how they were treated and this will leave the lasting impression of the property - it's all in the details. You can have the loveliest hotel in the world, but if you treat your guests poorly, they will come away with a negative impression. Unfortunately, that's what happened in our case.

You have been even banned by your original reseller, even... in Google. All your "complaint" and doubtful actitud was immediately disabled by your original reseller. Your other comment in TripAdvisor (made by your "mother"), because was clearly unrespectfully and suspectful as well, was deleted. And you now, are continuing then with this new and fake account (exhibited here, completely "barley new") only with the purpose of bullying us; all the audience can see the facts, and draw your own conclusions.

Report response as inappropriateThank you. We appreciate your input.
This response is the subjective opinion of the management representative and not of TripAdvisor LLC
299andreasj
Sundbyberg
2
Reviewed 9 February 2020
Beautiful and friendly hotel

Very much appreciated our stay at Sacha Mistol. Big rooms, nice interior and design and very friendly staff. Furthermore, lovely breakfast. My best recommendation in Cordoba for a chillout place in a busy city.

Review collected in partnership with this hotel
This business uses tools provided by Tripadvisor (or one of its official Review Collection Partners) to encourage and collect guest reviews, including this one.
Ask 299andreasj about Sacha Mistol Art Hotel
Thank 299andreasj

Thank you dear guest, hope to see you again soon (!)

Report response as inappropriateThank you. We appreciate your input.
This response is the subjective opinion of the management representative and not of TripAdvisor LLC
Jan B
Tucson
11
Reviewed 19 December 2019
it's good!

Trip type: Travelled solo
Review collected in partnership with this hotel
This business uses tools provided by Tripadvisor (or one of its official Review Collection Partners) to encourage and collect guest reviews, including this one.
Ask Jan B about Sacha Mistol Art Hotel
1  Thank Jan B

Thank you Jan, was wonderful you stay here with us. All the best : )

Report response as inappropriateThank you. We appreciate your input.
This response is the subjective opinion of the management representative and not of TripAdvisor LLC
artjumpcor
Atlanta, Georgia
1
Reviewed 13 December 2019
Good, comfortable hotel

Big comfortable beds,clean, warm environment with amazing pieces of art. We were in an art event, I loved it! We stayed in a room with a view to the garden and swimming pool. Tasty breakfast , well laid out
An spa would make it perfect!

Room tip: No tip is necessary
Trip type: Travelled as a couple
Review collected in partnership with this hotel
This business uses tools provided by Tripadvisor (or one of its official Review Collection Partners) to encourage and collect guest reviews, including this one.
Ask artjumpcor about Sacha Mistol Art Hotel
Thank artjumpcor

Thank you dear, hope to see you soon again :-)