US$61
US$51
View deal
Trip.comUS$61
Expedia.com
ZenHotels.com
FindHotel
StayForLong
Prices are the average nightly price provided by our partners and may not include all taxes and fees. Taxes and fees that are shown are estimates only. Please see our partners for more details.
Lauren363
Beverley, United Kingdom
7544

Booked this hotel as we were in the area for a few days away and the price was very reasonable, could not fault the cost.
Some of the staff were brilliant, others not so much. Andrea who checked us in was very helpful and friendly, some of the other staff seemed quite new like they didnt really know what they were doing.
Rooms generally clean, but not as clean as they could be especially during current times. Found squashed insects on the walls which hadnt been wiped off, and dust still around the window sills.
It is a shame that cleaning/ servicing rooms is not a standard service anymore and has to be requested at reception, as a lot of hotels are back to doing this as part of their daily routine.
Overall good stay and would stay here again if in the area.
Carparking good and free.More 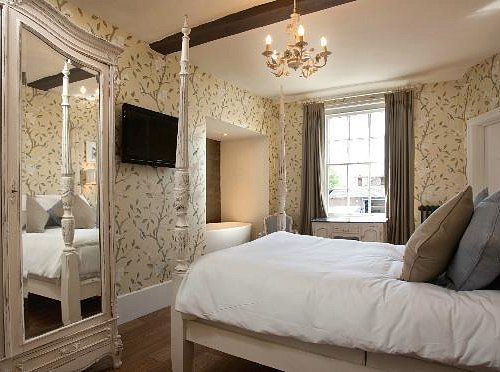 Top Rated
No64 at the Joiners

Hotels.com
View deal
Expedia.com
US$147
FindHotel
US$129
Booking.com
US$165
View all 12 deals from US$129
112 reviews
4.5 km from Premier Inn Maidstone (A26/Wateringbury) Hotel
We compared the lowest prices from 12 websites 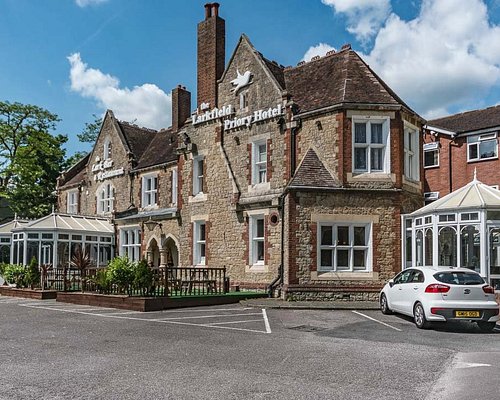 Expedia.com
View deal
Hotels.com
Booking.com
US$66
ZenHotels.com
US$73
View all 17 deals from US$66
501 reviews
5.1 km from Premier Inn Maidstone (A26/Wateringbury) Hotel
We compared the lowest prices from 17 websites

Taking safety measures
We compared the lowest prices from 17 websites
Hilton Maidstone
US$97
US$90
Tripadvisor
View deal
Pay up to 12X
Hotels.com
Booking.com
US$91
ZenHotels.com
US$97
View all 14 deals from US$90
2,094 reviews
9.1 km from Premier Inn Maidstone (A26/Wateringbury) Hotel

Good one, nice location, staff friendly, typical premier inn set up, clean, Safe, for forty quid a no brainer.
will return . Premier inn are my go to nowadays .
have used dozens around the UK always good keep an eye on offers etc

Review collected in partnership with this hotel
This business uses tools provided by Tripadvisor (or one of its official Review Collection Partners) to encourage and collect guest reviews, including this one.
Ask jonathanmonk3 about Premier Inn Maidstone (A26/Wateringbury) Hotel
Thank jonathanmonk3

This review is the subjective opinion of a Tripadvisor member and not of TripAdvisor LLC.
Lydia0870
1
Reviewed 21 June 2021
The hotel of horrors - a health hazard.

I appreciate this is a budget hotel, but I am disappointed with premier inn.
This room stank of cigarettes on arrival. The room was not clean, there were cobwebs, hair in the shower from the last occupant. Only one towel provided to shower with, despite us purchasing a twin room.

The last night was the most awful night I have had in a hotel and we certainly did not rest easy...!
There was copious amounts of cigarette fumes coming from the shower vent, because the room did not have any ventilation we were struggling to breathe and becoming light headed from the carbon monoxide.

We went down to speak to reception, who told us they had no rooms left and then he swiftly made his exit home. We had no option but to sleep in our car to ensure our safety. Thank godness we do not have breathing conditions or small children to negotiate. The room absolutely stank . I am also bemused as to why smoke alarms did not go off. It was disgusting!!

In addition to this, had to battle reception to believe us the next morning when we returned with the keys, she was rude and argued with me. Once she had gone into the room herself following my partner persuasion she was mortified.

I didn't expect perfection with a bargain hotel but a basic health and safety would of been helpful. Furthermore occupants not smoking and following the rules.

The pub next door was also a rip off, drinks well over priced.
Wont be staying again.

Thank you for your review.

We're very sorry to hear about the disappointing experience you had with us recently due to the cleanliness of your room, the lack of towels and the unpleasant smoke odour which resulted in you sleeping in your car. This certainly isn't the experience we would expect.

We have ensured this feedback has been logged to the Hotel Manager so that they can look into these issues with our Housekeeping and Maintenance teams to prevent this experience from being repeated again in the future.

We hope you have since been in touch with our Guest Relations team to discuss this further.

Thank you for taking the time to contact us and we hope we can welcome you for a more enjoyable stay in the future.

Report response as inappropriateThank you. We appreciate your input.
This response is the subjective opinion of the management representative and not of TripAdvisor LLC
Peter H
Shoreham-by-Sea, United Kingdom
7851
Reviewed 31 May 2021
3 Night stay

We had the first 3 nights after lockdown. Staff were good, friendly and informative when needed. Room spotless, as was Bathroom. We visited four National trust gardens in the vicinity over our 3 day visit. We had all our meals next door and were reasonable, as expected . Would stay again.

Review collected in partnership with this hotel
This business uses tools provided by Tripadvisor (or one of its official Review Collection Partners) to encourage and collect guest reviews, including this one.
Ask Peter H about Premier Inn Maidstone (A26/Wateringbury) Hotel
1  Thank Peter H

This review is the subjective opinion of a Tripadvisor member and not of TripAdvisor LLC.
George B
New Quay, United Kingdom
4
Reviewed 27 May 2021
Road facing rooms noisy

The hotel is conveniently located, good parking and restaurant is next door.
One negative - if you have a ground floor room facing the road you will have to contend with road noise and full floor to ceiling windows looking directly out onto the car park. I had cars parked less than 10ft from where I was sleeping and only a pane of glass between.

Review collected in partnership with this hotel
This business uses tools provided by Tripadvisor (or one of its official Review Collection Partners) to encourage and collect guest reviews, including this one.
Ask George B about Premier Inn Maidstone (A26/Wateringbury) Hotel
Thank George B

This review is the subjective opinion of a Tripadvisor member and not of TripAdvisor LLC.
26alid
Somerset, United Kingdom
814
Reviewed 9 October 2020 via mobile
Not the best sleep.....

We like to book this location when we visit family as it's the right side of Maidstone town as we all know getting through Maidstone is not the quickest journey!
Every previous visit has been without hitch until now....at 1:39am the fire alarm went off!! Having travelled from Somerset, we were shattered and to be told it was an idiot vaping in the bathroom, just turned our initial concern to disbelief and anger. I fully appreciate safety protocols have to be followed and also, this is not the fault of Premier Inn, but once we returned to our room, we just couldn't get back to sleep.
Apart from that, staff were polite as always and we felt safe with the new Covid measures that are now in place.

This review is the subjective opinion of a Tripadvisor member and not of TripAdvisor LLC.
View more reviews
PreviousNext
123…
<script type='text/javascript' crossorigin='anonymous' async onerror='__scriptLoadError(this,true);' s