US$224
US$188
View deal
Free cancellation until 29/01/22
Orbitz.com
Expedia.comUS$215
Booking.comUS$224
View all 13 deals
Prices are the average nightly price provided by our partners and may not include all taxes and fees. Taxes and fees that are shown are estimates only. Please see our partners for more details.
Debbie L
318

Great stay at a cozy hotel in Niseko

My mom and I took the bus from Sapporo airport directly to the hotel, which was very convenient as the bus dropped us right at the hotel. We also got to see the other ski sites on the way to our hotel. This hotel is nice, rooms (we chose the Western style room with two beds) were very big and spacious, beds were big as well. Hotel also contains a female & male onsen which was amazing, not crowded at all and I really enjoyed the outdoor onsen at night. The buffet breakfast and dinner was also great, although quite pricey, and also the view in the dining hall is fantastic especially when its snowing! Best thing was the snowboarding gear rental and free shuttle to Annupuri ski slopes, which were very convenient. Would definitely stay here again, especially for the onsen! One negative thing is the very slow wifi.More

Show less
Room tip: Ask for WiFi booster on your first day for faster WiFi
See all 186 reviews
Nearby Hotels 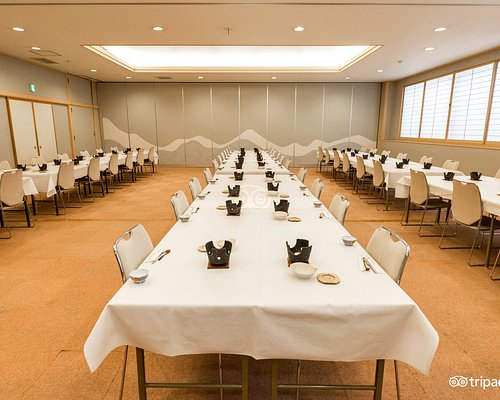 Ryokan A Ryokan is a traditional Japanese accommodation which typically features ‘futon’ (folding mattresses) on ‘tatami’ (straw mat) floors. Many Ryokan are known for their public baths (typically "Onsen" hot springs) and their traditional cuisine. 24/7 front desk service is not guaranteed for this accommodation type.
Sponsored
Niseko Grand Hotel
US$126 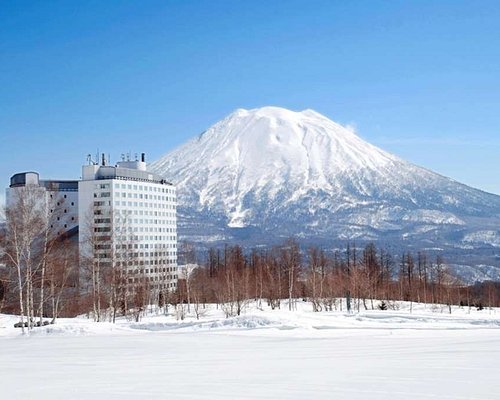 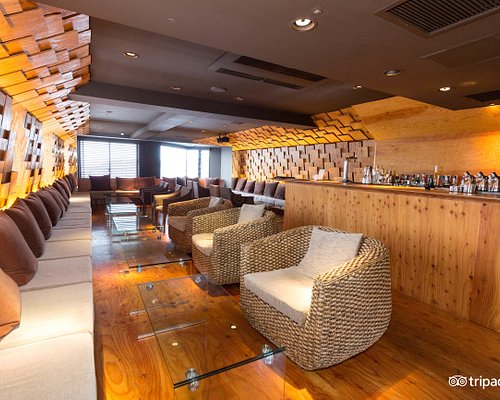 Hotels.com
View deal
Travelocity
Expedia.com
US$164
Orbitz.com
View all 11 deals from US$164
53 reviews
3.9 km from Niseko Kombu Hot Spring Hotel Kanro no Mori
We compared the lowest prices from 11 websites
Sponsored
One Niseko Resort Towers
US$176

We stayed for three nights. My girlfriend and I had the beef shabu shabu for dinner at the small restaurant (the big restaurant is reservation only, Expedia doesn't tell you that when booking) on the first night, and she got really bad food-sickness.

The next day, she couldn't eat anything except a cup noodle, so I ate alone at the restaurant. Had the steamed seafood, which was not great. The next day, she again couldn't eat, so we asked the staff if they could make porridge. After a long ordeal, they agreed to make porridge, but refused to let us sit together in the buffet restaurant, if I wanted to try the buffet dinner at the large restaurant (because I had eaten at the small restaurant two nights in a row and my last meal there was pretty bad).

I had to choose between eating alone at the large restaurant and my girlfriend eating porridge in the small restaurant (which are literally 5 meters apart), or eating again at the small restaurant together. I politely reminded the staff that we had been alone all day and wanted to eat together, that she was so food-sick that she was not going to take any buffet food, and that the food-sickness happened as a result of eating at the small restaurant to begin with, they still refused, citing that it was a "rule" that the buffet restaurant is only for guests eating the buffet, and that no exceptions could be made, even to satisfy a sick customer who just wants to at the same table as her boyfriend.

This review is the subjective opinion of a Tripadvisor member and not of TripAdvisor LLC.
SM888
Kent
1833
Reviewed 26 December 2016
Everything good makes an excellent stay !

We stayed at Kanro in mid Dec 2016. very pleasant stay indeed. Hotel location is quiet away from the crowd, and offers a traditional feel, that's what we wanted. The ground is beautifully surrounding but a forest, very picturesque, 5 minutes shuttle to our favourite Annupuri. Room/bed was comfy with full amenities nothing left out. Breakfast was complete although same selection every day. Dinners were of very high quality and meticulously prepared. ski rental was efficient staff were experienced. Shuttle bus very punctual and worked perfectly no issues at all. Stress free very relaxing stay at this hotel and overall a excellent ski holiday in Niseko.

This review is the subjective opinion of a Tripadvisor member and not of TripAdvisor LLC.
J_YANG_HK
Hong Kong, China
6173
Reviewed 24 December 2016 via mobile
Classic Japanese Ryokan with excellent onsen

We ran into this onsen hotel after an unusually wet snowy day on the slope of Niseko Village, thinking there couldn't be better way to recover from our struggling with the slush, than soaking in a hot spring.

The hotel is located in the famous Konbu hot spring area. The lobby is simple, and tastefully decorated, in traditional Japanese style. Everything is quiet and peaceful here. Even the polite staff are only whispering when greeting us.

The outdoor onsen pool is definitely the high note of the place. There is a big one facing the birch woods, and a small one facing a large clearing. Dipping in the hot pool while watching snow flakes gently falling down and listening the silence of the winter dusk... is simply poetic.

Next time we visit Niseko, Kanronomori will for sure be in our to-do list.

This review is the subjective opinion of a Tripadvisor member and not of TripAdvisor LLC.
coolbreezejg
Singapore, Singapore
118
Reviewed 19 December 2016 via mobile
Better than expected

We arrived at the hotel in the late afternoon, feeling tired after a long drive. We felt good upon arrival as we were warmly received.
On the second night, we made a phone call to the housekeeping to ask for bath robes, speaking in English. The person who answered it did not understand us. After a while, we just decided not to request for the bath robes anymore as the conversation was getting nowhere. We were pleasantly surprised when we received a follow-up call immediately. It is another person who spoke in Mandarin who tried to understand our needs. That is very good service.
We also like the violin and piano duet performed by the musicians at the lobby. It was very good.
We will definitely return when we visit Niseko again.

This review is the subjective opinion of a Tripadvisor member and not of TripAdvisor LLC.
myuubie
Kuala Lumpur, Malaysia
81
Reviewed 23 August 2016
Decent place to stay when hitting the slopes

The hotel has everything you need for hitting the slopes, with frequent enough shuttles to the main ski resorts and in-house ski rental and maintenance. Many resort liner buses drop you off right at the hotel, so it's easy if you're flying in via CTS.

Buffet meals for breakfast and dinner are decent, but nothing to shout about. Rooms are pretty standard as ryokans go.